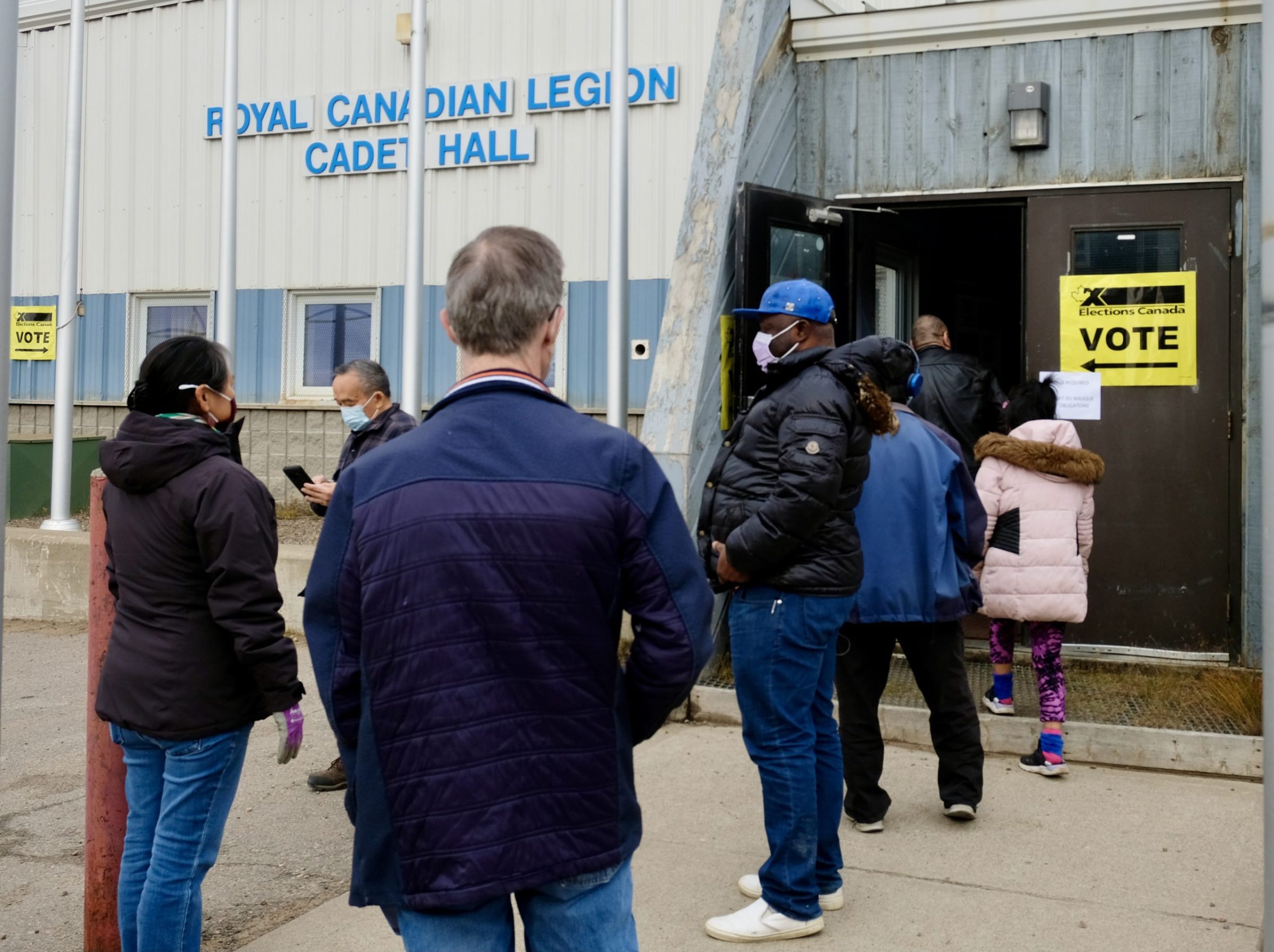 Iqaluit residents are seen here lining up to vote in the 2021 federal election at the Royal Canadian Legion. (File photo by Mélanie Ritchot)

Nunavut MP Lori Idlout hopes to get Indigenous languages included on federal election ballots through a private member’s bill she introduced in the House of Commons last week.

Idlout, an NDP member who was elected last September, tabled Bill C-297, which would amend the Canada Elections Act “to provide that, in certain circumstances, electors are to be supplied with ballots in an Indigenous language,” according to the text of the bill.

It’s not the first time a Nunavut politician has attempted to address the lack of Indigenous languages on election ballots, which are in Canada’s two official languages, English and French.

The absence of Indigenous languages on federal ballots is an impediment to Indigenous Canadians being able to vote, Idlout said in an interview Monday.

In the case of Nunavut, only 34 per cent of the territory’s 21,332 eligible voters went to the polls in September’s federal election, compared to the national turnout of 62 per cent, according to data from Elections Canada.

“I think that, as a way to start ensuring that Indigenous peoples can be engaged in the process is for them to see their languages on the ballot,” Idlout said.

Bill C-297 is not the only area where Idlout has addressed the Indigenous ballot issue.

Asked how getting Indigenous languages on ballots would be implemented, Idlout highlighted a report on that issue by the Procedure and House Affairs committee, to which she contributed.

Among the report’s four recommendations, the committee urged Elections Canada to participate in a pilot project with Elections Nunavut to get Inuit languages on the ballot for the federal riding of Nunavut.

Like government bills, private member’s bills must pass first, second and third readings in the House of Commons and then the Senate to become law. Unlike government bills, they don’t have the backing of the party in power, so it’s harder for them to work their way through Parliament.

However, if they’re not passed or are voted down prior to an election being called, they die.

Idlout said she’s in for the long haul with this bill. As a newer MP in the party with the fourth-highest number of seats, Idlout said her private member’s bill is lower on the list of bills than those proposed by MPs from other parties.

Add to that, the House of Commons will not meet again until September because the legislative sitting came to an end last week.

Idlout said she remains hopeful her bill will pass, and said she thinks the recent agreement her party made to support Prime Minister Justin Trudeau’s minority Liberal government until 2025 buys her time to get it done.

“I’m just very excited to have finally have tabled my first bill,” she said. “I’m really hopeful that it’ll get past all the stages so that we could hopefully, someday, we’ll see it become the law.”