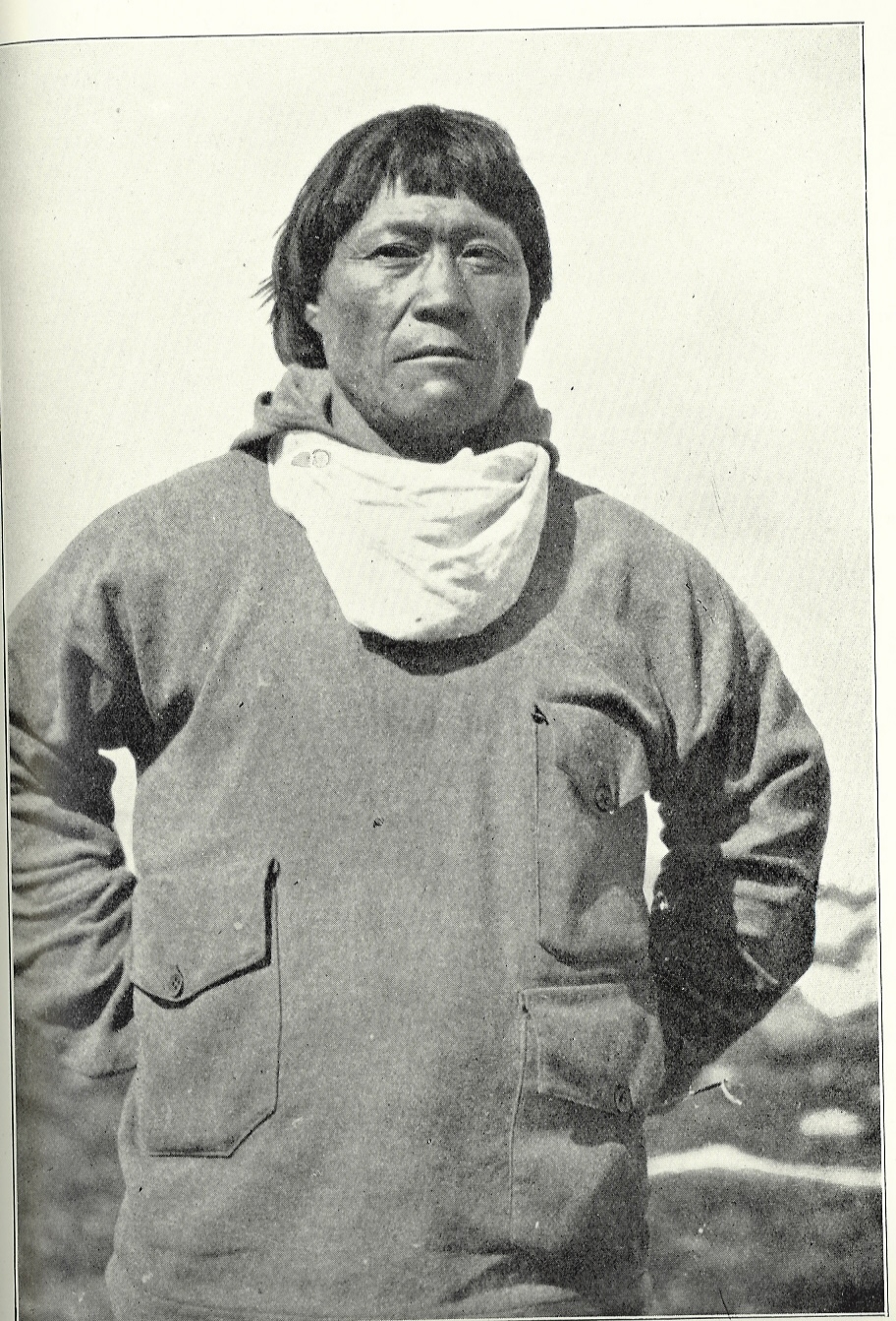 Igjugaarjuk, a shaman and leader of the Paallirmiut. (Photo courtesy of Intellectual Culture of the Caribou Eskimos, Report of the Fifth Thule Expedition 1921-24, Vol. 7, No. 2, facing page 76)

Igjugaarjuk, a powerful shaman of the inland Paallirmiut, met Knud Rasmussen in 1922.

He told him about the spirits that governed the lives of the Inuit of the inland, those whom scientists called the “Caribou Eskimos.”

On the coast, the Inuit feared the spirit Nuliajuq, who governed access to the animals of the sea. But inland Inuit, who depended almost entirely on the caribou, knew nothing of a spirit by that name, fearing instead one called Pinga — the one up in the sky — who was the guardian of all life, both animal and human. They also feared Hila, the spirit of the air.

Rasmussen was interested in how a man became a shaman and asked Igjugaarjuk to describe the training he had undergone. Igjugaarjuk told him that one could only become a shaman through sufferings that are almost enough to kill. Here is his story:

“When I was to be a shaman, I chose suffering through the two things that are most dangerous to us humans, suffering through hunger and suffering through cold. First I hungered five days and was then allowed to drink a mouthful of warm water.… Thereafter I went hungry another fifteen days, and again was given a mouthful of warm water. After that I hungered for ten days, and then could begin to eat, though it only had to be … the sort of food on which there is never any taboo, preferably fleshy meat.… I was to keep to this diet for five moons, and then the next five moons might eat anything. But after that I was again forced to eat the meat diet that is prescribed for all those who must do penance in order to become clean. 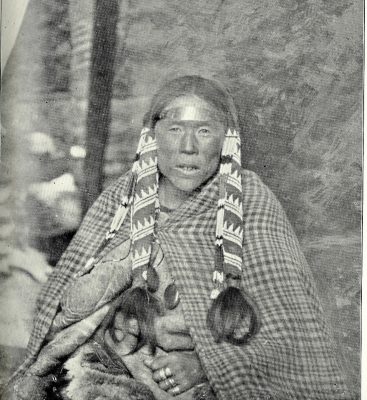 Atqaaralaaq, wife of the shaman Igjugaarjuk. (Photo courtesy of Intellectual Culture of the Caribou Eskimos, Report of the Fifth Thule Expedition 1921-24, Vol. 7, No. 2, facing page 32)

“My instructor was my wife’s father, Perqannaaq. When I was to be exhibited to Pinga and Hila, he dragged me on a little sledge that was no bigger than I could just sit on. He dragged me far over on the other side of Hikoligjuaq. It was a very long day’s journey inland to a place we call Kingaarjuit —the high hills.… It was in winter time and took place at night with the new moon.… I was not fetched again until the next moon was of the same size.

“Perqannaaq built a small snow hut at the place where I was to be.… I was given no sleeping skin to protect me against the cold, only a little piece of caribou skin to sit upon. There I was shut in.… When I had sat there for five days, Perqannaaq came with water, tepid, wrapped in caribou skin, a watertight caribou-skin bag. Not until fifteen days afterwards did he come again and hand me the same, just giving himself time to hand it to me, and then he was gone again, for even the old shaman must not interrupt my solitude.…

“My novitiate took place in the middle of the coldest winter.… Only towards the end of the thirty days did a helping spirit come to me, a lovely and beautiful helping spirit. It was a white woman. She came to me whilst I had collapsed, exhausted, and was sleeping. But still I saw her lifelike, hovering over me, and from that day I could not close my eyes or dream without seeing her.… I have never seen her while awake, but only in dreams. She came to me from Pinga and was a sign that Pinga had now noticed me and would give me powers that would make me a shaman.”

After Igjugaarjuk had endured his time of privation on the land, his teacher, Perqannaaq, came to fetch him. The older man hauled him home on his sled, for the newly trained shaman was too weak to stand. He had slowly to be nursed back to health.

“Later, when I had become quite myself again, I understood that I had become the shaman of my village, and it did happen that my neighbours or people from a long distance away called me to heal a sick person, or to inspect a course if they were going to travel. When this happened, the people of my village were called together and I told them what I had been asked to do. Then I left tent or snowhouse and went out into solitude: ahiarmut, away from the dwellings of man.…

“If anything difficult had to be found out, my solitude had to extend over three days and two nights, or three nights and two days. In all that time I had to wander about without rest, and only sit down once in a while on a stone or a snow drift. When I had been out long and had become tired, I could almost doze and dream what I had come out to find and about which I had been thinking all the time. Every morning, however, I could come home and report on what I had so far found, but as soon as I had spoken I had to return again, out into the open, out to places where I could be quite alone.…

“These days of seeking for knowledge are very tiring, for one must walk all the time, no matter what the weather is like and only rest in short snatches.”

Igjugaarjuk did not think much of the shamans on the coast, those he called salt-water angakkut.

“These angakkut never seemed trustworthy to me,” he told Rasmussen.

“A real shaman does not jump about the floor and do tricks, nor does he seek by the aid of darkness, by putting out the lamps, to make the minds of his neighbours uneasy.”

He summed up his beliefs: “True wisdom is only to be found far away from people, out in the great solitude, and it is not found in play but only through suffering. Solitude and suffering open the human mind, and therefore a shaman must seek his wisdom there.”