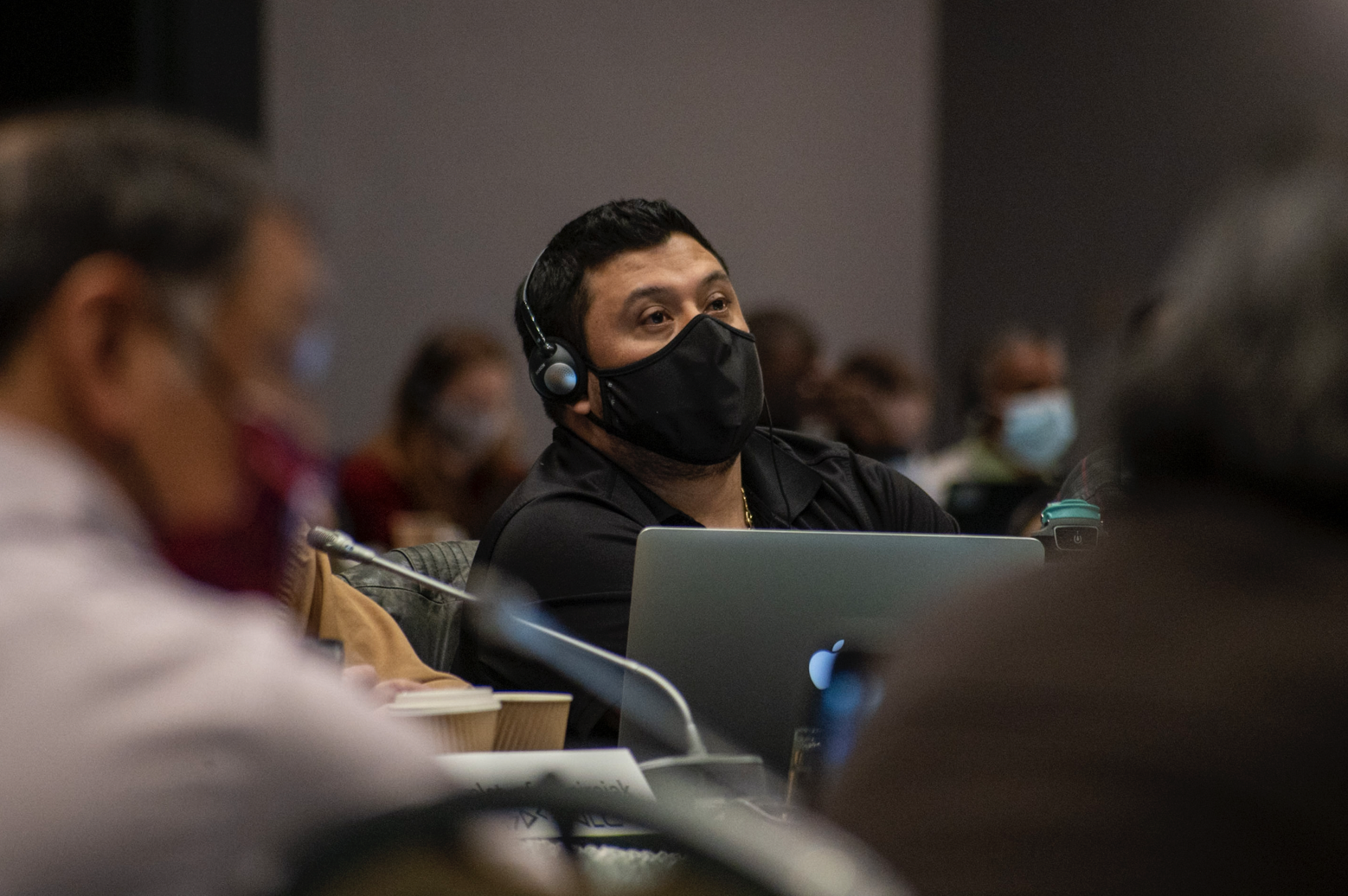 Igloolik Mayor Merlyn Recinos, seen here in a file photo from April, appeared in court Monday after being charged with sexual assault and forcible confinement in March. (Photo by David Venn)

Igloolik Mayor Merlyn Recinos has been charged with one count of sexual assault and one count of forcible confinement for an incident that happened in the hamlet on March 13.

His lawyer, Alison Crowe, says her client denies the charges.

“Mr. Recinos strongly denies these accusations and intends to contest them in court,” she wrote in an email to Nunatsiaq News.

His first appearance was on Monday by teleconference.

His next court date is on Sept. 1 at 9:30 a.m. in Igloolik, where Recinos will choose whether he wants his case to be heard by a superior court judge, or a judge and jury.