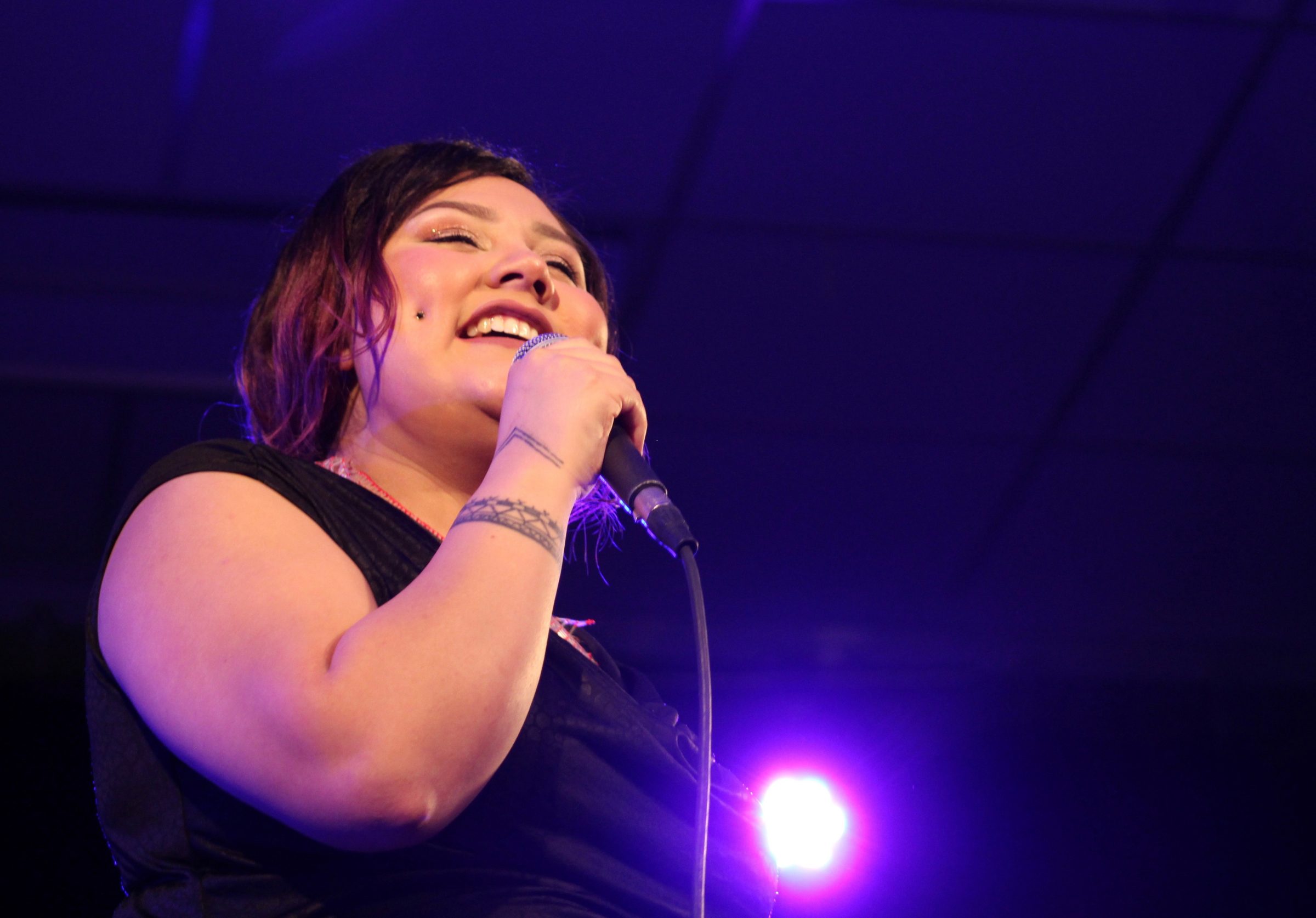 Angela Amarualik shown here in a 2019 file photo, is one of the artists who will perform at the NUPOP concert in Iqaluit on Oct. 1. (Photo by Emma Tranter)

Angela Amarualik says it took her one year to write her first song when she was 16 years old.

“That’s how bad I wanted to become a songwriter,” she said.

Now 20, the Igloolik singer-songwriter was the opening act for Juno-nominated Vancouver pop-rock singer Hannah Georgas on Saturday night at Inuksuk High School in Iqaluit. The concert was hosted by the Alianait Arts Festival.

“My friends are huge fans of Hannah,” said Amarualik after the show. “I was so excited when I was asked to open for her. It was huge. It was special.”

Amarualik, who released her self-titled album in November 2018, is nominated for three Indigenous Music Awards this year, including Best New Artist. She said she had no idea she was nominated until she saw a post on Facebook from her friend, the Inuk singer-songwriter Colleen Nakashuk, who performs as Aasiva.

“I was having a really bad day and was happy to know my friend was nominated. I was curious to see who else was nominated and then I saw a picture of me. I couldn’t believe it,” she said.

Growing up, Amarualik said she was inspired to learn music because her father and brother both played guitar.

“I wanted to learn too, but my hands were too small to play,” she said. 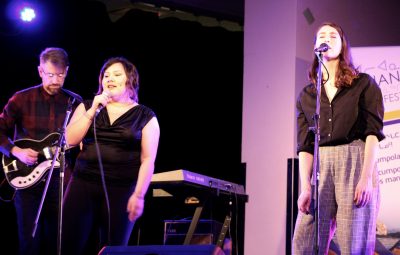 Instead, she taught herself the ukulele after watching tutorials on YouTube. Although she still uses her ukulele to write songs, she said she mostly performs with pre-recorded tracks made with her producer, Thor Simonsen.

She said she wrote one of her songs, titled “Life,” after losing friends in her community to suicide. She said she hopes the song will help people feel closer to each other.

“I wrote it to help my friends, because people don’t really talk about their feelings. I tried to talk about myself to hopefully connect with other people,” she said.

The track features recordings of coos and giggles from Simonsen’s baby, who Amarualik said was five to seven months old at the time.

Georgas opened her set with her version of the Eurythmics’ “Love Is a Stranger” from her new EP, “Imprints,” which features four cover tributes to female artists, including Janet Jackson and the Cranberries. The album was released this year on International Women’s Day. It was Georgas’ first time in Iqaluit. 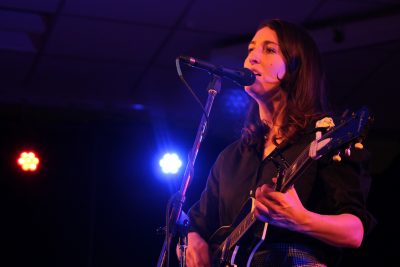 “It’s an honour and pleasure to come up to Iqaluit,” she said. “It’s fascinating and gorgeous. I feel like I’m definitely in another world up here and I love it.”

Georgas invited Amarualik to join her on stage at the end of the show to perform Georgas’s song “Elephant” with Amarualik throat singing in accompaniment.

Georgas will continue to tour Canada this summer, with her next show in Saint Andrews, N.B., on May 18.

Amarualik will perform at the Indigenous Music Awards in Winnipeg on May 17 and said she hopes to make another album within the next two years.