Over 750 children outfitted with new clothes and footwear 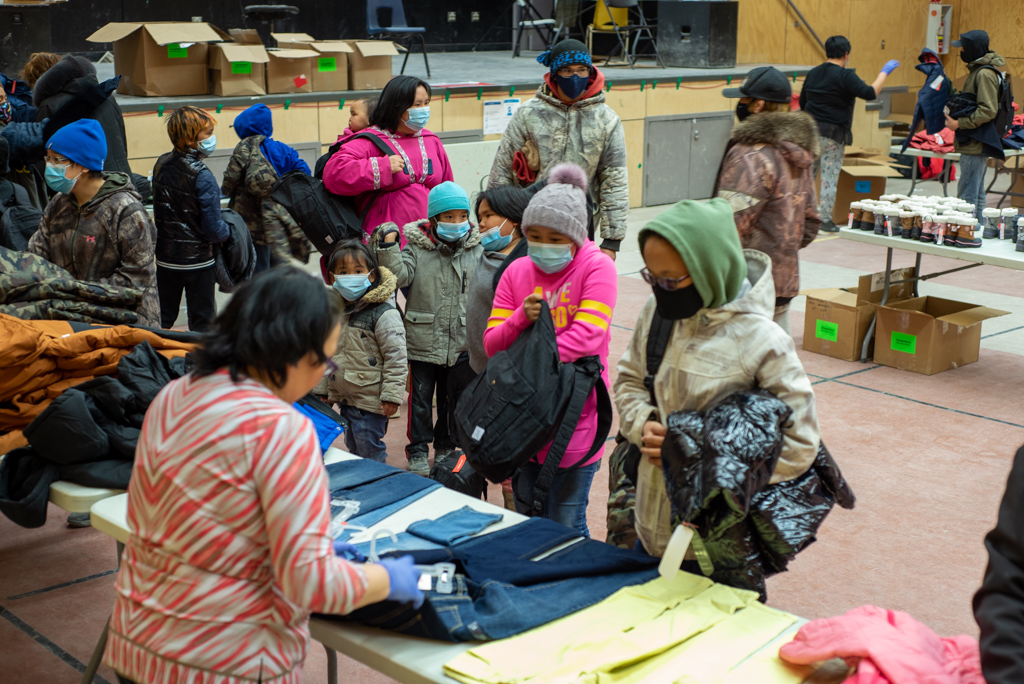 Students in Igloolik will be bundled up for winter after receiving new gear from a clothing drive.

Held at the Igloolik Community Hall on Sept. 18, the event was a collaboration between a local schoolteacher, corporate sponsors and transportation specialists that helped outfit over 750 youth with new coats and footwear for winter.

The idea for a winter clothing drive was sparked last January when Colleen Chau, a Grade 4 teacher at Ataguttaaluk Elementary School, noticed that many of her students were wearing the same clothes throughout the year, even as temperatures dipped in winter.

“I noticed a lot of kids who really weren’t dressed well for the weather — they just had jackets and hats,” said Chau.

Some of her students were arriving to school with frostbite, she said, and were missing clothes like socks and proper winter boots.

“It can get pretty cold up here, like negative 40 in the winter,” she said.

That was when Chau, who hails from Winnipeg originally, began looking into different organizations around Canada who might be interested in partnering for a clothing drive. She contacted the Salvation Army’s Alberta and northern territories division and inquired about what could be done to outfit her students.

“It was originally a really small project, so initially I had clothing for [just] my class,” explained Chau, who this year teaches 24 students. Chau’s initial request, however, it kicked off a larger-scale project that saw corporate sponsors contribute to the cause.

The next challenge was to transport all the gear from southern Canada to Igloolik.

“We didn’t really know the logistics of getting large allotments of boxes moved up north and then the cost of that too,” said Chau.

That’s when organizers reached out to Baffinland Iron Mines Corp., which operates the Mary River mine on Baffin Island. Because of the mine’s nearby location, the company was well equipped to ship eight pallets of gear to the community.

“It was a bit of a dream team in that sense,” said Chau, “in terms of national companies who also have the logistics team to put the time and effort to do this thing, fairly accurately effortlessly.” 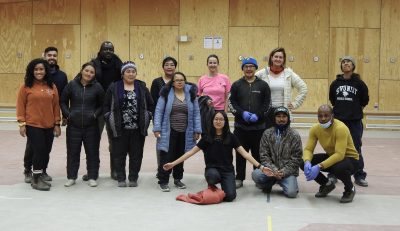 The result was a project that expanded from one classroom to an entire community, with students from kindergarten to Grade 12 receiving winter clothing. “I was really grateful that they came within September […] before the snow came so kids will be ready for the winter,” said Chau, who added that the volunteers who helped distribute the clothing and support the event were crucial to its success.

Since the event, Chau shared it’s been fun seeing her students show off the clothing they picked out.

“It’s been pretty cute walking around town and every kid I run into is wearing a brand-new jacket,” she laughed. She added that families who couldn’t pick up their clothing at the event are still able to do so by contacting organizers.

While there are no official plans yet for another clothing drive next year, Chau said the companies involved have indicated they’re interested in participating in similar events in the future. She’s happy that this year, at least, organizers were able to make an impact.

“Fostering this type of project on a small island which doesn’t have a huge presence was really quite amazing,” said Chau. “The North comes together to make it work.”