I’m proud to be “a true Eskimo,” Nunavut MLA declares 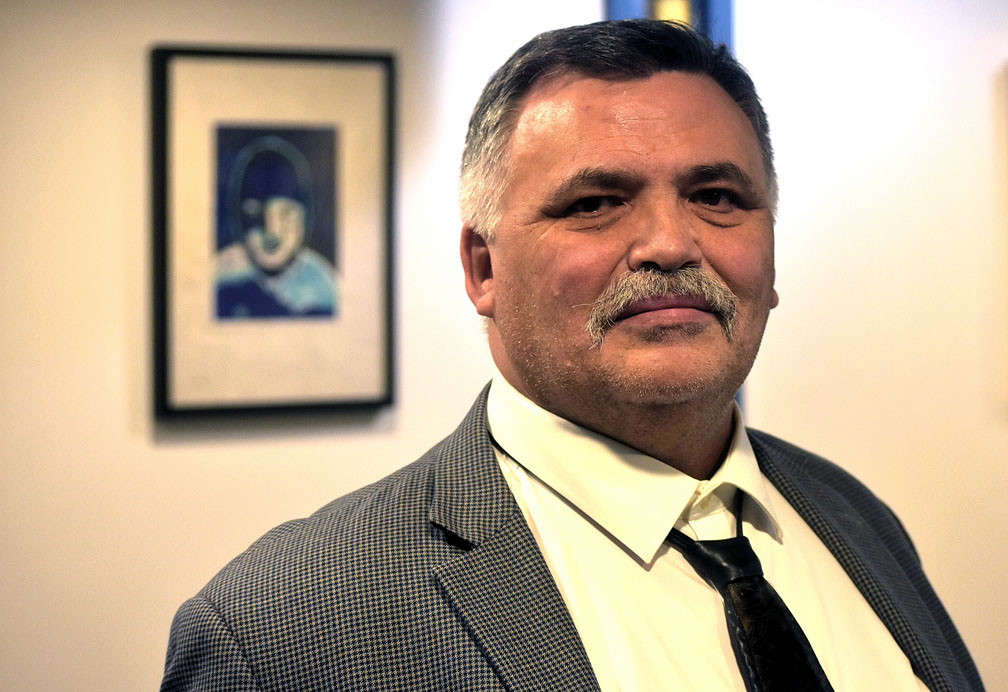 “I am proud today to be able to stand up as a true Eskimo,” Rankin Inlet South MLA Lorne Kusugak said in a members’ statement supporting the Edmonton CFL club’s decision to keep its name. (File photo)

Following a decision by the Edmonton Eskimos CFL club to keep its name, one Nunavut MLA and cabinet minister says he can’t understand why the team’s name ever became a controversy in the first place.

“Mr. Speaker, there was absolutely no offence taken to the word ‘Eskimos’ in the ‘70s, and I assure you the meaning of the word ‘Eskimo’ hasn’t changed from the ’70s to today. Everybody just needs to slow down and take a breather,” Lorne Kusugak, the MLA for Rankin Inlet South, said in a member’s statement on Thursday, Feb. 20.

This past Feb. 14, the Edmonton football club announced that, after a lengthy consultation, they’ll keep the name “Eskimos.”

That’s in reaction to a campaign that Natan Obed, the president of Inuit Tapiriit Kanatami, launched in 2015, on the grounds that many Inuit are offended by the term “Eskimos” and do not want to be used as mascots by a professional sports team.

But Kusugak said he’s never been offended by the term.

“Mr. Speaker, I’m proud that the Edmonton Eskimos will keep the name. Everybody else who thinks it is offensive, settle down, take a valium, and don’t be so sensitive,” he said.

He explained that when he was a young boy in the early 1970s, he watched a game between the Saskatchewan Roughriders and the Edmonton Eskimos on Rankin Inlet’s first television set, even though he knew nothing about football.

After his mother sat down to watch the game with him, he asked her who she was cheering for.

“She said, ‘The Eskimos, because I’m an Eskimo too,’” Kusugak said, provoking laughter and applause from his colleagues.

So for that reason, he says he’s happy about the team’s decision.

“I am proud today to be able to stand up as a true Eskimo,” he said.