Study looks at blubber to measure the stress hormone cortisol 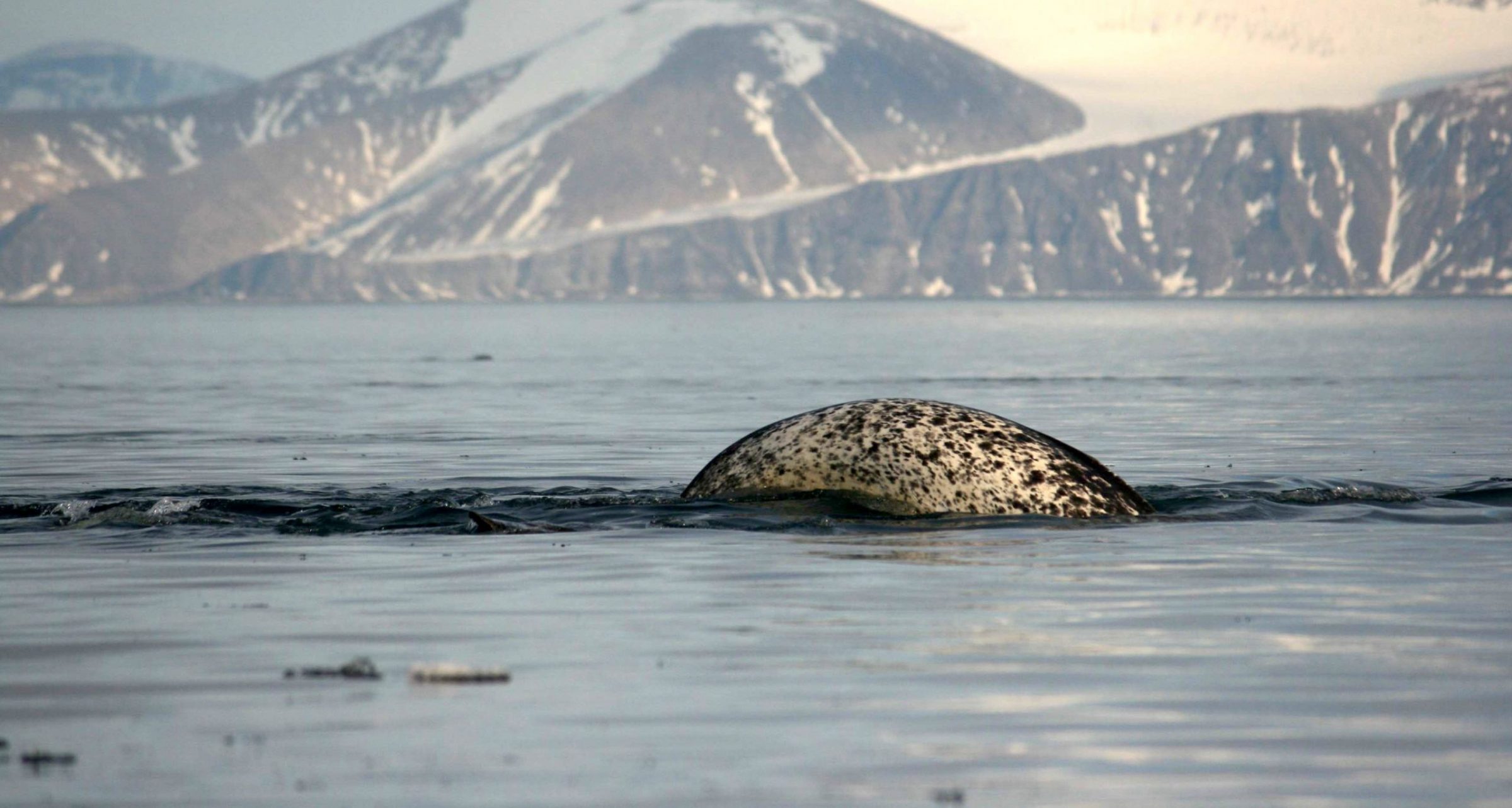 A narwhal swims in icy north Baffin waters. A new study of narwhal blubber from Eclipse Sound shows narwhals there produce increased amounts of a hormone linked to stress during times of increased shipping. (Photo by Kristin Westdal, courtesy of Oceans North)

Researchers have found evidence to suggest increased marine traffic is stressing out narwhals.

A new study, discussed on Tuesday, Dec. 8, at the ArcticNet science conference, has found the stress hormone cortisol increased in the marine mammals by 200 per cent after more vessels started visiting Eclipse Sound, near Pond Inlet, after 2006.

Eclipse Sound, located off north Baffin Island, is home to the world’s largest population of narwhals. It’s also where the Mary River iron mine project is located.

Black is a zoo and wildlife veterinarian and clinical associate professor at the Faculty of Veterinary Medicine at the University of Calgary. She gave her talk during a session on shipping.

Cortisol is sometimes called the “fight-or-flight” hormone. It’s released by the adrenal glands.

It helps mammals deal with stressful situations, but it can also be harmful to health, affecting, among other things, the reproductive system.

Entrapment occurs when ice movement reduces the amount of places through which narwhals can come up for air. This can cause hundreds of them to crowd a single hole, where they run the risk of freezing.

While the 2015 entrapment event resulted in the highest levels of cortisol, Black called the 200 per cent increase after more vessels started visiting Eclipse Sound “significant.”

Increased boat traffic isn’t the only thing that stresses narwhals. Changing ice conditions, access to food, an increase in predation by killer whales and cumulative impacts from these sources likely all contribute, Black said.

This isn’t the first time researchers have used cortisol to gauge stress in whales. In 2018, they looked at beluga blubber sampled from the Beaufort region. That study didn’t find any significant sources of stress, and the data collected is considered baseline.

More presentations continue through Thursday at the ArcticNet conference, an annual science event that has gone virtual this year.