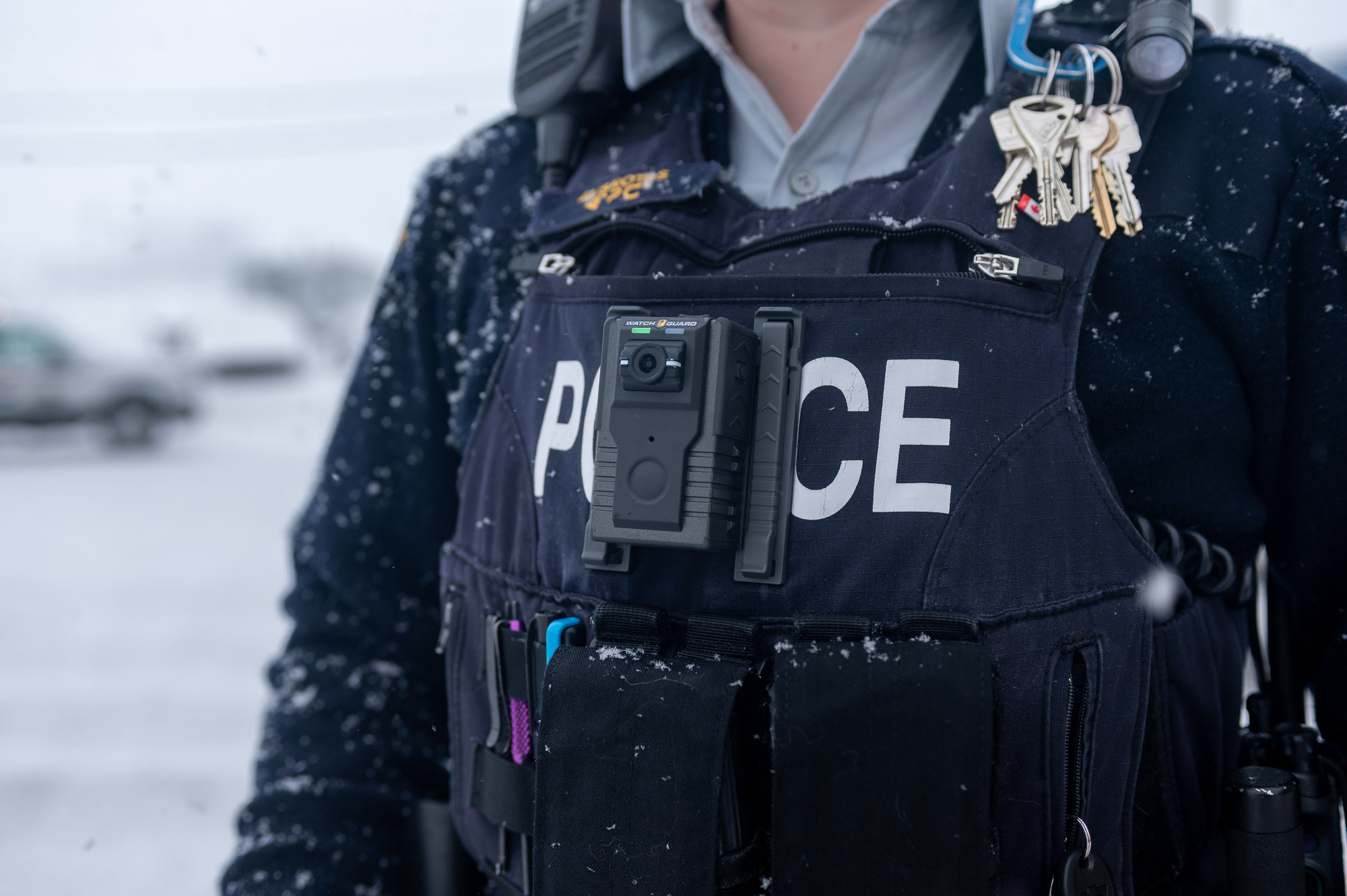 Since Jan. 11, four out of six Iqaluit RCMP officers per shift are now equipped with body-worn cameras. The devices are part of a six-month pilot program meant to inform a broader rollout across the territory. (Photo by Dustin Patar)

As the RCMP’s body-worn camera pilot program expands in Iqaluit, the law enforcement experts and RCMP members themselves are reflecting on its successes, and limitations.

Since Jan. 11, four Iqaluit officers per shift have been equipped with body-worn cameras, up from two.

The program is a first step towards the use of the devices across the territory and beyond.

The National Police Federation, the union representing roughly 20,000 RCMP members, has been watching the pilot project, and early this month issued six recommendations regarding the rollout of the cameras nationally.

They range in topics from officer workload to hardware issues and privacy concerns.

But the recommendation that stands out to Seth Stoughton, an associate professor of law at the University of South Carolina, deals with clarity about the objectives of the cameras.

“This is really important and it’s something that police agencies in the United States have largely failed to do,” said Stoughton, himself a former police officer.

Other experts from both the United States and Canada have echoed the same belief, that the effectiveness of RCMP body cameras will depend on clear goals and policies.

“The best analogy that I can give you is that body-worn cameras are a tool, just like a hammer is a tool,” Stoughton said.

“If you want to drive a nail, a hammer is a pretty good tool to use. If you want to pull a nail out, a claw hammer makes sense … If you’re trying to get the ice off your windshield, you don’t use a hammer, right?”

“If I’m replacing an engine in a car, I didn’t just use one wrench, right? I used multiple tools. So if we use that analogy, that’s what body-worn cameras are, but one tool,” he said.

“So if the public sees that I’m talking to you and you’re wearing a camera, somewhere in there, that recording can either help support what occurred or help support it did not occur. That’s it.”

Increasing trust and transparency will require more than just the cameras, MacIntosh said.

“How we interact with the public, how we address the systemic issues, how we support the communities, how we deal with restorative justice … attitudes of officers, education around specifically the needs of Nunavummiut, those are all the other tools that help change the engine in that car.”

The success of the pilot project will be measured, in part, through public perception, though MacIntosh said that will take time.

“A six-month pilot isn’t going to answer that question,” he said. “Let’s have that conversation five years from now.”

Between Nov. 30, when the program began, and Jan. 19, officers responded to 1,440 calls resulting in 916 videos, totalling more than 153 hours of footage, according to MacIntosh.

“All in all, I would say that it’s been successful,” he said.

While no additional changes have been made to the policy since the first two weeks of the program, MacIntosh said that a few cases of having cameras inadvertently turned off prompted a change that now requires officers to press the record button twice to stop a recording.

The RCMP conducted a survey meant to gather public feedback on the cameras. But “the vast majority of people [who have responded to the survey] have been non-Indigenous and have not interacted [with officers equipped with the cameras] and they’re just offering their opinions,” MacIntosh said.

In an effort to change this, MacIntosh said the RCMP is looking to partner with governments or organizations. As vaccines continue to be distributed across the territory, in-person town halls may be considered for April, he said.

Phase three of the pilot project is scheduled to begin on Feb. 15 and will involve all six officers per shift equipped with the devices.

The body-worn camera program is set to conclude on May 31.