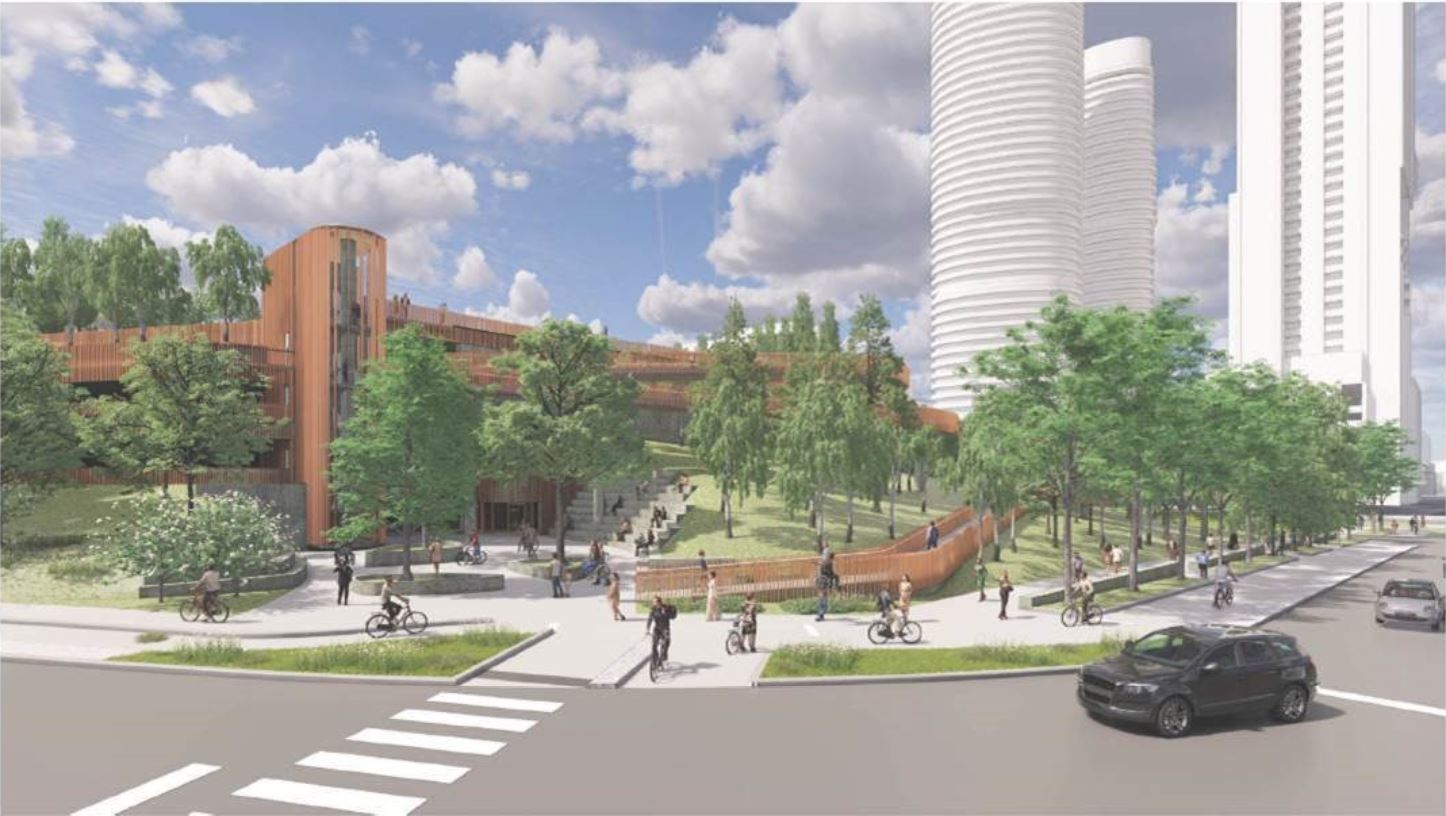 The Ottawa Hospital’s $2.8-billion new campus development will be located on Carling Avenue next to Dow’s Lake and is set to be complete in 2028. (Photo courtesy of the City of Ottawa)

The Ottawa Aboriginal Coalition wants the city to reconsider its approval of plans for a property where 750 trees are to be cut down to make room for the new Ottawa Civic Hospital campus.

Instead, the coalition wants the land used as a reconciliation space for urban Indigenous people and all Canadians who live in Ottawa.

In February 2018, the federal government announced plans to lease about 50 acres to the Ottawa Hospital for its new campus. It’s currently a public green space, home to historic trees and an ornamental hedge collection.

In February of this year, Ottawa City Council’s planning committee approved a development plan for the site.

So far 159 trees have been taken down, with the rest to be removed later.

“We do not believe that a hospital that is intended to restore health should be a part of a process that would destroy something that also restores our health,” said coalition co-chair Stephanie Mikki Adams, who is also executive director of Inuuqatigiit Centre for Inuit Children, Youth and Families.

“The trees and the land, as we all know, are essential public space that needs to be maintained in order to support the health and wellbeing of our community and for the planet.”

An alliance of 10 Indigenous service organizations including Tungasuvvingat Inuit and the Inuuqatigiit centre, the Ottawa Aboriginal Coalition provides front-line programs and services to First Nations, Inuit and Métis people living in the National Capital Region.

That includes working to improve the health of urban Indigenous people — including the few thousand urban Inuit in Ottawa — and foster reconciliation in the city.

The decision to clear land to build the hospital there will negatively impact that work, said Adams.

The Ottawa Hospital’s new campus development will be located on Carling Avenue next to Dow’s Lake. The new hospital will be the major referral centre for eastern Ontario, western Quebec and Nunavut, as well as the Eastern Ontario Trauma Centre.

Joan Riggs, a facilitator with the coalition, said the city did not consult Indigenous communities and organizations about the decision to cut down the trees.

She said what the coalition wants instead is a moratorium on the land, with the new hospital built at another location and the current site used as a reconciliation space for urban Indigenous people and all Canadians who live in Ottawa.

“A lot of the elders said the same thing, which is, ‘If I had known about a real consultation process, I would have come and spoken to this.’ It feels like it’s really underhanded.” she said.

In an emailed response, Ottawa Hospital media relations officer Rebecca Abelson said the hospital “engaged directly with community partners including regional hospitals, patient advisers, all levels of government, and Indigenous communities throughout the process of planning the new campus development.”

The hospital has also been working with its own Indigenous Peoples Advisory Circle, a group of organizations that represent or serve the needs of urban Indigenous communities, Abelson said.

Riggs said service organizations that are part of the coalition will continue to push for the land to be used as a space for reconciliation.

She said there is a big difference between programming indoors and outdoors. Land-based activities like cutting up country food together, which take place out on the land, help “reconnect to identity, to culture and just to the relationship we have with Mother Earth” more effectively.

While the land has since been partly cleared, Riggs added that continuing to advocate for a space for reconciliation is essential for healing given the challenges over the past couple of years.

That includes isolation caused by COVID-19, the discovery of remains of Indigenous children at former residential school sites across the country, and more recently the occupation of the downtown by “Freedom Convoy” protesters.

“Throughout these two years, we’ve kept saying the same thing to the city: Help us have land that will actually restore balance.”