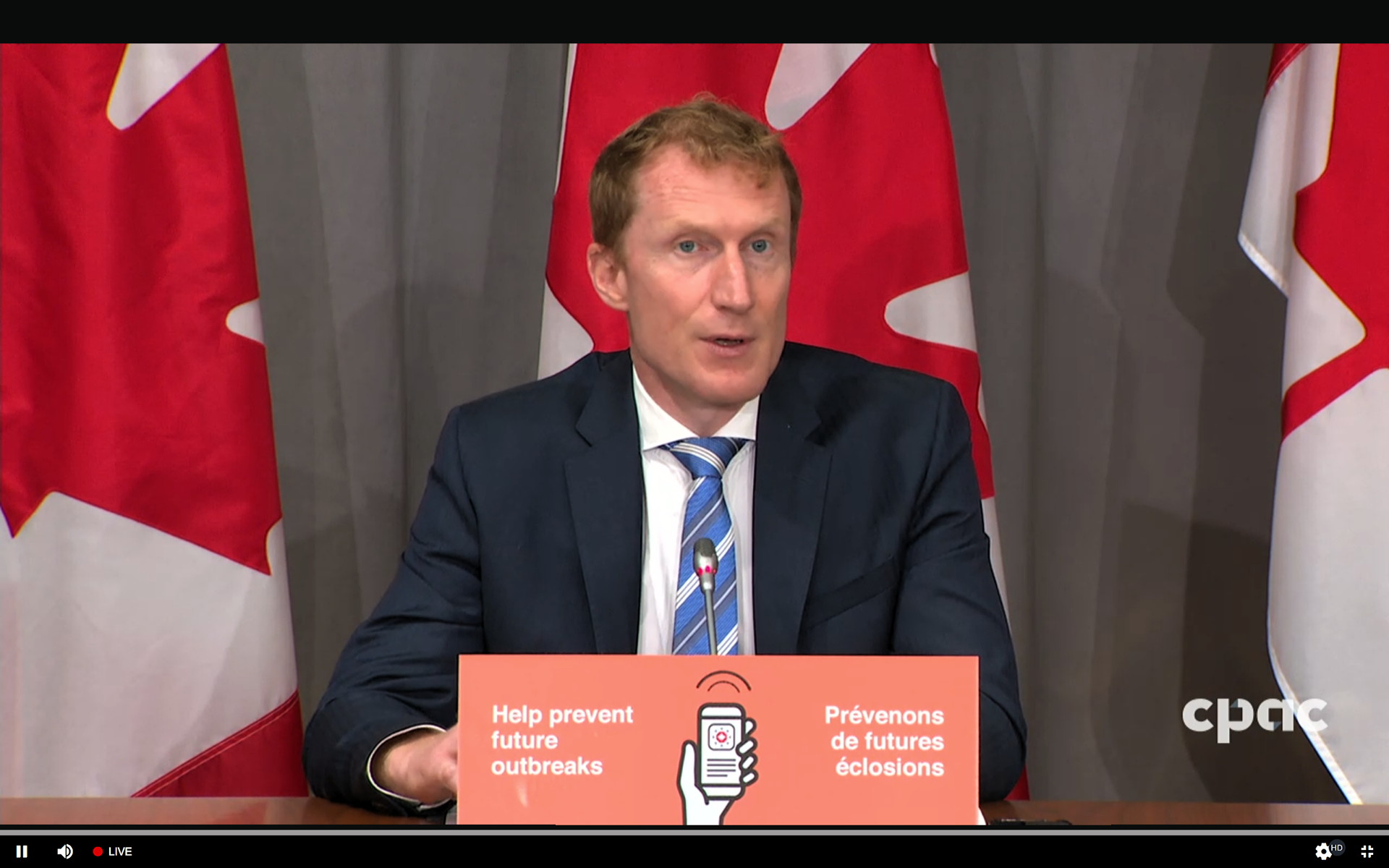 Marc Miller, the Indigenous services minister, says he stands by comments he made about an incident this summer, when an Inuk man in Kinnagait was hit by the door of a moving RCMP truck in June. Earlier this year, he called it a degrading and dehumanizing act. (CPAC screenshot)

Indigenous Services Minister Marc Miller is not shying away from criticism he levelled at an Ottawa Police Service decision this week to clear an RCMP officer accused of assaulting an Inuk man with his truck. 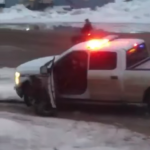 This screenshot from a video posted by a Kinngait resident on Facebook shows the moment when a man is knocked to the ground with the open door of an RCMP truck. (Screenshot from Facebook)

“I saw what I saw,” he said during a news conference on Wednesday, Dec. 2, referring to a video that went viral on social media showing the June 1 incident.

In the video, an RCMP officer based in Kinngait appears to use the door of his moving RCMP vehicle to push a man to the ground from behind. The man is then swarmed by four officers.

In an interview with Nunatsiaq News, Miller reiterated comments he made earlier in the year that he feels what that officer did was a “degrading and dehumanizing act.”

“It continues to erode the already thin trust that exists between communities and forces that are designed to serve and protect them,” he said.

“I don’t hesitate to speak publicly on these issues, these are things that Canadians care about.”

The Ottawa Police Service acts as a third-party investigator in major incidents that involve the RCMP in Nunavut. It released a review of the incident on Dec. 1, concluding it was accidental.

OPS said that as the truck came to a sliding stop, the tilt of the vehicle caused the driver’s door to swing out and strike the man.

Investigators interviewed 14 witnesses, including other officers who were on scene, and looked at other evidence such as the video and the vehicle involved.

Miller said he views the incident as an example of systemic racism within the force, and evidence of the need for police reform.

“You have to attack it in a different way than you would in a one-off event,” he said. “You need to do more than policy whack-a-mole and really attack the entire system.”

He referenced the throne speech from the fall, when the Liberal government promised to reform the RCMP and address inequalities within Canada’s criminal justice system.

As the country moves through the second wave of the COVID-19 pandemic, Miller also took the time to talk about how some Indigenous people “have a legitimate skepticism” about the Canadian health-care system, which has historically under-served Indigenous communities.

He said mending that relationship is critical right now, “as we try to deploy a vaccine in record time so that we keep people safe.”

“My role is to ensure Indigenous peoples are served,” he said.