Pangnirtung one of 12 communities in project 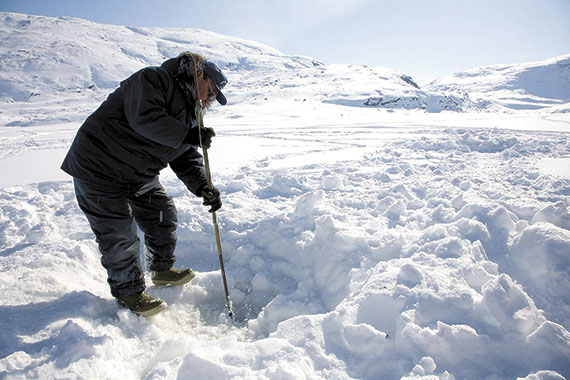 This man ice fishes near Pangnirtung, one of among 12 communities around the world that are involved in a global project on traditional indigenous foods. (PHOTO COURTESY OF KP STUDIOS AND HARRIET KUHNLEIN) 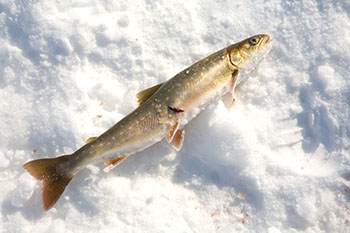 Arctic char is a mainstay of the traditional diet in Pangnirtung. (PHOTO COURTESY OF KP STUDIOS) 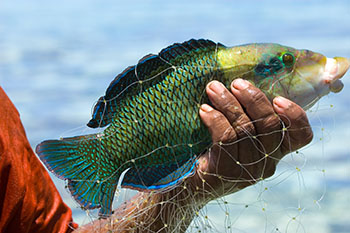 This reef fish is a mainstay of the traditional diet in Pohnpei, Micronesia. (PHOTO COURTESY OF KP STUDIOS) 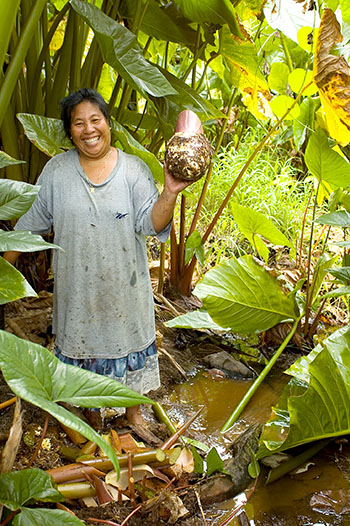 A woman from Phonpei, Micronesia holds up a giant swamp taro, a favorite traditional food in Pohnpei, Micronesia. (PHOTO COURTESY OF KP STUDIOS AND HARRIET KUHNLEIN) 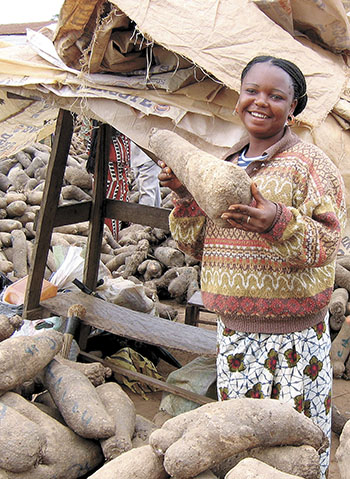 A woman holds up a giant yam at a market in the Igbo territory of Nigeria. (PHOTO COURTESY OF KP STUDIOS AND HARRIET KUHNLEIN)

Getting people off chips and pop and back into country foods like seal: that’s among the goals of a health promotion project in Pangnirtung.

Pangnirtung is one of 12 indigenous communities around the world involved in a project to protect and promote healthy and locally-available foods which indigenous peoples have traditionally harvested and eaten.

In addition to Pangnirtung, this project involves 12 indigenous communities in Japan, Thailand, India, Pohnepei, two African locations, Peru and Columbia as well as the Gwich’in in the Northwest Territories and the Nuxalk Nation in British Columbia.

A mix of traditional knowledge, story telling and country food will be used to help turn more people back to a healthy diet in Pangnirtung, Looee Okalik of Pangirntung told a session on indigenous food systems at the recent International Congress on Circumpolar Health in Yellowknife.

Okalik works with the Inuit Tapiriit Kanatami in Ottawa, which is promoting the project along with McGill University’s Centre for Indigenous Peoples’ Nutrition and the Environment.

The diet survey determined that Pannituumiut also consume a lot of country food.

But less-nutritious store-bought foods are eating into the traditional diet, which is rich in nutrients and vitamins, and putting them more at risk of developing obesity, heart disease and diabetes.

Narwhal, seal, caribou and beluga, when consumed regularly and in ample quantities, likely yielded all nutrients Inuit needed in the past, says the diet survey.

This traditional diet was low in carbohydrates, which are plentiful in commercial products like bread and pasta or sweetened pop, juices and candies.

Inuit used to get all the carbs they needed from raw meat and blood, plants, berries and caribou stomach contents.

“The current exposures to high amounts of refined carbohydrates are alarming,” the survey says.

Pangirtung is one of the most food-rich places in Nunavut, with 79 local species that can be eaten, including shrimp, cod, clams, Arctic char, caribou, seal, whale, rabbits, seabirds and berries.

And, as market food competes with traditional food, many in Pangnirtung now worry about where the next meal will come from— because it’s expensive to buy food.

Eight in 10 per cent worry that “our food will run out before we get money to buy more,” and half say they don’t have “country food when I want to eat it.”

Half the households in Pangnirtung say they run short of food during the year.

Activities to promote the use of more country foods and healthy store-bought foods will be fun, Okalik said.

Involving radio, schools and stores, they’ll also be inexpensive and able to be duplicated across the Inuit region, she said.

But more access to affordable market food and country food is needed to guarantee these efforts’ success.

A push for more government policies to prevent environmental damage, contamination to the food chain and climate change is also part the larger global project, whose findings have been published in a book called Indigenous Peoples’ Food Systems.

Indigenous food systems are “treasures of knowledge,” which are increasingly affected by globalization, according to Dr. Harriet Kuhnlein, the founding director of CINE, who led the global project on indigenous peoples’ food systems with Chief Bill Erasmus.

“Indigenous peoples must take charge and control of this food system,” she told the Yellowknife conference.

But man-made change, largely out of control of indigenous peoples, is a big obstacle, said Charlie Snowshoe, who presented the Gwitch’n part of the indigenous foods project at the conference.

Ducks used to make a noise “like a jet landing” when they set down at a nearby lake because they were so numerous, Snowshoe said.

But when Snowshoe recently went back to visit this lake, he found there were no ducks at all. He said he believes the development of the Alberta oil sands killed them off.

Snowshoe said most youth in his community now receive only a small part of their energy from local foods, “which is very sad, very very sad.” More than three in 10 are obese.

Thanks in part to its participation in the indigenous foods project, the picture has improved among the Nuxalk who live in the Bella Coola valley of British Columbia.

Their main food in the past was the ooligan, a fatty and plentiful fish, which provided a rich package of vitamin A, calcium, iron, zinc, fatty acids, and four heavy metals.

Ooligans, which are similar to smelt, are also known as candlefish because they have so much grease they can be lit like candles.

Part of the Nuxalk culture for thousands of years, ooligans are no longer found in Bella Coola in large numbers— due to climate change or over-fishing— so many among the Nuxalk have turned to less nutritious, imported foods.

But since the health promotion project started, the Nuxalk have held many fitness events and feasts, and upped the total amount of traditional foods, such as sockeye salmon, fish roe and berries, which people eat.

The next stage of the project in Pangnirtung will also see whether all the activities planned for this community can also help change people’s habits.

Copies of the Indigenous Peoples’ Food Systems can be ordered from this site. 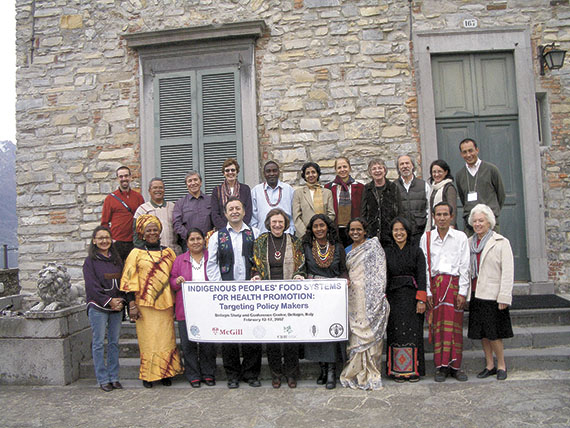 Looee Okalik of Pangnirtung, shown at the bottom left in the first row, was among the representatives from the 12 indigenous communities met regularly to discuss their global project on indigenous food systems and health. (COURTESY OF KP STUDIOS)