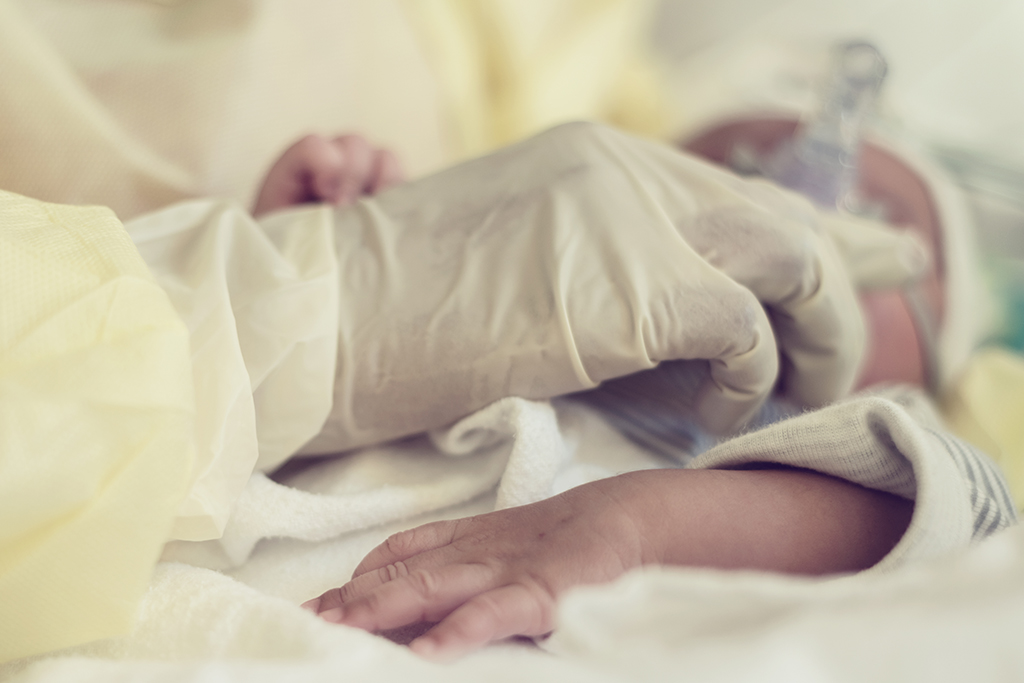 Healthy, full-term Inuit babies in Nunavut are not eligible for palivizumab even though they have four to 10 times the rate of hospital admission compared to “high-risk” infants. (Philippe Put/flickr, CC BY-SA)

By Anna Banerji, David Suzuki and Faisal Moola
The Conversation

Inuit infants living in Arctic Canada have some of the highest rates of hospitalization and intensive care unit admission in the world due to a virus called respiratory syncytial virus (RSV).

Most children who get the virus come down with a cold, or mild respiratory illness, but RSV can also lead to pneumonia, inflammation and blockage of small airways in the lungs (bronchiolitis) and death.

In the Arctic, sick babies are often evacuated by air ambulance to regional hospitals and hospitals in southern Canada and can spend prolonged time in intensive care units.

These hospital stays stress families, which may be separated during the prolonged treatment, and comes at a great expense to the health-care system. Many children suffer from the long-term consequences from hospitalization, such as damage to the lungs, asthma, and some die.

Read more: More than one in 100 Nunavut infants have TB

The underlying social and environmental determinants of Inuit health are exacerbated by the legacy of colonialism, including forced relocation and extreme poverty. Yet these RSV hospital admissions are largely preventable with access to life-saving medication.

RSV admissions can be drastically reduced with an antibody drug called palivizumab, which is routinely given in other parts of Canada for infants considered at high risk for RSV, such as premature babies or those with significant heart conditions. A growing chorus of doctors and other medical experts are calling for the Nunavut and Canadian governments to make the antibody available to all Inuit infants living in rural communities in Nunavut.

Hospital admissions from RSV infection are also extremely high in other regions of Nunavut. In Kitikmeot, the rate of hospital admissions for lower respiratory tract infections reached 590 per 1,000 live births in the first year of life between the beginning of January 2000 and the end of December 2004.

The reasons for the elevated rates of RSV and resulting lower respiratory tract infections among Inuit babies are not fully understood. Medical experts believe Inuit children have a number of genetic, social and environmental risks, including overcrowded housing, exposure to cigarette smoke, poverty, food insecurity and poor access to necessary health care, especially for those living in isolated Arctic communities.

While palivizumab is effective at preventing RSV, it’s expensive ($6,500-$7,000 per child per season) and it must be administered monthly during the time of year when Inuit babies are at risk of exposure to the virus, usually between January and June.

Due to costs, the Government of Nunavut currently restricts the use of palivizumab to those traditionally considered to have a “high risk” of contracting the virus. Healthy, full-term Inuit babies are not eligible even though they have four to 10 times the rate of hospital admission compared to “high-risk” infants.

Research shows it’s less expensive to provide the antibody to full-term Inuit babies in rural communities in Nunavut as a preventative measure, than to incur the risks and astronomical costs of medical evacuations and prolonged hospitalizations resulting from RSV infection.

A recent review of the cost-effectiveness of palivizumab in different populations in North America supports this approach.

Pediatricians and other doctors have been calling for better access to palivizumab in northern communities for more than a decade. In 2018, the Canadian Paediatric Society said doctors should consider administering palivziumab to term Inuit infants under six months old in communities with high RSV hospitalization rates.

Indigenous child advocates and Indigenous-led inquiries such as the Truth and Reconciliation Commission and the National Inquiry into Missing and Murdered Indigenous Women and Girls have shone a bright light on Canada’s horrific legacy of colonialism, including ongoing inequity of access and quality of health and social services for Indigenous children.

Read more:Indigenous knowledge is the solution to Canada’s health inequities

Inuit infants and families must have access to the same life-saving medication that other Canadians infants at lower risk of RSV receive, especially when those preventative treatments are effective and save the health-care system money.

The Nunavut and Canadian governments must listen to health experts and make life-saving antibody drugs available to combat RSV infections that devastate Inuit babies and their families.

Read the article “Expand use of anti-RSV agent in Nunavut, thousands of petitioners say” published on Oct. 25, 2019 in Nunatsiaq News.

The Northern RSV Surveillance was the winner of an international call for proposals in 2008 from Abbott Laboratories. Abbott Laboratories was not involved in the study design, implementation or interpretation. Winner of a research grant through the Government of Nunavut in 2002/2003 for Respiratory surveillance.

David Suzuki is the co-founder of the David Suzuki Foundation and board member of the Japan Renewable Energy Institute.

Faisal Moola receives funding from the Social Sciences and Humanities Research Council and the Metcalf Foundation.