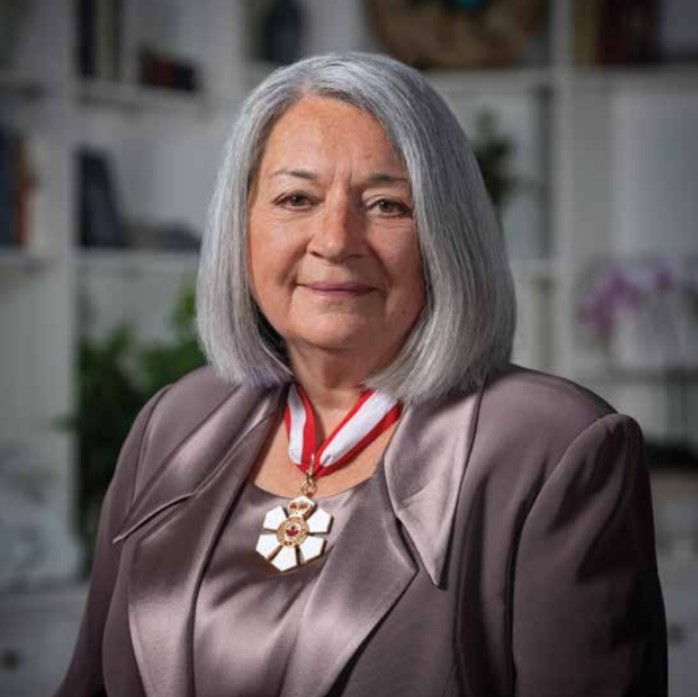 In her International Inuit Day message, Governor General Mary May Simon called on Inuit to continue their ‘drive’ for positive change and the reclamation of their language and traditions. (Photo courtesy of Rideau Hall/Sgt. Johanie Maheu)

Inuit in Canada must continue working for positive change and to take back their traditional values and rights, said Governor General Mary May Simon — the first Indigenous person to hold the position — as she marked International Inuit Day.

“I am heartened by the fact that our stories are starting to be seen and heard, through music, art, literature, research, environmental stewardship, new governance arrangements and new perspectives on Canada’s history,” May Simon wrote in a message she issued Sunday morning to mark the occasion.

International Inuit Day has been observed since 2006 when the Inuit Circumpolar Council designated Nov. 7 as a day to celebrate the Arctic and the people who call it home. That date was selected because it was the birthday of Eben Hopson Sr., an Arctic political leader and founder of the ICC, the council’s website says.

May Simon, who became Governor General in the summer, drew on her own memories growing up in Nunavik to mark this year’s Internationl Inuit Day.

In a message released by Rideau Hall, the Governor General’s official residence, May Simon said the stories of her own life were “anchored” in her love of her first language, Inuktitut, and the traditional ways of Inuit. She described living off the land, hunting, fishing and gathering food as “the foundation of my early life.”

“Some of my favourite moments are of laying in our tents along the George River, on a bed of spruce boughs and caribou skins, listening to the birds singing early in the morning and the dogs barking and playing in the snow,” she wrote.

However, “sombre chapters” in Inuit history also shaped her life, including the effect of colonialism on Inuktitut and Inuit traditions, she wrote.

Inuit have found strength in the adversity they faced.

“(We) have worked to promote understanding and healing, knowing that we must not relax our drive for positive change and that we must take back our traditional values and rights,” May Simon wrote.

On International Inuit Day, May Simon was scheduled to attend a ceremony in Ottawa to rename a park after Inuk artist Annie Pootoogook, who died in the nation’s capital in 2016.