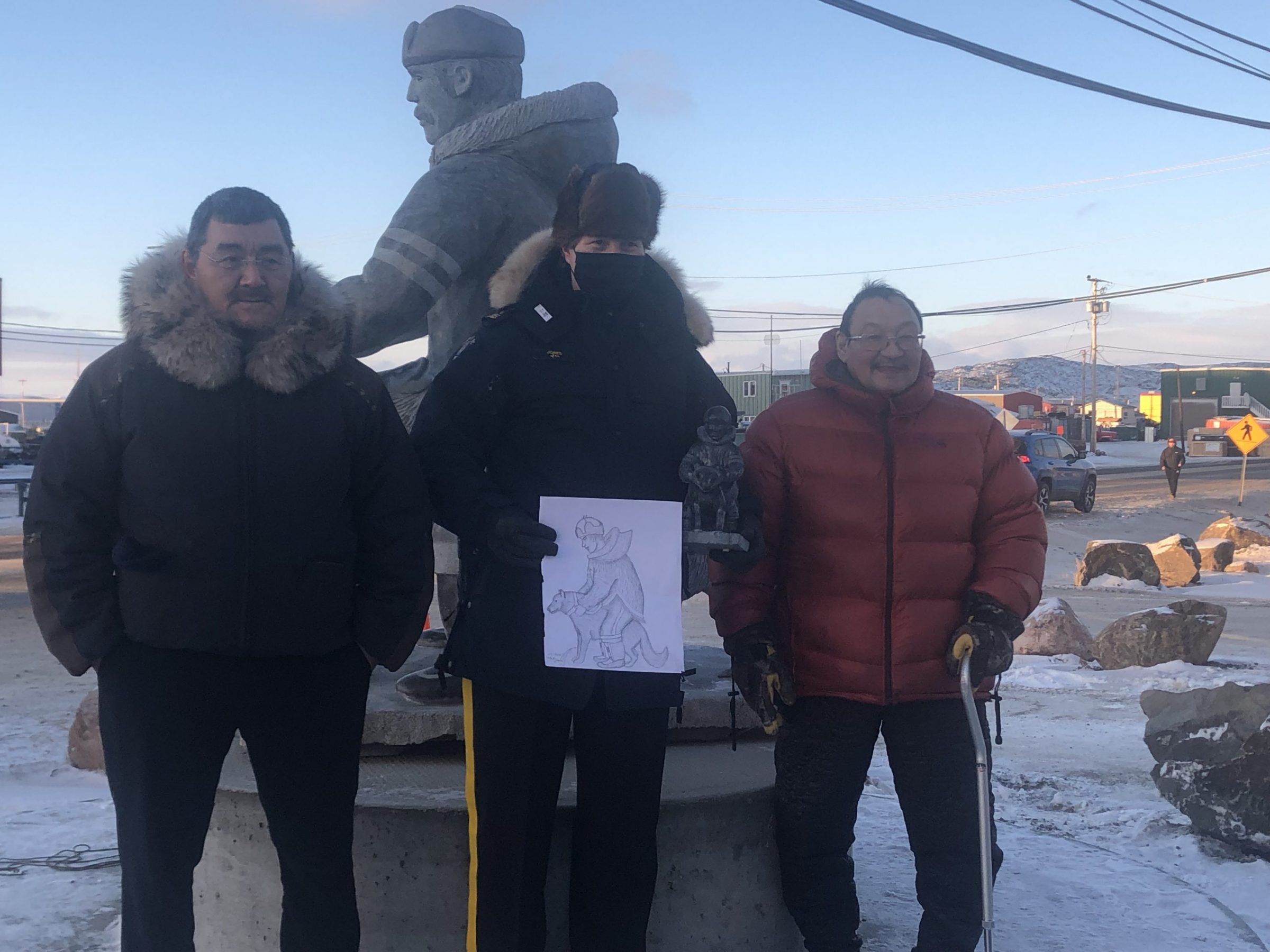 A monument commemorating the role Inuit special constables and their families played with the Royal Canadian Mounted Police was unveiled in front of the force’s Iqaluit headquarters on Thursday.

“It makes me want to cry,” Chief Supt. Amanda Jones, the commander of the RCMP’s Nunavut division. said of the ceremony.

Around 100 people attended, including a significant number of RCMP officers as well as politicians, including Premier P.J. Akeeagok and Senator Dennis Patterson.

This monument was made as part of the third recommendation in the Qikiqtani Truth Commission, which called on the Qikiqtani Inuit Association and the RCMP should recognize the importance of Inuit special constables and their families to the work of the RCMP.

The commission was an inquiry established by QIA that documented the damaging actions and policies of the Canadian government and RCMP against Inuit in the Arctic from 1950 to 1975. One of the notable acts by RCMP was killing qimmiit, which deprived Inuit of their ability to travel.

“It destroyed a lifestyle,” Jones said, acknowledging the RCMP’s role in that chapter of history.

QIA President Olayuk Akesuk said this ceremony was the result of the work done by QIA in establishing the Qikiqtani Truth Commission in 2007.

“It is a great day for us to start our vision going forward in Baffin and throughout Nunavut,” Akesuk said.

Akesuk said he wants to see continued work on improving the relationship between RCMP and Inuit. 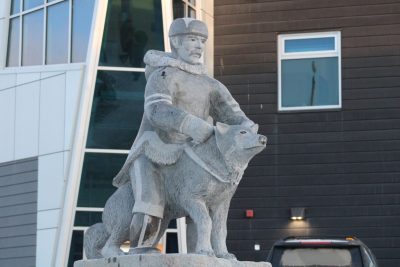 The monument of a special constable harnessing a qimmiit. Pijamini said the motivation for this design was how often he and his father harnessed their sled dogs. (Photo by David Lochead)

“It’s extremely important that we recognize our special constables because without them the RCMP wouldn’t be here in the Arctic,” Jones said.

She added that this monument has been worked on for the last two years.

Last year, former MLAs David Qamaniq and Emiliano Qirngnuq called for special constables’ roles to return to the RCMP, as smaller communities can be as much as 95 per cent Inuit.

Jones said the RCMP is looking at special or community constables options for the future, but that decision is not her organization’s alone.

“That’s something we have to discuss with the Government of Nunavut on how they want their policing to look like in their communities,” Jones said.

The carvers of the sculpture are well-known Inuit artists Looty Pijamini and Paul Malliki. Pijamini has had his work shown internationally while Malliki has made carvings for former prime ministers Brian Mulroney and Jean Chretien.

Pijamini, 68, said the motivation for carving this sculpture was how often he and his father harnessed sled dogs for patrols or hunts when he was around 13.

He added that he is relieved the monument is complete.