“It’s about our future, and it’s about our land, our resources, and our jurisdictions and our rights. There’s nothing more fundamental than that.” 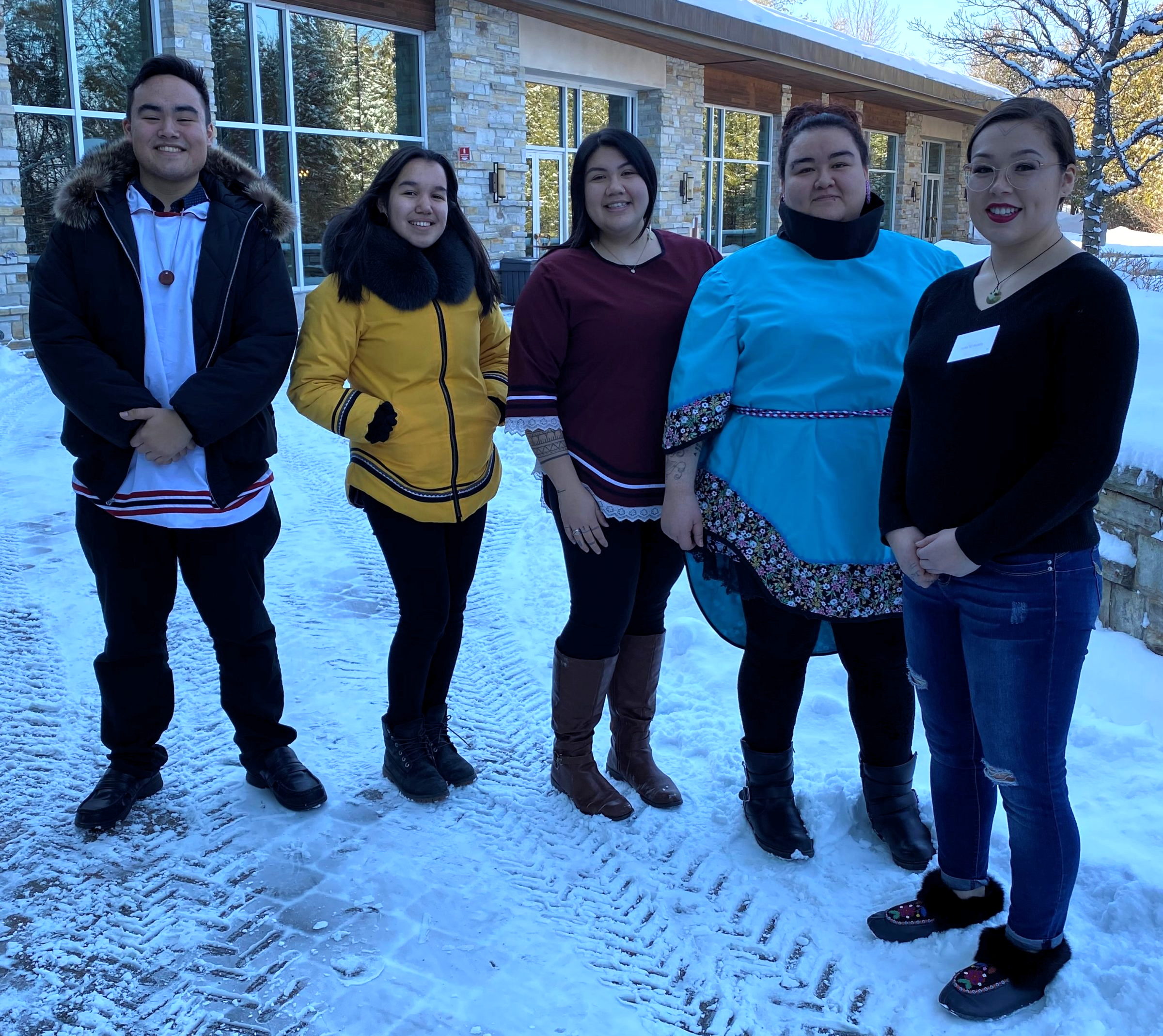 More than 40 Indigenous youth from across Canada gathered recently in Gatineau, Quebec, to learn how to carry on the treaty negotiations that were started by the generations before them.

Seven young Inuit leaders were present, including Julia St-Aubin from Kangiqsuqlujjuaq, Nunavik. She aspires to run for mayor next year.

“If we look at history, the way that treaties were made … there was very much abuse on the federal and provincial side,” St-Aubin said. “Inuit didn’t have much say in their rights … they were considered to be lower than animals, lower than dogs.”

Now, St-Aubin said it’s up to her generation to learn how to use their rights to “achieve greater accomplishments in their regions.”

The second National Treaty Negotiation and Implementation Simulation was organized by the Gordon Foundation, which describes itself as a charitable organization dedicated to protecting Canada’s water and empowering the North. The Land Claims Agreement Coalition, the B.C. Treaty Commission and Crown-Indigenous Relations and Northern Affairs Canada collaborated to run the simulation.

The youth, between the ages of 17 and 33, were taught by experts who themselves negotiated treaties, including Ethel Blondin-Andrew, who’s now a senior political and business advisor living in Norman Wells, N.W.T. Blondin-Andrew is Dene, and was the first Indigenous woman elected to the House of Commons. Along with many other accomplishments, she was the chair of the Sahtu-Métis-Dene comprehensive land claim agreement that was signed in 1993.

“We take this seriously,” Blondin-Andrew said, “we’re not just here to joke around, we want to impart some real good wisdom on our young people.” 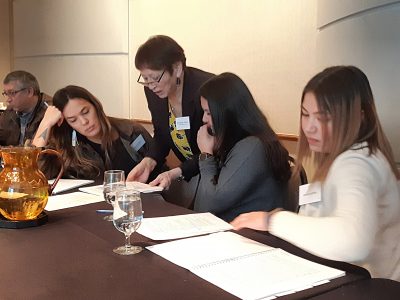 Ethel Blondin-Andrew leans over young Indigenous leaders, advising them during a negotiation simulation. (Photo courtesy of the Gordon Foundation)

Blondin-Andrew said she and the rest of the “quote-unquote experts” leading the simulation set up detailed negotiations on certain parts of a claim, like wildlife boards, or negotiations between governments and wildlife management. They made it very specific, and the youth simulated the negotiations. Groups represented different governments: federal, provincial and Indigenous.

“It’s just spellbinding watching these young people come onto their own, and develop their own style of negotiating,” Blondin-Andrew said. “It’s really fantastic.”

Qumangaapik Momteith from Mittimatalik, or Pond Inlet, was also present. He said it’s important that his generation learn from Blondin-Andrew’s experience negotiating. “We have to constantly validate ourselves for living on our own land,” he said, “and we have to know how to do this in the proper way.”

Blondin-Andrew said she didn’t have anyone to teach her how to represent her people at negotiating tables—“We all went in cold and just learned by the seat of our pants,” she said. “You know, we’re good on our feet and we all come from oral history so we’re good at talking.”

Blondin-Andrew said that’s just the way it was. But she said a lot of work remains to be done, and it’s crucial that young people learn how to take it on.

“It’s about our future, and it’s about our land, our resources, and our jurisdictions and our rights,” said Blondin-Andrew. “There’s nothing more fundamental than that.”

And the Inuit youth present at the simulation are carrying that urgency.

“Imagine the impact we would have right off the bat,” she said. “We would have the knowledge we need to be able to understand our history, our problems today, but also to speak critically about the solutions that we want for the future.”