‘I want to see more unapologetic Inuit, standing up for their rights,’ Kimmirut’s Lexie Padluq says 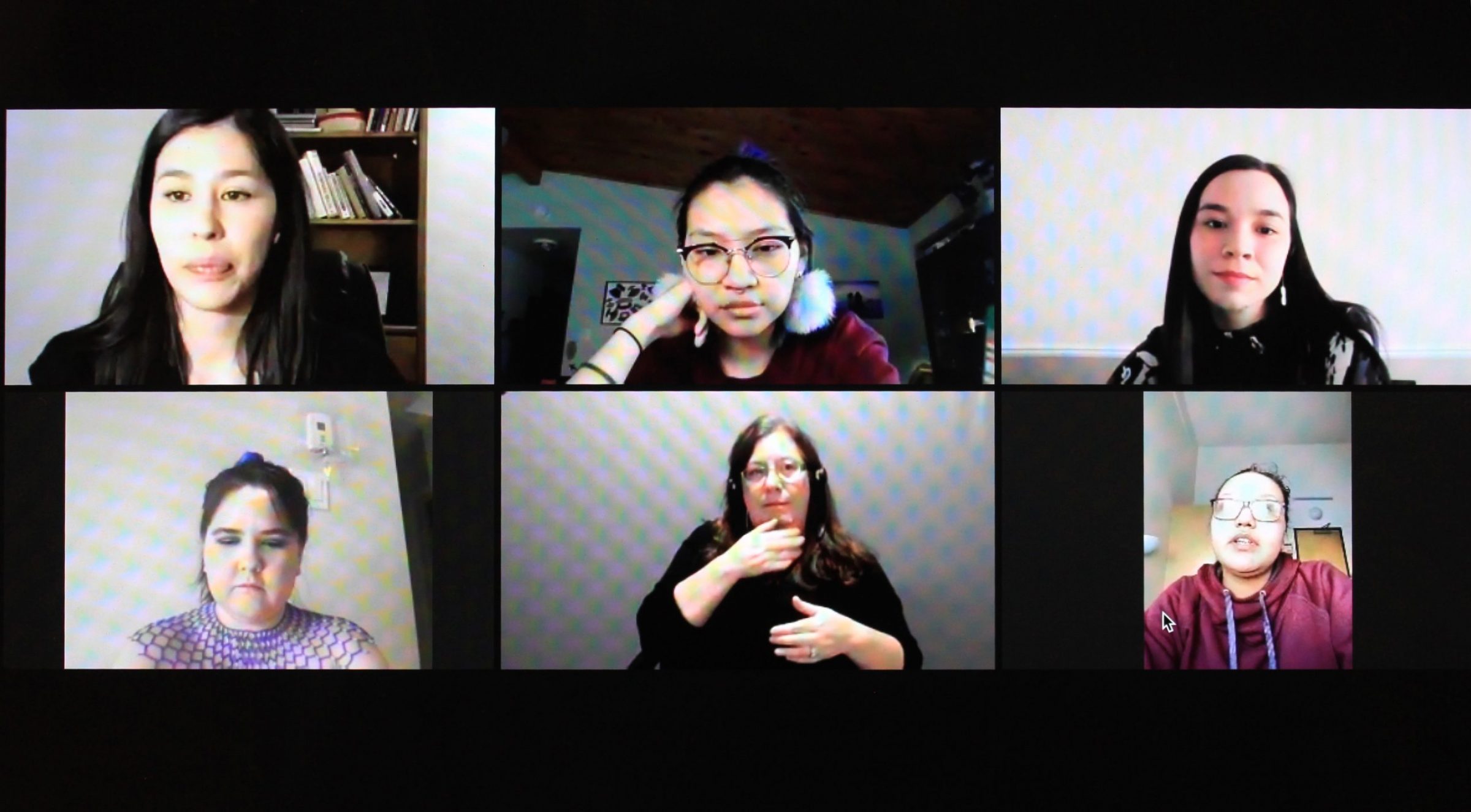 If you’re looking for proof of Inuit resilience, or hope for the future of Inuit society, you would have found plenty of both during a daylong, online event hosted by Carleton University’s Centre for Indigenous Initiatives in Ottawa. 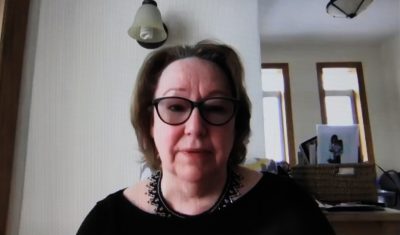 Sheila Watt-Cloutier, celebrated author of The Right To Be Cold, delivers her keynote address. (Screenshot of Carleton University Centre for Indigenous Initiatives symposium)

But some of the most memorable insights came at the end of the day, during a panel of Inuit youth.

“Our generation is following the footsteps of those who came before and having a bit more space to follow our aspirations and dreams,” said Siku Rojas, 18, of Iqaluit.

Rojas was one of four youth who shared their thoughts on identity, pride, culture and education during a discussion hosted by Clyde River-born Aliqa Illauq, a fourth-year student in Carleton’s law and human rights program.

Rojas told the panel about their hopes for the next generation of Inuit.

“Not just being inspired and having aspirations,” they said.

“That’s hard to obtain when you’re thinking of basic needs like food and shelter. But if we, as a generation, work with each other, and care for one another, the next generation will be able to unleash the strongest Inuit spirit, to be our ultimate selves.”

Kimmirut’s Lexie Padluq said her culture makes her a better version of herself, partly because of the pride she feels in her ancestors’ abilities and accomplishments. Padluq is a second-year Nunavut Sivuniksavut student working toward a degree in Indigenous Studies at Trent University.

“In the future,” she said, when asked about her hopes for the next generation, “I want to see more unapologetic Inuit, standing up for their rights and not accepting anything less than anyone else.”

Megan Dicker Nochasak, 22, from Nain, Nunatsiavut, said she carries with her the strength of those who came before.

“I’m proud of how resilient we are, how we bounce back,” she said.

“We have endured so much within our culture but we’re still here today, to talk about these things.”

Dicker Nochasak’s grandparents were relocated from Hebron and Nutak, Labrador, in the 1950s to communities further south.

True to its title, the symposium began with stories about High Arctic relocations — those who were uprooted from Inukjuak and Pond Inlet and planted by the federal government in Grise Fiord and Resolute Bay in the 1950s.

Mary Flaherty set a sombre tone by sharing childhood memories of happy, traditional family life in Inukjuak and then the horrors of freezing and starving in the months-long, 24-hour darkness of a Grise Fiord winter.

Flaherty’s keynote was followed by a panel of three Inuit women who described ways in which they are promoting and regaining power, control and self-determination in their fields.

Heidi Langille, who fosters Inuit children in Ottawa and who helped found the hugely successful Inuuqatigiit Centre for Inuit Children, Youth and Families, described getting kicked out of an Ottawa school in Grade 8 for complaining about the brief Indigenous portion of the history lesson: it mentioned only alcoholism and suicide. She’s been fighting to make space for Inuit ever since. 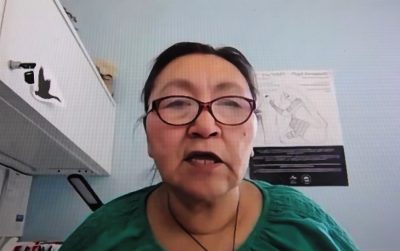 Peesee Pitsiulak, dean of Education, Inuit and University Studies at Nunavut Arctic College in Iqaluit, talked about the ongoing struggle to incorporate Inuit language and culture in northern school curricula and course materials.

“We have to work together as our ancestors did to make sure we are heard,” Pitsiulak said.

“If we’re going to be as strong as our ancestors were, we have to know where we come from, be proud of it, be aware of our culture, even if you don’t speak Inuktitut. Just speaking Inuktitut does not make one Inuk.”

Despite the technical challenges of hosting an online event during a pandemic — aggravated by poor northern phone and internet service that prevented one youth panelist from participating — the symposium was relatively seamless and included several pre-recorded cultural performances. 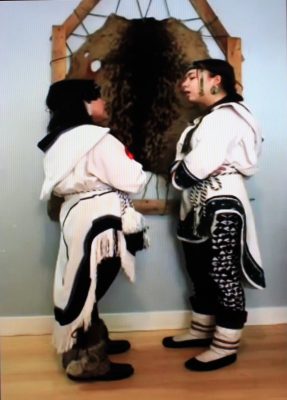 The first was by Tarniriik, the young throat-singing stars who sang during Justin Trudeau’s swearing-in ceremony in 2015. Samantha Kigutaq-Metcalfe and Cailyn DeGrandpré, now high-school students in Ottawa, performed flawlessly, ending each song with a laugh and an animated high-five.

The symposium also showcased a video from Baker Lake’s Nelson Tagoona. Tagoona gave a mind-bending throat-boxing demonstration — a unique mash-up of beatboxing and throat-singing — but he also sang a haunting tune called “Living Life,” the lyrics of which he wrote during “a really hard time” at the Mamisarvik Healing Centre in Ottawa.