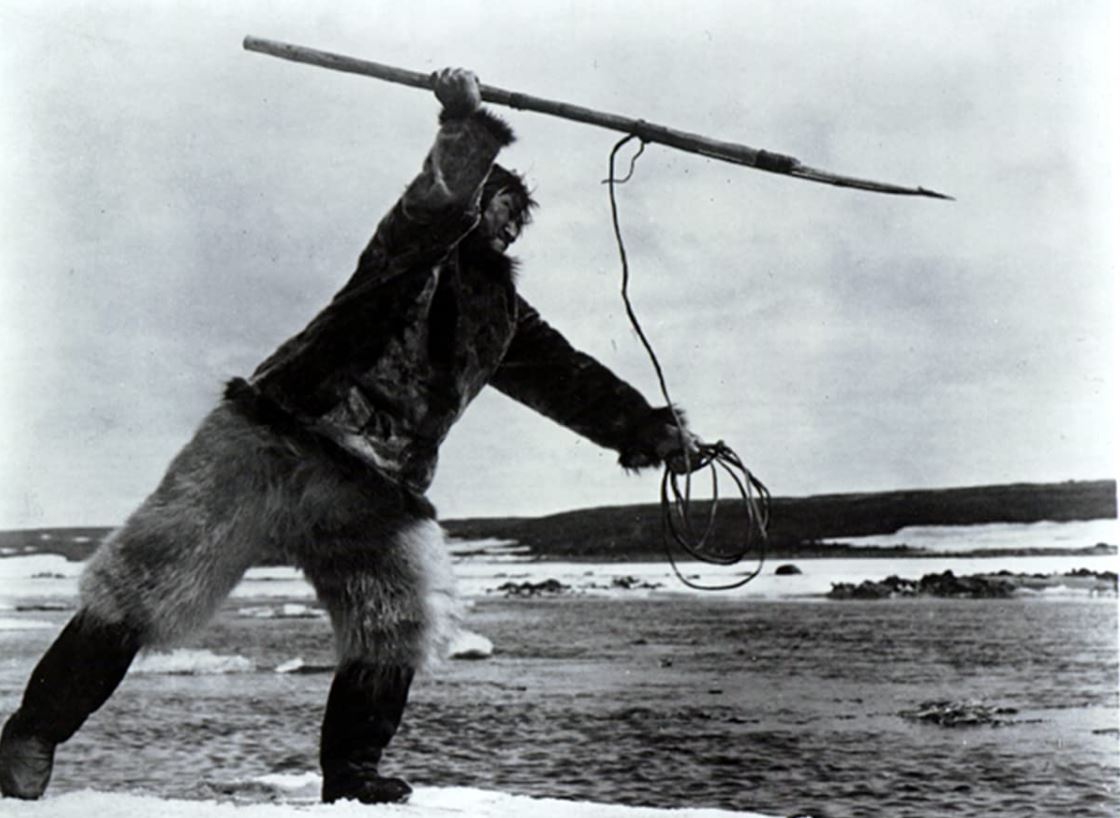 Screenshot of Allakariallak in the 1922 film “Nanook of the North.” Celebrations are taking place in Inukjuak to commemorate the film’s 100th anniversary this week. (Screenshot)

One of film history’s most significant documentaries turns 100 this weekend and the community where it was set is hosting a festival to celebrate its legacy.

Nanook of the North is a silent film that follows the life of Allakariallak, who in the film is known as Nanook. Allakariallak hunts and survives on the land for a year. It’s considered to be the first modern documentary film, although there are criticisms that some of the scenes were staged.

Directed and filmed by Robert Flaherty, the movie premiered in New York City on June 11, 1922. It was preserved in the Library of Congress National Film Registry in 1989, recognized for being a “culturally, historically, or aesthetically significant” film.

Much of Nanook of the North was shot in the area around Inukjuak, known then as Port Harrison.

Shaomik Inukpuk, the town manager in Inukjuak, is part of the team organizing the festivities, which kicked off Wednesday and will culminate Saturday night with a screening of the movie.

He said Nanook of the North serves as a learning opportunity for the young people in the community. The film depicts a time when Inuit were more nomadic, and shows a different climate and landscape.

“A hundred years ago, the ice seemed to be more thick, and now today, the ice is very thin, it goes away very fast,” Inukpuk said. “You can see the big changes that [have] occurred within the film and as of now and where we are.”

People from outside the community are flying in to take part in the celebrations, including several family members of people who were involved with the making of the film.

Jamie Flaherty, from Iqaluit, is one of director Robert Flaherty’s grandsons.

He said he’s excited about travelling and meeting some of his family members from the south. He’s also looking forward to seeing some of the places where the movie was shot.

“We’re going to go see where he did the filming and also see our relatives,” he said. “We’re all very happy about being grandkids of Robert Flaherty, it means a lot to us.” 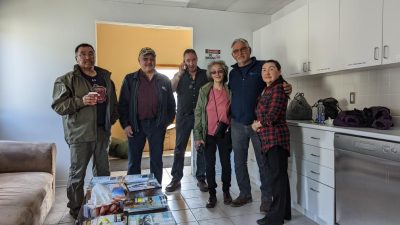 The Flaherty grandkids are headed to Inukjuak to celebrate the 100th anniversary of Robert Flaherty’s film, “Nanook of the North.” From L to R: William, Johnny, Jamie, Mary, Harry and Elisapee Flaherty. (Photo courtesy of Sheila Flaherty)

Robert Flaherty, an American who died in 1951 at age 67, directed 15 films in all; Nanook was his first. Flaherty was also a former miner and an explorer for Canadian railroads, according to IMDB.com.

Nanook of the North has faced a few controversies in its century of existence. Most notably, the embellishment of aspects of Allakariallak’s personal life and staging of some of the scenes of Inuit hunting and survival.

For example, Allakariallak’s wife in the film is played by an actress.

There is also a scene where Allakariallak is introduced to a gramophone — an early form of record player, with a cone for an amplifier — and mimics trying to take a bite out of a record. In truth, he was familiar with the device.

The hunting scenes are embellished as well. While Allakariallak hunted with a rifle, he was asked to use traditional tools, such as a spear, for the purposes of the film.

During his lifetime, Robert Flaherty acknowledged some of the creative liberties he took during the making of the movie, saying, “One often has to distort a thing in order to catch its true spirit.”

Film critic Roger Ebert praised Nanook of the North in 2005, saying “it has an authenticity that prevails over any complaints that some of the sequences were staged.”

Back in Inukjuak, Inukpuk said it’s important to consider the legacy Nanook of the North has for Inuit: That at the time it was released, people in other parts of the world didn’t know much about the existence of Inuit.

Inukpuk said it’s worth looking back on how the film raised awareness of Inuit and how 100 years later they’re still here.

“We hope to update the world as this film did back then, we were put on the map,” he said. “It’s a good time for us, we’re still around, which makes us happy.”