Iqaluit cases of arson have tripled since last year: RCMP 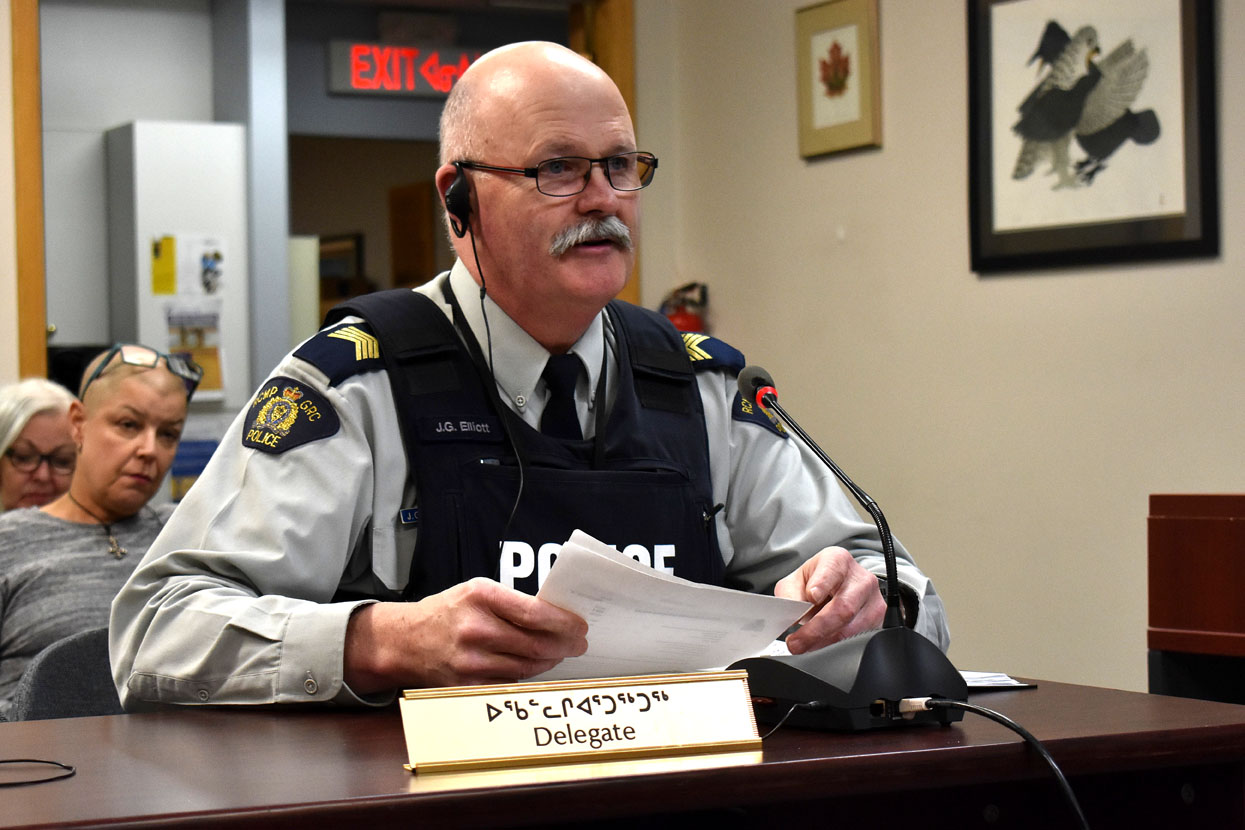 In the aftermath of the Nov. 8 fire at Northmart, RCMP Staff-Sgt. Garfield Elliott says arson caused primarily by youth is a growing problem in Iqaluit.

“Back in 2016, even though this year we still have a month to go, we are already five times more (cases of arson),” said Coun. Jason Rochon.

And 2018’s figures don’t include the five arson fires from Nov. 8,  which bring the total for the year up to at least 24 so far.

Some owners of new buildings are opting out of getting insurance, because it would be cheaper to just re-build due to the likelihood of arson, Rochon said.

He asked Elliott if the majority of the arson fires are caused by minors and youths.

Elliott said that in the summer there were four or five cases of arson over a few weeks that “were a cause for concern.”

“Those investigations did appear that it was random, young persons involved. I don’t want to get into how the investigator or fire scene examiner provides me that information, but there is sound backing as to why they are making that determination by the style of the fire,” Elliott said.

Rochon said that he believes Iqaluit would see less arson if the city had a curfew, like in some other Nunavut communities.

“I just believe that if there was a curfew, people wouldn’t be out burning buildings or under buildings sniffing gas. It is unfortunate but it seems to be really happening. Especially last summer, there were a lot of kids at three, four, five in the morning under people’s homes and it is very dangerous … Do you think your job and the community would be safer if there was a curfew?” Rochon asked.

There was a 20-second pause before Elliott answered, saying that it is a difficult decision to weigh.

“In respect to the arson fires, some of them were not late-night fires. We had a few over the summer that I would consider were daytime fires or early evening,” Elliot said.

He came across one on his foot patrols in the afternoon, but there were others as well.

“Overall, if a curfew was in place it would be reasonable to deduce that crimes would be diminished somewhat,” Elliot said.

He also provided an update on the investigation into the Nov. 8 arson fires at Northmart and across the city of Iqaluit.

The alleged young offender is still in custody and while they had a court appearance on Nov. 23, “the matter has been further adjourned and [the teen] remains in custody,” Elliot said.

While there are no other charges laid yet for the other fires, Elliot said the investigation continues.

“We have additional investigative steps to be followed up on and seized exhibits to be sent away for examination, but I am quite confident with the few charges that have been made in that matter.… Everything has come together in that investigation and it is looking very solid,” he said.