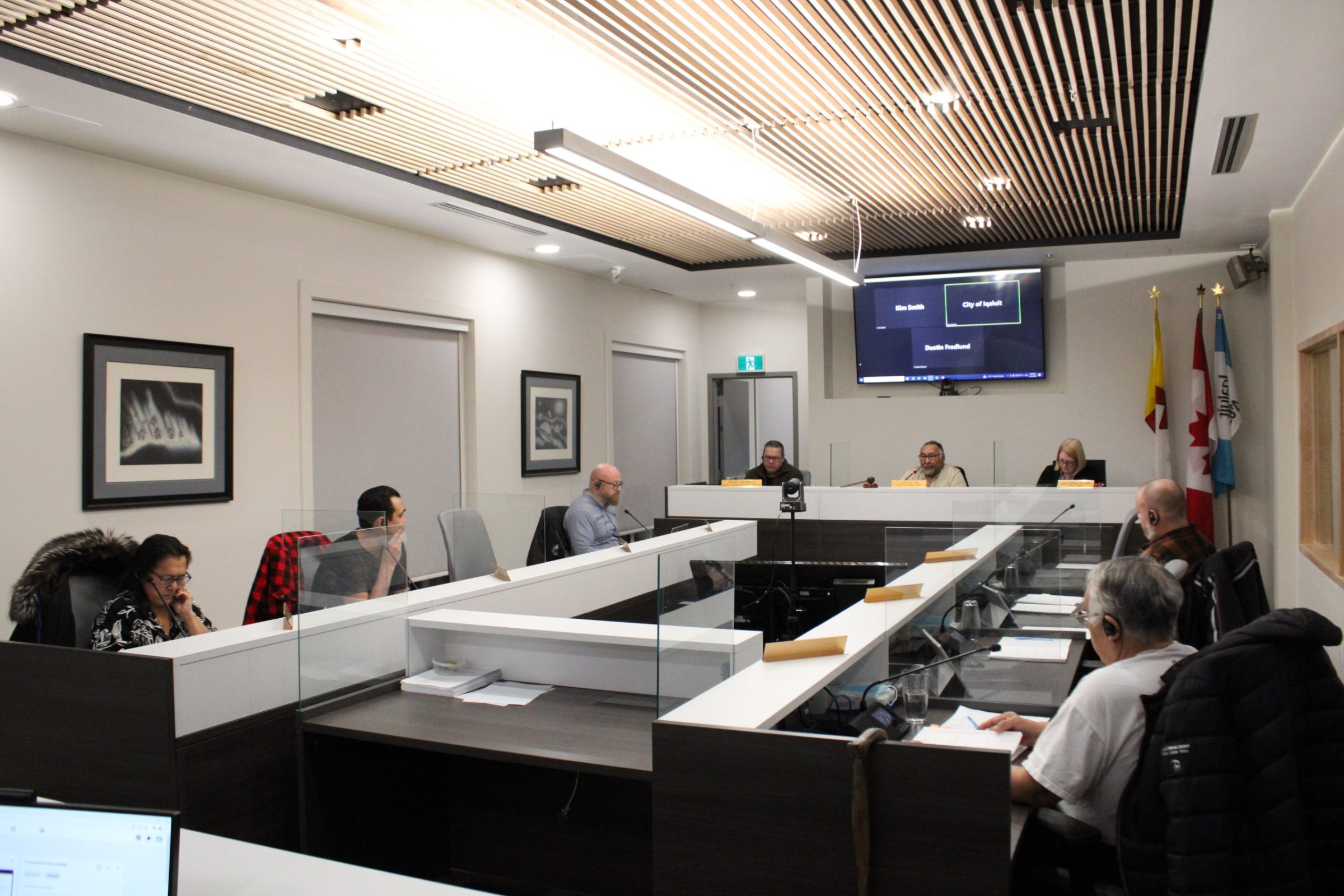 Iqaluit city councillors will avoid making a fourth call-out this year for a new member by asking the previous round of applicants if they are still interested in joining.

Council voted unanimously during its Tuesday meeting to ask the top three candidates from October’s call-out — when Coun. Sam Tilley replaced Joanasie Akumalik — to appear in front of council on Jan. 10 if they are still interested.

Akumalik resigned in June after he was charged with aggravated assault.

“I think we had viable candidates that presented themselves at the last call-out,” Coun. Kyle Sheppard said. “There’s no need to go to another call-out and have seven, eight people sit here and speak for an hour.”

Sheppard, who made the motion to go this route, said if only one of the top three applicants is still interested, then council could appoint that person.

A city spokesperson did not tell Nunatsiaq News which of these candidates will be asked back.

When council voted in October to select Tilley, it was done by secret ballot, so there was no public record of the order the other candidates finished in.

“By all means, I think that’s an effective and efficient way of moving this forward,” Fredlund said.

Awa became mayor after Kenny Bell resigned on Oct. 18. Bell had taken a trip to Iceland to represent the city at a conference in Iceland. He was scheduled to speak on a panel Oct. 14, but didn’t show up.

Awa’s replacement will be the sixth person appointed to council since the 2019 election.