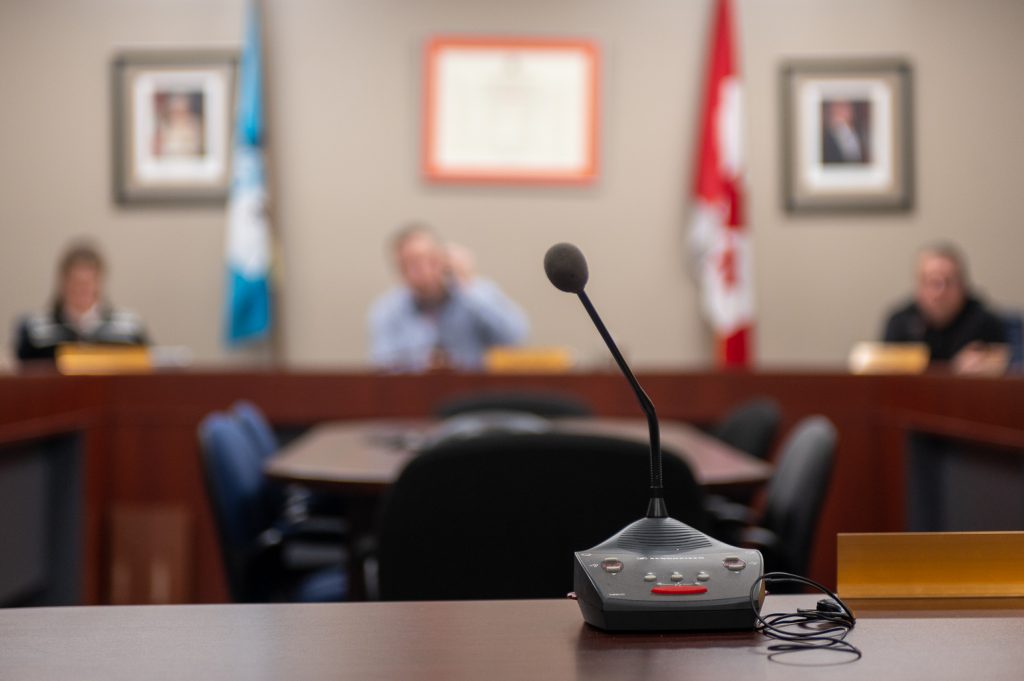 The sitting was the first time that all eight councillors and the mayor have been in attendance at a regularly scheduled meeting since being elected in October.

Councillors then broke into a discussion about acceptable reasons for absences.

“I’ve been on this council for 10 years now, and there’s not very many times where people have missed a meeting for what would be deemed an unacceptable reason,” said Coun. Romeyn Stevenson, who also acknowledged that councillors have day jobs and that sometimes those obligations will overlap with council meetings.

Stevenson and Coun. Kyle Sheppard said that newer councillors shouldn’t be concerned that they’re being accused of anything, that the discussion is more of a reminder that if they plan to miss a session to let the council know, as Coun. Simon Nattaq did earlier in the meeting.

Sheppard also took the opportunity to address Coun. Sheila Flaherty, who has missed the majority of meetings: “I don’t think anybody faults you for the travel you had pre-arranged long before the election even happened.”

“I hope you can stop being concerned with that.”

Bell agreed and provided further clarity on what absences aren’t excusable. “There has been a couple, where one was, ‘I’m cutting up meat and I don’t want to smell up the place,’ ‘I don’t have a ride to council,’ ‘I don’t want to meet with them’—those things are not acceptable.”

“Years ago, when I was on council, we got paid a flat fee per month plus whatever meetings you went to.”

In December 2018, when councillors approved a new indemnity bylaw, that changed.

That gave councillors a pay raise, and the attendance portion included in the previous bylaws was removed. Bell wants to see that changed.

“If you don’t come to your two meetings a month, then you still get some sort of flat fee because you are a councillor 24 hours a day, every day of the week,” he said.

“But you shouldn’t be getting paid the full amount if the councillor isn’t coming to work for an unspecified reason, or for a reason that’s not acceptable to council.”

Sheppard then proposed a motion to instruct the city administration to prepare some options for council to review related to compensation and attendance.

Deputy Mayor Janet Brewster seconded the motion but later commented that the discussion, like many others she’s heard since being elected, falls into a larger issue—a lack of understanding of what constitutes good governance.

“I think we spend a lot of time being kind of redirected from the issues that we’re discussing,” said Brewster.

As a solution, she suggested that the council could consult an expert on governance who could help councillors make more timely and informed decisions.

Bell agreed and said it’s something they may put on the agenda for the next council meeting on Feb. 25.