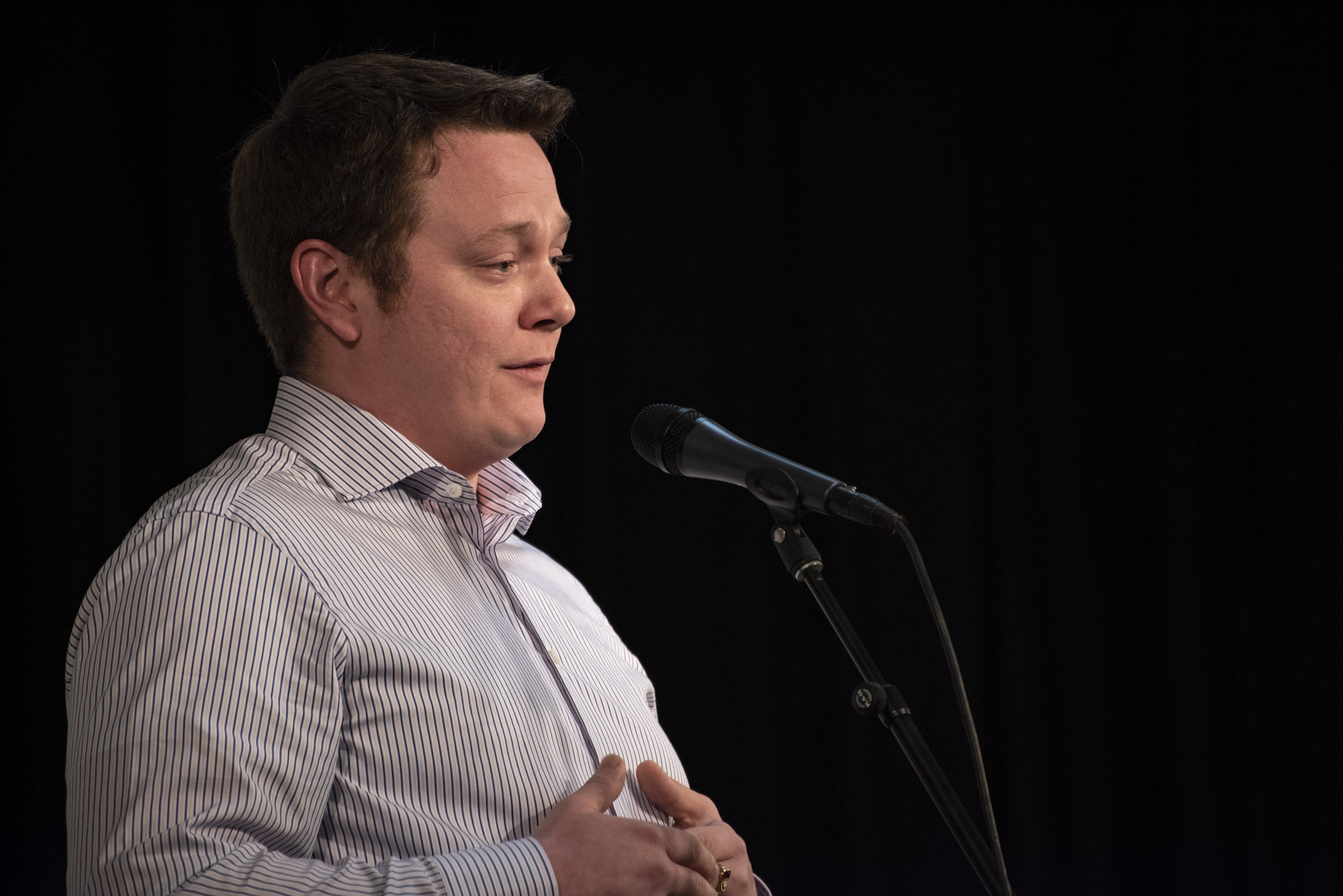 Coun. John Fawcett, seen here in a file photo from 2019, announced on Tuesday that he will resign from city council at the end of the year. (File photo)

Coun. John Fawcett will resign from Iqaluit city council by the end of the year due to personal reasons, he said Tuesday evening.

Fawcett and his family are moving from Iqaluit to be closer to extended family.

“One of the main reasons — it’s a good thing — we are actually having a baby. But that causes us to re-evaluate certain things and we will be leaving,” he said during Tuesday’s city council meeting.

Fawcett ran for council in October 2019 but lost by 56 votes. He joined city council in November 2020 after then-councillor Malaiya Lucassie resigned for breaching the city’s code of conduct.

Fawcett will be moving to Georges Lake, NL, he said in an interview.

He said that during his time as a councillor, he experienced how hard city council and staff work to run the municipality, and that he was especially proud of the work done to ban single-use plastic bags, a bylaw that was passed Tuesday.

“It’s tough to be a councillor,” he said. “You’re making decisions that directly affect other people around you and that’s a huge weight to bear, but it’s also very fulfilling.

His parting words were to ask residents to be more understanding and ask for more information on the decisions being made in the city.

Under the territorial law on municipal and district education authority elections, councils can choose to appoint a runner-up from the election, or put a call out for, and appoint, applicants.

Fawcett said he is planning his resignation for the final council meeting of the year so that the city can put out applications in the new year for his and Brewster’s seats.

Mayor Kenny Bell congratulated Fawcett on the personal news about having another child.