“I am sincerely sorry” 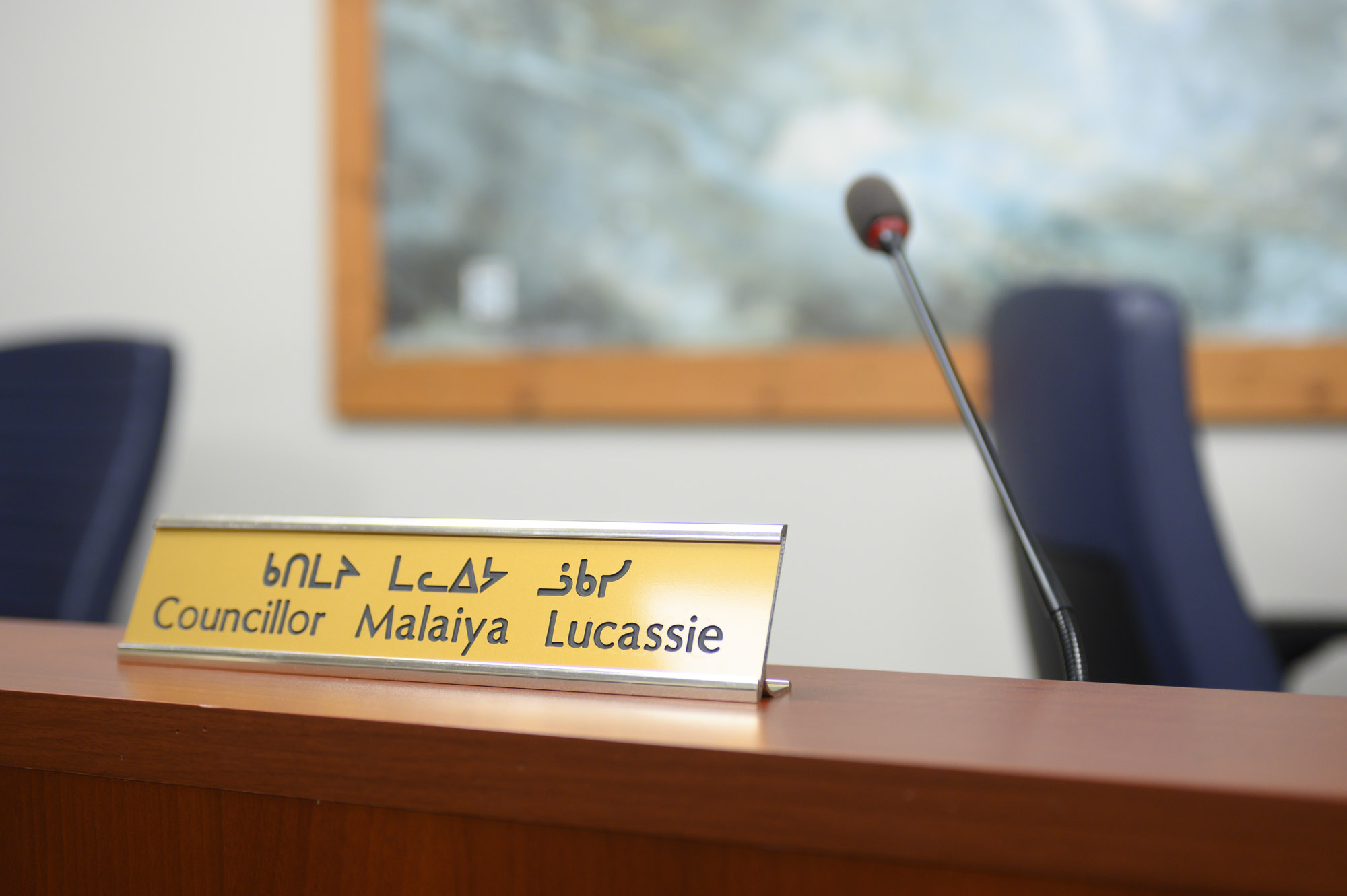 Malaiya Lucassie has resigned from Iqaluit city council, following passage of a unanimous motion calling on her to do so at a council meeting held Tuesday night.

Coun. Romeyn Stevenson made the motion and Coun. Simon Nattaq seconded it.

“The city council for the municipality of Iqaluit does not abide with the comments that were made by councillor Lucassie. The council does not condone racism or gender violence and does not accept a world where such comments, or comments such as those made over the weekend, are let go without censure,” Stevenson said.

Last week, Lucassie had written a reply to a Facebook post made by her father, Nunavut cabinet minister Patterk Netser, saying she had the “exact same thought.”

She later apologized. In a statement to Nunatsiaq News today, she repeated that apology.

“I would like to first apologize to the Black community, if I have offended you and sounded like a racist, I am sincerely sorry. The city has portrayed me as an Inuk with a racist attitude. Please note that I am not against anyone or the BLM Movement. I support and understand the movement as a member of a minority,” she said.

“All I tried to say and sorry if it was misinterpreted is, why did we not have anything done for the lives of Inuit that have been murdered, raped, and abused? Why was there no such movement? We as minorities are often told to keep our mouths shut and bullied to keep our mouths shut. It’s time we stand up together and work together rather than going against each other.”

In her statement, Lucassie also offered thanks to friends and family for their continued support during the past week.

“Your love has me standing tall,” said Lucassie.

“This being said, I am resigning effectively from the City of Iqaluit as a councillor.”

Although much of last night’s discussion during the city council meeting occurred in camera, Mayor Kenny Bell said the unanimous support for the motion calling for Lucassie’s resignation sends a clear message.

“Council was very, very firm in the fact that we don’t stand with the comments that were made, that we are inclusive, that we want to continue being inclusive and that we must protect our citizens regardless of race or social construct,” he said in an interview with Nunatsiaq News.

“When you are a councillor or you are a mayor or an MLA or minister or whatever, you are speaking for that organization all the time. It doesn’t matter if you’re on your own Facebook wall, or you’re on Twitter, or whatever, you are representing that group of people, and I think that’s the most important [thing] that we really have to take away from this.”

An earlier version of this story had been written after the motion asking for Lucassie’s resignation but prior to the time Lucassie formally submitted it.