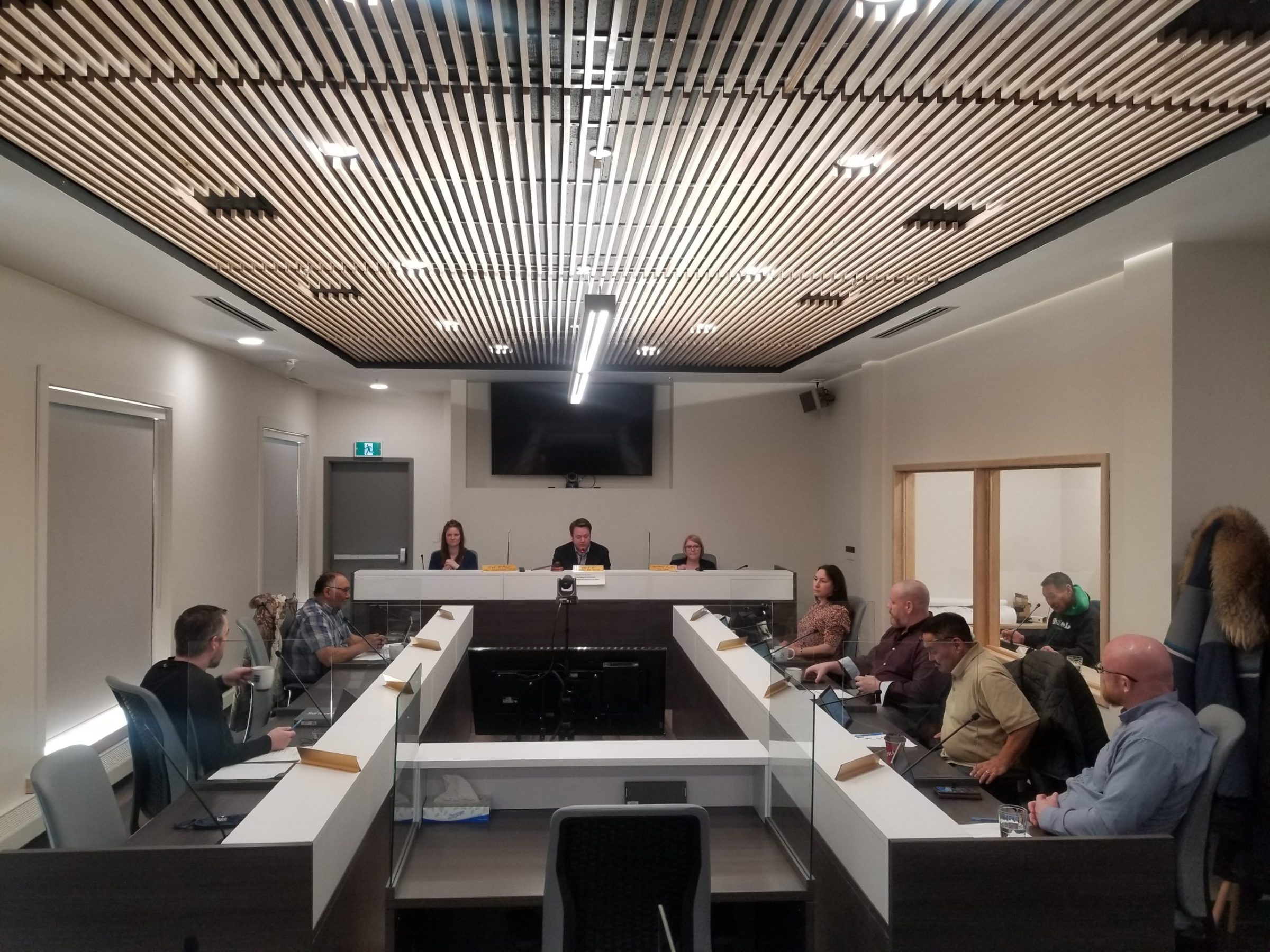 Iqaluit city councillors are taking a step towards ensuring the city’s businesses have signs written in the Inuit language.

The strategic planning and economic development committee agreed on Tuesday that city staff should develop a plan to help enforce the territory’s Inuit Language Protection Act, by including sections of the act in the city’s business licensing bylaws.

“We do pretty well,” said Coun. Kyle Sheppard, who brought forward the motion. “But there’s definitely still some gaps and those get pointed out by residents all the time.”

The territorial law requires businesses to incorporate Inuktut into signage and products. But, as it stands, Sheppard said there aren’t consequences for businesses that don’t have proper signage.

He said he wants to see a plan that addresses signs in banks, schools, restaurants and the hospital and airport, as well as other places.

“Inuktitut use would better improve communication and education for those who don’t understand, read or write English,” Akumalik said.

Sheppard said he is hoping changes to the business licensing bylaw can be made by 2022. He said there may be a grace period to allow businesses the time to comply.

“Most businesses do a good job of incorporating Inuktitut already,” said Sheppard. “It’s the right thing to do.”