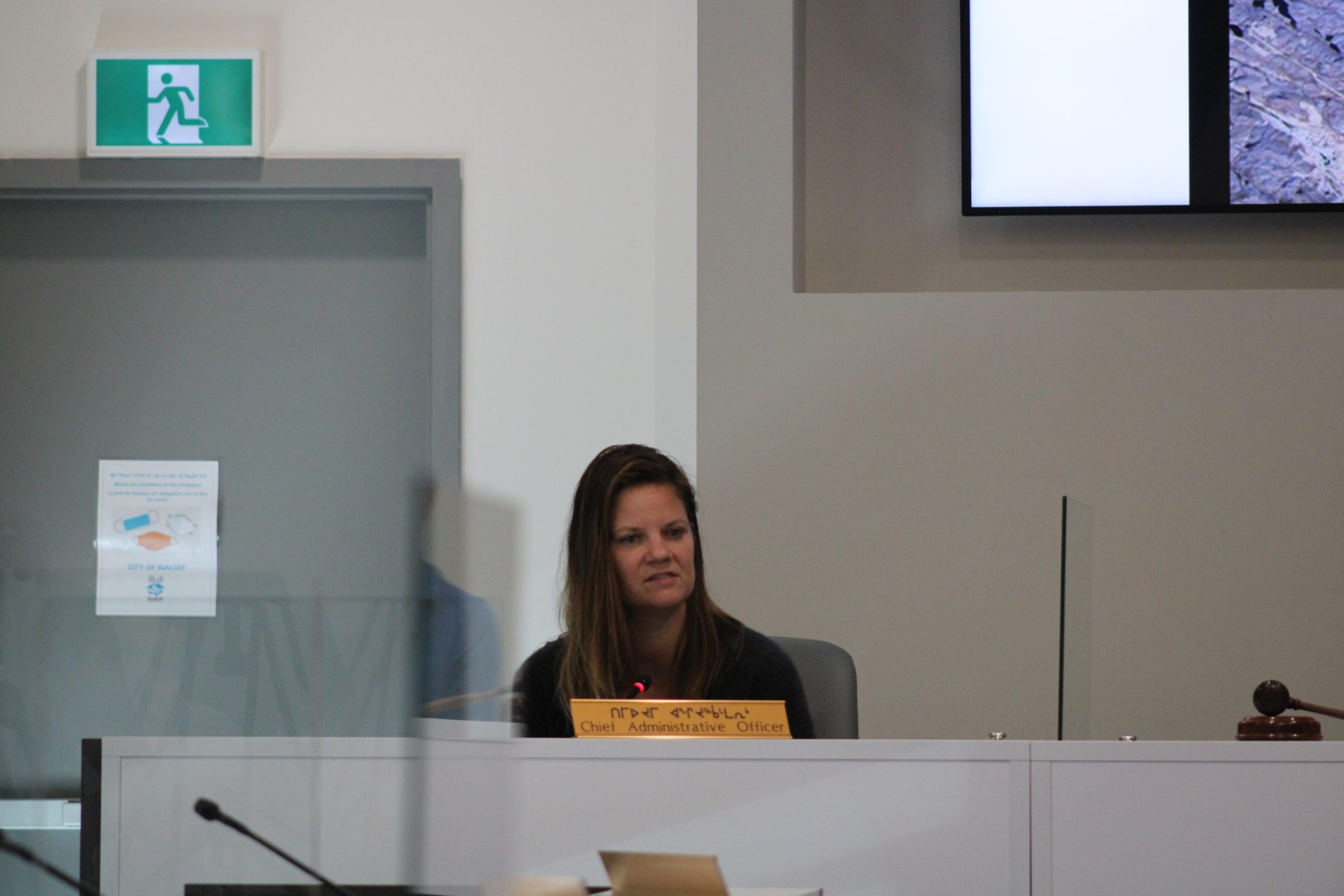 For the first time in three years, Iqaluit is in a local state of emergency due to a water shortage.

City councillors met Friday afternoon in an emergency session to discuss how to make it through the winter with enough water in Lake Geraldine, the city’s raw water reservoir.

They voted unanimously to declare a local state emergency, which sends the signal to other government bodies that Iqaluit’s water drought is dire, said chief administrative officer Amy Elgersma.

“For us, [the local state of emergency] demonstrates to the water board … and our regulators the seriousness of the situation,” she said in an interview.

The city’s plan is to apply for an amendment to its water licence to allow it to pump more water than it’s currently allowed from the Apex River, and to pump water from Unnamed Lake into Apex River and then into Lake Geraldine.

This time, it will be an easier process because the equipment — pumps, hoses and pipes — are mostly in Iqaluit and the city has experience with the regulatory process for this application, Elgersma said.

At this point in previous years, the reservoir would be nearly full, Elgersma said.

However, the Apex River is at historical low-water volumes now, according to data from the past 40 years, and so the city hasn’t been able to pump as much, she said.

“I’ve heard from people who have been out hiking on the land and out and about that they’ve noticed that it is another dry year and you’d be able to see that for yourself,” she said.

The city has pumped 201,000 cubic metres from the river to the reservoir since it began pumping on June 10, Elgersma said.

There’s room in the reservoir for more than 413,000 cubic metres, which is equivalent to about 12,400 six-metre-long sea cans.

Elgersma said the city estimates it will take about 40 days, depending on rainfall, to fill the reservoir, and that pumping will begin no later than Sept. 1.

That means the reservoir could be filled by around Oct. 10.

Coun. Kyle Sheppard said the city should come up with new messaging about water conservation for residents.

“We’ve been, without a state of emergency declared, under a water emergency for years now,” Sheppard said.

“We’ve become immune to it in a way, and people are not paying the same amount of attention to our water shortage as they were in the past.”