“Things are looking good to make that date” 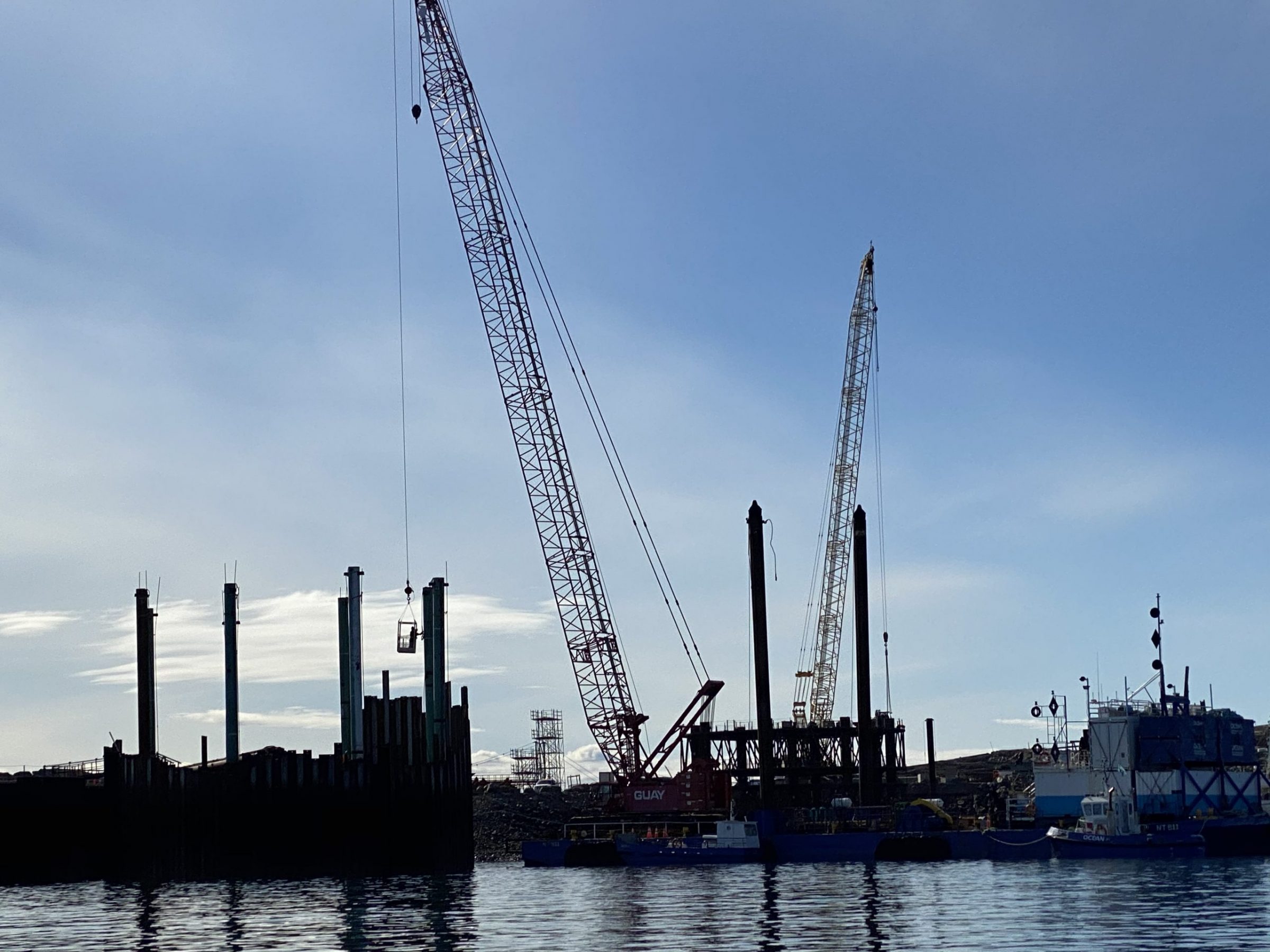 Iqaluit’s future deepsea port, seen here on Sept. 2, is on track to be completed by the end of next construction season. (Photo by Elisapee Nowdluk)

Despite pandemic restrictions, the construction of Iqaluit’s deepsea port and small-craft harbour remains on schedule.

The project, awarded to Tower Arctic in 2018, is still expected to be completed in 2021 and operational by the 2022 shipping season.

“I think that things are looking good to make that date,” said Justin McDonell, a project manager with the Government of Nunavut’s capital projects division.

According to McDonell the project is also still on budget.

“It took a little while to get all the details totally smoothed out for this project to move forward, but overall, we did not see as bad of a delay as other projects,” he said, referring to the impact of the pandemic.

In May, prior to the construction season, Iqaluit city councillors expressed their support for last summer’s big capital projects to go ahead amid the pandemic.

Work on the port began in early June and focused on the construction of the wharf.

Of the four sheet pile cells, which will create the berth that ships will dock against, two are complete, with a third expected to be finished before the end of this construction season.

The construction of an arch that connects those cells also began this season.

This year’s work at the causeway focused on the creation of a snowmobile access point for the spring, something McDonell says was requested by the Amarok Hunters and Trappers Association.

“It’s a bit of a trial at this point, but it’s installed right now and we’re going to monitor it over the spring to see how it performs,” he said.

Across the water, the small-craft harbour received its final driving surface, and moorings were installed along the breakwater.

With the construction season coming to a close sometime over the next month and a half, McDonell hopes to have an end of season community update.

In the meantime, those with questions or comments can contact Tower Arctic through its website or by email.

An earlier version of this story said that only one sheet pile cell was complete, with a second expected to be finished before the end of the construction season, when in fact it two are complete with a third scheduled for completion. An earlier version also stated that the impacts of the pandemic have been minimal, when in fact they were less than other projects but not minimal. We regret the mistake.