Proposed changes could affect who can take part, and penalize owners for noisy dogs 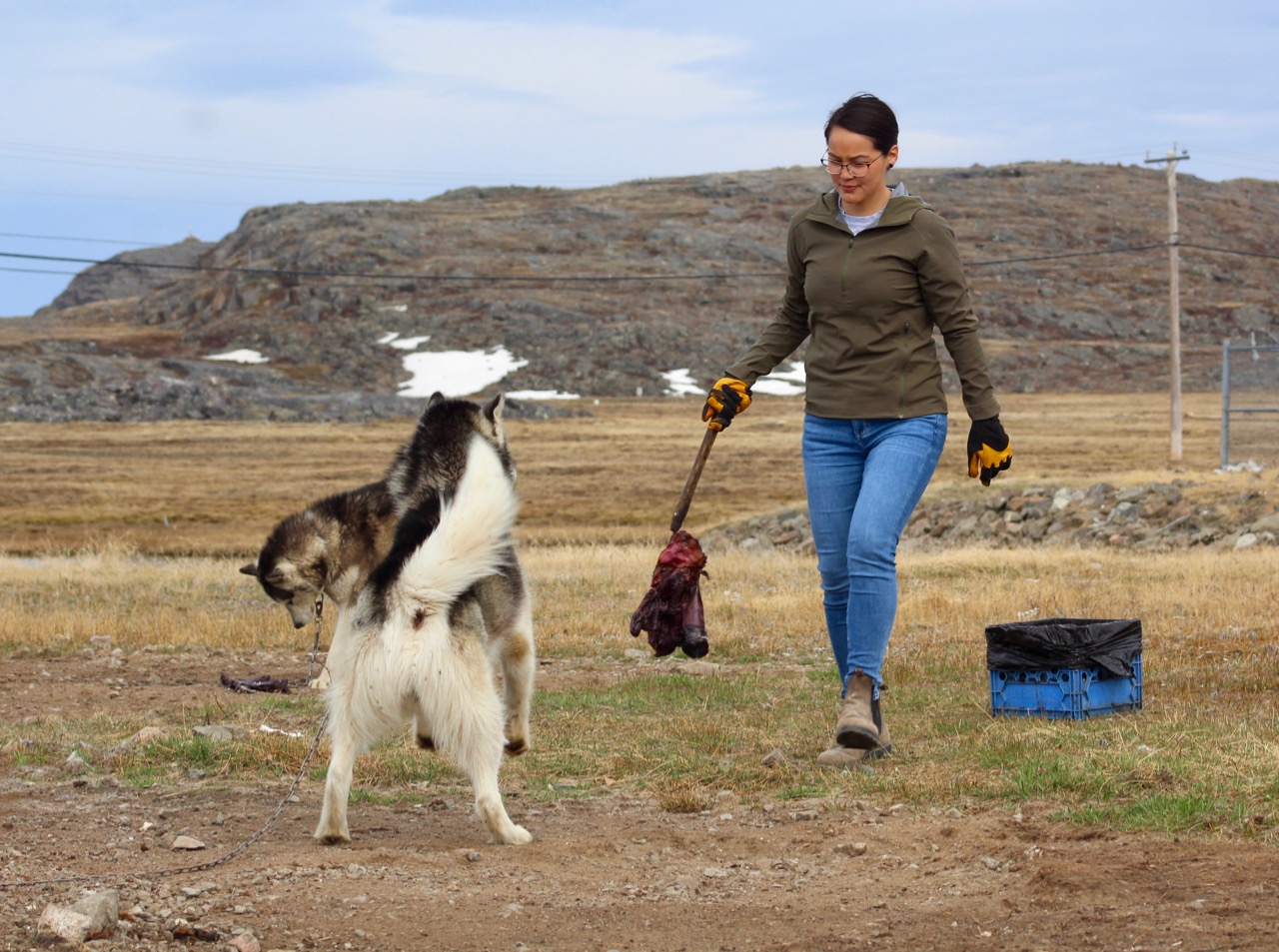 Amber Aglukark feeds a piece of seal to the dog team she helps out with in Iqaluit. (Photo by Emma Tranter)

Amber Aglukark hooks a piece of seal meat from a blue plastic bin and holds it in the air. Nearby, a sled dog reluctantly sits and waits for her to drop it, before sinking its teeth into the soft flesh.

Aglukark takes more pieces from the bin, feeding the rest of the sled dog team that she helps out with in Iqaluit.

“It’s an exciting day for them when they get seal meat,” she said, hooking another piece.

Aglukark is president of Iqaluit Qimussiqtiit Katimajingit, the society that represents dog team owners there. She’s also a longtime musher.

“Our goal as a society is to revitalize Inuit sled dogs, and education for youth and young adults interested in becoming dog team owners and helpers,” she said.

To do that, she works with and encourages youth, like her 10-year-old son, to run dog teams.

But a draft bylaw from the City of Iqaluit could potentially change that. If approved, one section would bar anyone under 18 from travelling with a dog team unless they’re accompanied by an adult.

“We have kids that are 16 and running with their friends,” Aglukark said.

The city distributed the draft bylaw, called the Canadian Inuit Dog Team Bylaw, to dog team owners in Iqaluit earlier this month. It has not yet been presented to city council.

In an email to Nunatsiaq News, the municipality’s economic development officer Geoffrey Byrne said the city can’t comment on the draft because it is still in development. 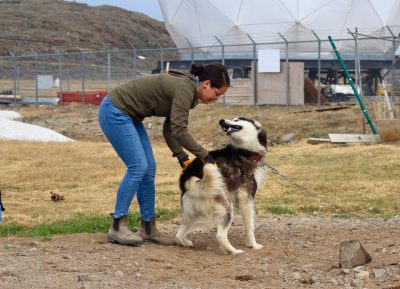 Amber Aglukark gives one of the sled dogs some attention at the West 40 dog yard on Wednesday. (Photo by Emma Tranter)

“We are actively engaging the dogsledding community in Iqaluit for feedback, which will be followed with a review from our public safety committee before this document will be presented to city council for its first reading. After such a time we will be able to discuss the proposed bylaw,” Byrne wrote.

The city’s current dog team bylaw dates back to 2001.

Aglukark said she’s working with the society to put together concerns and comments from the rest of Iqaluit’s dog team community.

“We want to provide positive feedback to them, but also make sure they know this bylaw doesn’t exactly meet what our society represents,” she said.

“We are hoping and confident in working with the city to make sure it does coincide with our objectives and city bylaw,” she said.

Another section of the draft bylaw states dog team owners could be fined over barking dogs. 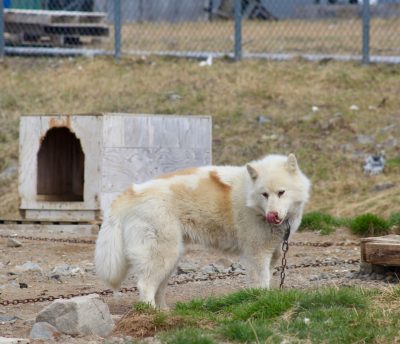 A sled dog licks its lips after enjoying some seal on Wednesday. (Photo by Emma Tranter)

With most dog teams residing at the West 40 area of the city, Aglukark said the dogs are usually pretty far from residential areas.

“Obviously, dogs do make a lot of noise. These are sled dogs, they are trained and in a controlled area,” she said.

Aglukark said although she and the organization have some initial concerns about the draft bylaw, she’s hopeful the city and mushers can come together to draft a final bylaw that works for everyone.

“As dog team owners, obviously we have to be held accountable … We’re eager to make sure it works for the whole society,” she said.

Aglukark said she and a few others from the society plan to meet with the city in the coming weeks.

“It’s quite clear that the draft needs work and overall our objectives speak for themselves,” she said.

“This is our outlet. This is our go-to, and to ensure that we can keep strong as a community we want the city to be able to provide us that support and opportunity to keep doing what we love.”