Kitchen fire occurred around 11 a.m. on Thursday in the Happy Valley neighbourhood 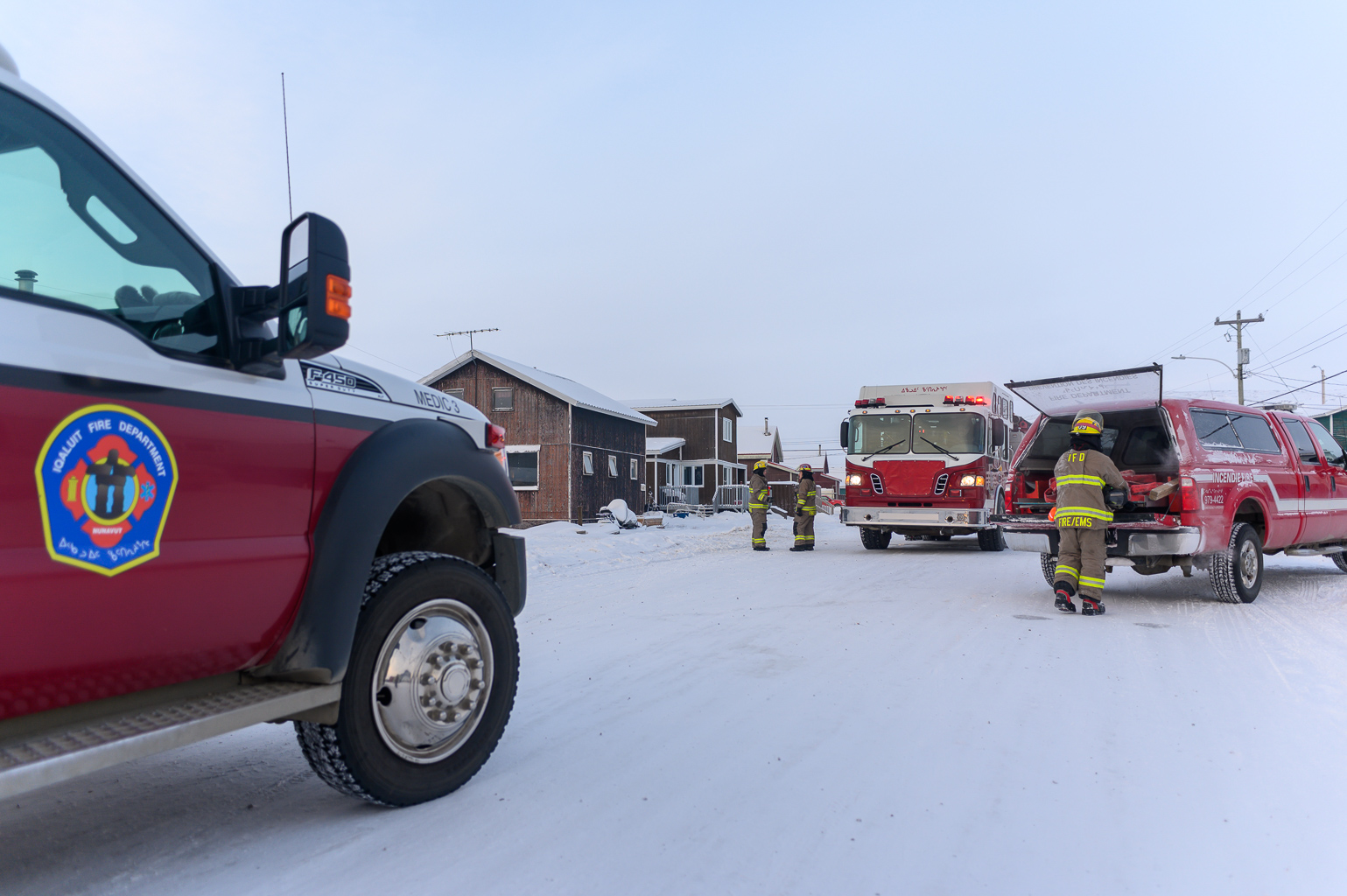 The Iqaluit Fire Department extinguished a house fire in the city’s Happy Valley neighbourhood at around 11 a.m. on Thursday, Jan. 9. (Photo by Dustin Patar)

Iqaluit firefighters extinguished a fire that broke out in the kitchen of a home in the city’s Happy Valley neighbourhood on Thursday morning.

According to Fire Chief Gordon Howard, the department received a call at around 11 a.m. and immediately responded with four firefighters, two command staff, a fire truck and two command vehicles. Those were later joined by two additional firefighters and an ambulance.

Three of the city’s water delivery trucks were also routed to the scene to provide firefighters with additional water should they need it.

While no injuries to humans were reported, despite firefighters’ best efforts, the family dog passed away.

According to a GoFundMe page that has been set up for the Williams family, the fire also resulted in the loss of nearly all household and personal items.

Earlier this afternoon, a toonie sale was held at the RBC building with all proceeds going to the family.

A GoFundMe page has been set up for those wishing to make a donation.