Governor General’s award given to firefighters whose service is “characterized by good conduct, industry and efficiency” 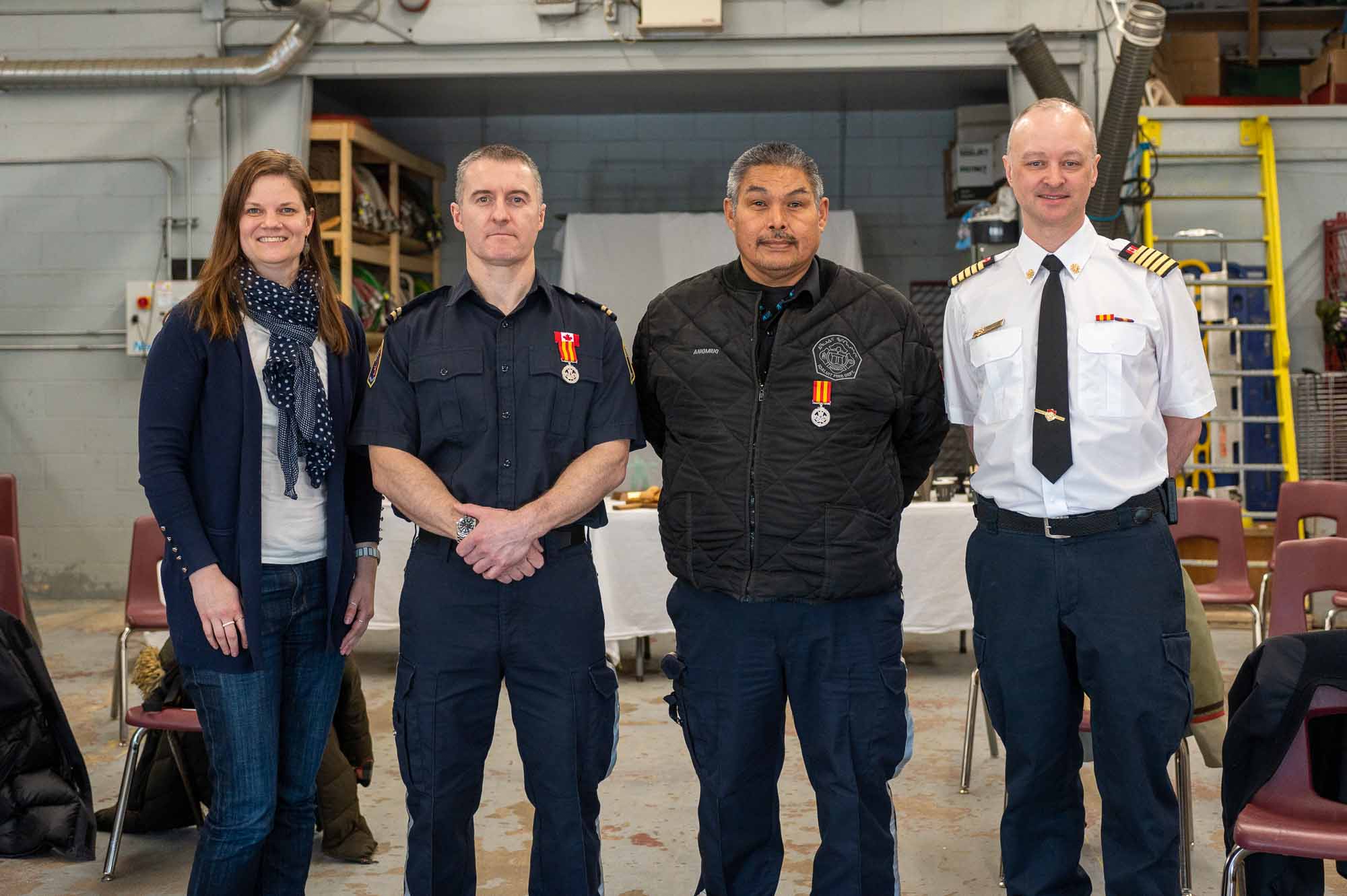 Two Iqaluit firefighters have been honoured by the Governor General of Canada for 20 years of exemplary service.

The Governor General’s Fire Services Exemplary Service Medal honours firefighters who have completed 20 years of service, 10 years of which was served performing duties involving potential risks. A description of the award says “exemplary service is characterized by good conduct, industry and efficiency.”

“It’s not often as emergency service workers that we stop and pause to celebrate,” said fire Chief Geoff Spriggs during the ceremony. “And this is our chance to actually do that. It’s an opportunity to recognize the hard work, dedication and sacrifice.”

Aniqmiuq, who began his career with the fire department as a volunteer in 1998 while working full time at Iqaluit Housing Authority, said there have been plenty of ups and downs, but “it’s all been learning” along the way.

Lt. Sol Tagak wrote in a letter that Aniqmiuq is “patient, insightful and incredibly resourceful.”

“It always amazed me that Eegee, speaking in Inuktitut or speaking assertively, could de-escalate almost every tense situation,” Tagak wrote.

“Personally, I look up to Eegee as a teacher and advisor.”

Oliver began his career with the fire department in 1997 as a volunteer and became a full-time member in 1999. Over his career, he served as both fire chief and deputy fire chief.

“We’ve got a great crew of people here, great folks that keep me going,” he said.

“At every turn [Oliver] demonstrates and carries himself with a reflective calm, confidence, fairness and gives credit before he takes credit,” said Wilson.