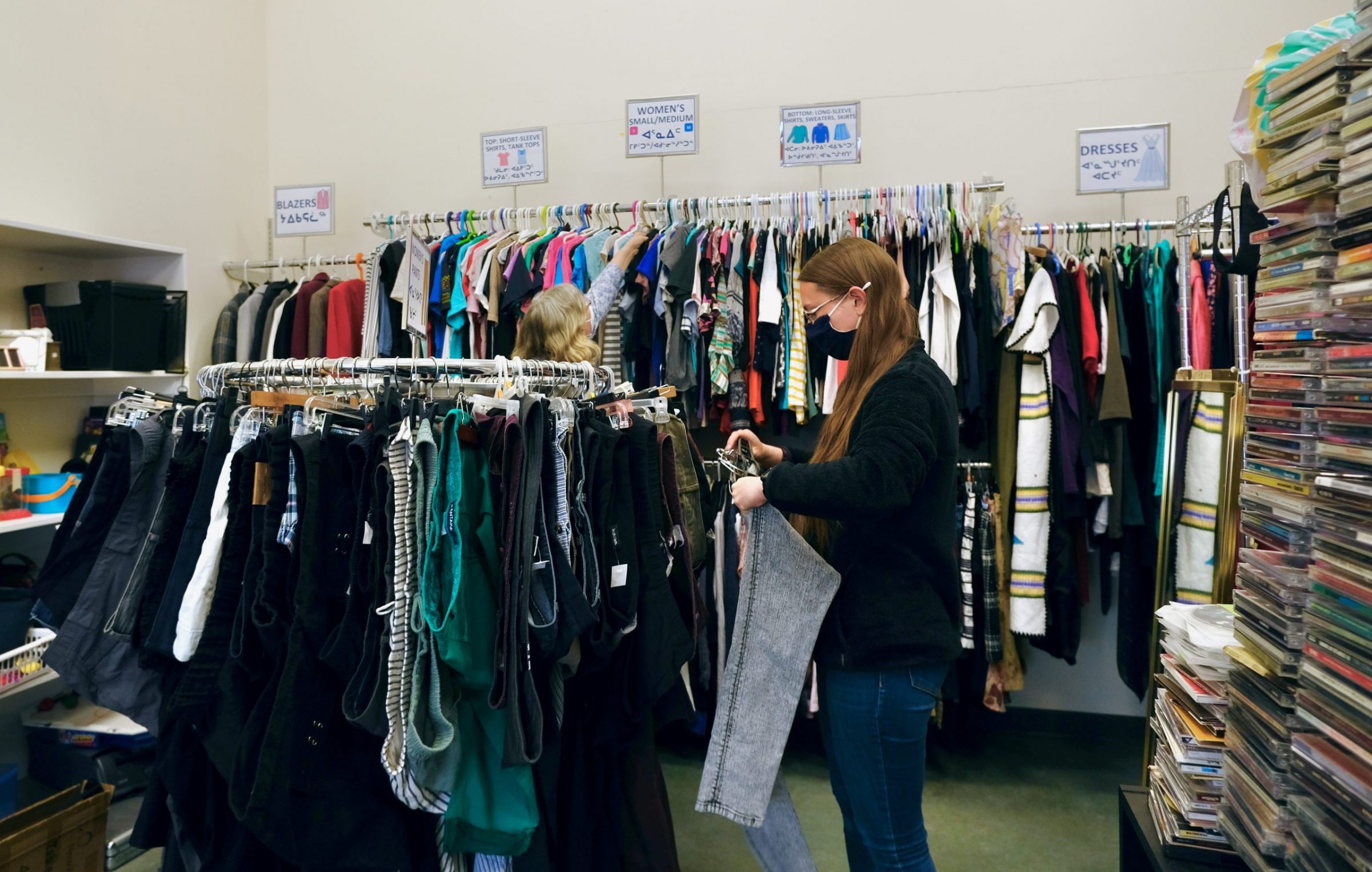 Piviniit board members Anika Bychok (right) and Linda Ham (left) are trying to keep the doors open at Iqaluit’s thrift store after a “shocking” eviction notice. (Photo by Mélanie Ritchot)

With an eviction notice on one side and a petition nearing 500 signatures on the other, an unusual conflict has broken out between two Iqaluit non-profit groups.

Qajuqturvik, the food centre that provides free meals and other programs, is in need of more space to expand its services.

So on Friday, it issued Iqaluit’s thrift shop, Piviniit, an eviction notice from the space it sublets in Qajuqturvik’s building.

With an increased demand for services during the COVID-19 pandemic and a new program slated to be announced in August, Qajuqturvik has no option but to expand, said its executive director Rachel Blais.

It asked Piviniit to vacate by Sept. 15.

On Monday, for example, over 200 people came to Qajuqturvik  for the free community meal. Pre-pandemic, Blais said it typically served between 80 and 100 people. 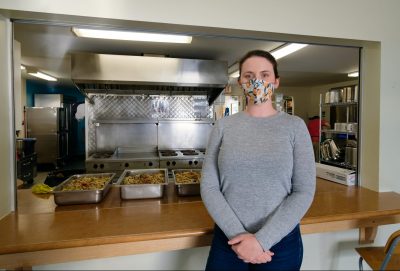 Rachel Blais, the executive director of Qajuqturvik, says the centre has no choice but to evict the Piviniit thrift store so it can expand to meet the community’s needs. (Photo by Mélanie Ritchot)

A healthy food box program is also offered, so Iqaluit residents can buy a box of fresh produce at an affordable price.

Over the past year, the centre has purchased over 3,400 kg of country food, which provides the community with culturally relevant, healthy food, while creating a source of income for Nunavut harvesters.

Blais said she “absolutely” expects the high number of people using the centre’s services to continue even after  the pandemic ends.

Qajuqturvik has noticed the demand for its services goes up when government income supports go down, Blais said.

For example, when the Qikiqtani Inuit Association handed out grocery vouchers to Inuit as a COVID-19 relief support, Blais said the centre saw a drastic drop in demand for its services — since people could afford to buy groceries.

With federal supports slated to end in the fall, Blais said Qajuqturvik is anticipating even more demand.

Blais said the centre recognizes the importance of Piviniit in the community and both boards are scheduled to meet on Wednesday evening to discuss possible solutions.

“We are very interested and hopeful that we’ll be able to work cooperatively with them.”

She said the option remains for the thrift store to use the building’s outdoor space or large multi-use indoor space for rummage sales, as it already does sometimes on weekends. 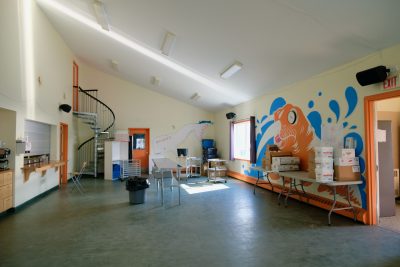 The main multi-use space in Qajuqturvik is regularly used by the Piviniit thrift shop for bag sales on the weekends, and could still be used by Piviniit after its eviction, said Qajuqturvik executive director Rachel Blais. Photo by Mélanie Ritchot)

But, Piviniit won’t be able to use the storefront and storage spaces it currently occupies.

If the thrift shop isn’t open to working with the food centre and is unable to find a new space or a different solution to keep running, Blais said Qajuqturvik is willing to start operating a thrift store service itself.

“Either way, we’re going to ensure the community does not lose the [thrift store] service,” she said.

“We would be open to continuing to accept donations here,” she said. “But the storage solution would have to be on their end.”

Piviniit began a petition to save its store on Friday and, as of Tuesday afternoon, about 435 people had signed in person or online.

Blais said the petition will not change the decision to evict Piviniit.

“To meet our current demands, let alone the demands we’re anticipating in the fall, unfortunately, this is the solution,” Blais said about the eviction notice.

Anika Bychok, a board member with the Piviniit Society, said the eviction notice — after 12 years subletting the space — came as a “complete shock.”

Bychok said the society is exploring all avenues at this point.

Even if Piviniit finds a solution to the storage issue, it wouldn’t be the same to do pop-up style sales instead of having a physical location, Bychok said.

“The store itself feels like a community,” she said, adding that many customers come every week and have become familiar with the volunteers.

One possible solution involves storing donations in a sea can, then setting up sales outside or in the food centre on the weekend. But Bychok said that option would limit store operations to the summer months.

“Operating out of a sea can kind of works in the warmer months, but for the majority of the year, when it’s cold, we’re probably not going to be able to do anything.” 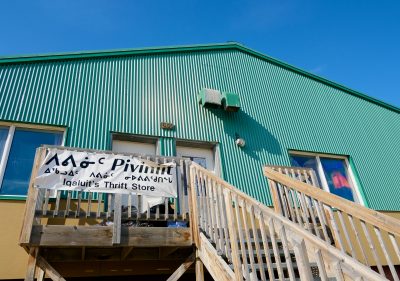 Piviniit’s thrift store opened its doors in Iqaluit in 2009. (Photo by Mélanie Ritchot)

Bychok, who works as the volunteer coordinator for the store, said she thinks that approach would also make people less keen to volunteer.

Linda Ham, the Piviniit Society’s treasurer, said worst-case scenario, “we take everything from the store, we take all our donations and we store them in sea cans for a year or two until we can find an affordable space.”

With very few commercial spaces for rent in Iqaluit along with high rents, finding a new space is a whole other issue, she explained.

“Real estate is at a premium but this city should be big enough for the organizations that are all doing good.”

Part of Piviniit’s mandate has been to keep things from going to the landfill, and to provide affordable clothes and home goods to the community, Ham said.

Piviniit has also opened its doors to victims of fires in the city, to take what they need for free, Ham said.

The society also helps people from other communities by bringing donations to the medical boarding home in Iqaluit for them to take home, and it recently began distributing clothes to every Nunavut community.

Since 2013, when the society began turning a profit, Ham said it has donated over $80,000 to other organizations.

Without a physical space, Ham said she suspects less revenue would come in.

She said the entire situation between Qajuqturvik and Piviniit is “very unfortunate.”

“It’s really sad to see one organization kind of beating up on another.”