Iqaluit gets $600,000 from GN to offset water emergency costs

City had asked to recover $3.5M it spent while Iqaluit’s water was undrinkable from fuel contamination 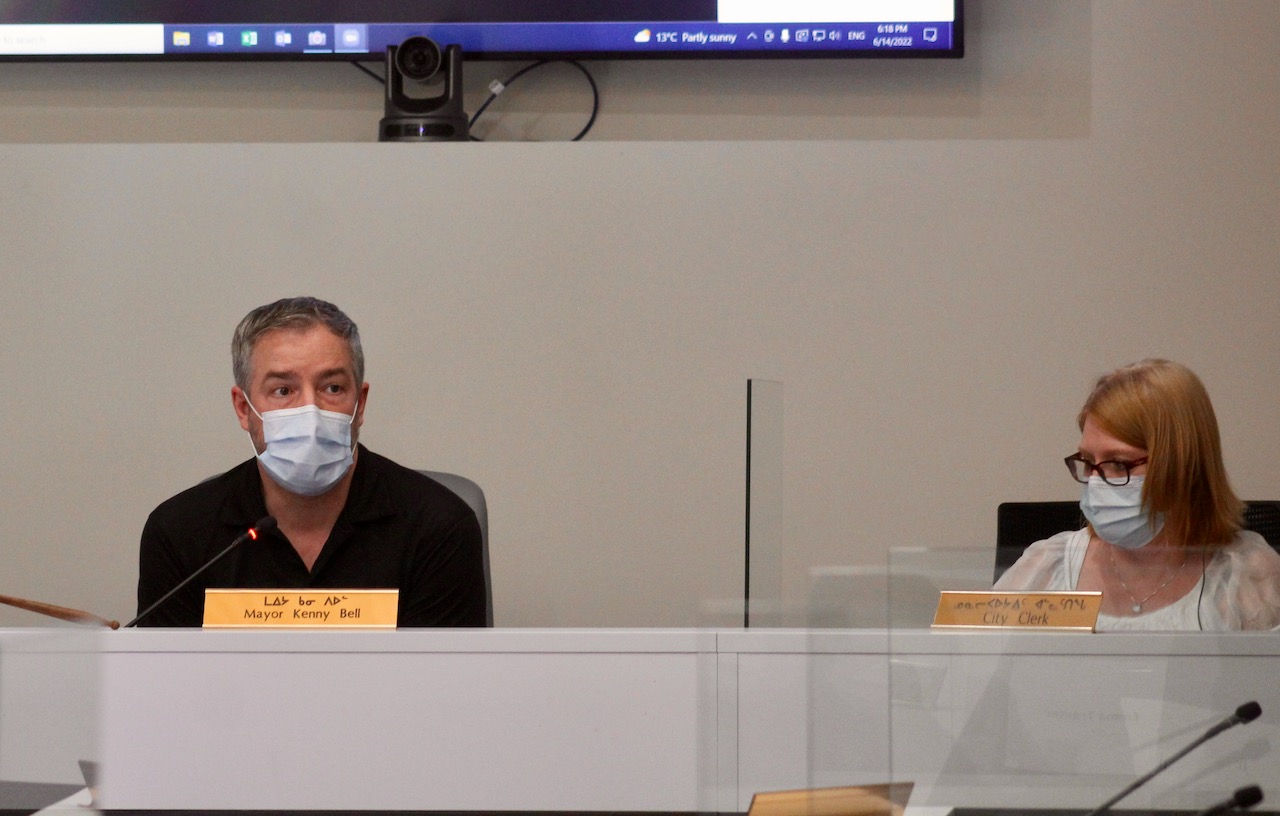 Iqaluit Mayor Kenny Bell speaks at a city council meeting on June 14 where councillors discussed a $600,000 contribution from the GN to offset costs associated with Iqaluit’s water emergency. (Photo by Emma Tranter)

The City of Iqaluit has received $600,000 from the Department of Community and Government Services to help offset costs associated with the city’s water emergency last year.

Chief administrative officer Amy Elgersma told city council Tuesday that the city spent $3.5 million during the emergency, with about $2 million making up for revenue lost from the water bills that went unpaid.

The city waived all its water bills for October and November after the Department of Health advised people to stop consuming their tap water because it was contaminated with fuel.

During the emergency, city councillors unanimously agreed to apply to the territory’s Municipal Request for Assistance Program for reimbursement of those costs.

Mayor Kenny Bell told council although the money from the GN is a “great help,” it’s “kind of sad.”

“They’re shortchanging us for something that, frankly, was not our fault,” he said.

“Whoever buried that tank, it’s their fault,” he added, referring to an underground fuel tank beside the water treatment plant that was thought to be the source of contamination.

Deputy mayor Solomon Awa mentioned that Nunavut’s land-use plan is currently under review and as part of that, there are federal funds available to clean up sites in the territory.

“Perhaps we can look into that and seek funding from that,” Awa said.

Coun. Kyle Sheppard noted although the funding doesn’t cover the city’s full cost, forgiving water bills was a decision council made together.

“Nearly $2 million of that response was directly the choice of council … knowing full well that the chance of recovering those funds was pretty slim in the future,” he said.

Sheppard also said the money was a “substantial contribution.”

“The decisions we make have consequences and this is going to be one of them by the looks of it,” he said.