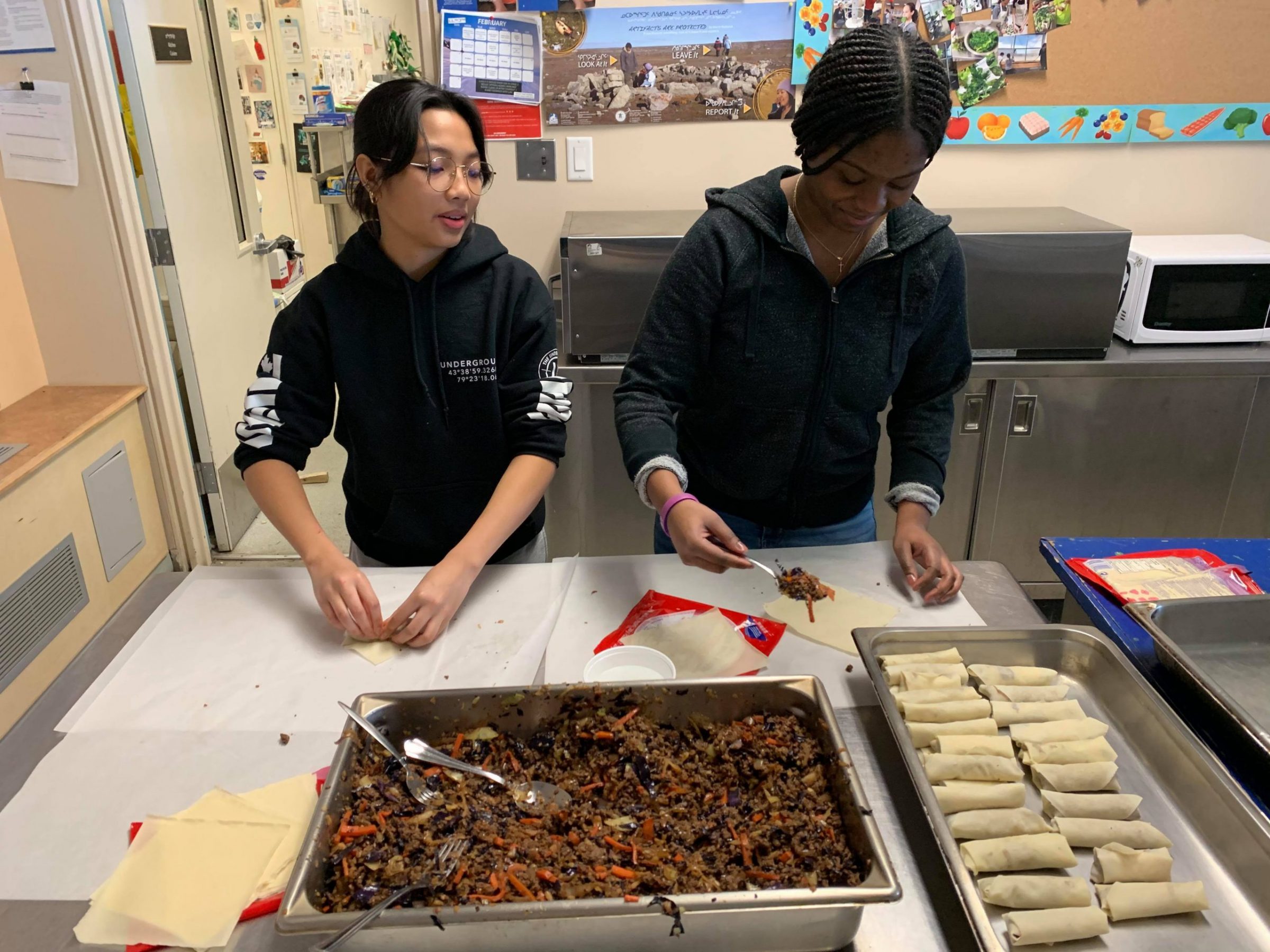 Students at Inuksuk High School in Iqaluit are in an enviable position: they are learning how to cook and eating delicious lunches.

That’s thanks to the efforts of food studies teacher Lael Kronick and her students in grades 9 to 12. 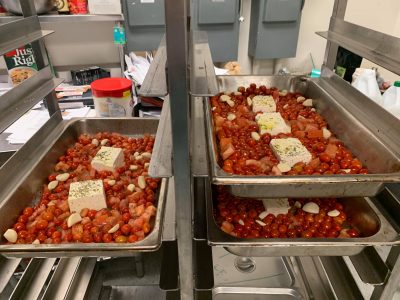 Pasta with cherry tomatoes, garlic and feta cheese are ready to pop in the oven at Inuksuk High School, where the student-made lunches this month included this baked dish, popularized by a TikTok video. (Photo courtesy of Laele Kronick)

Three days a week they produce tasty, well-balanced meals from scratch, which serve between 100 and 150 students and staff at the school.

On the monthly menu there was even a recipe, popularized by a viral TikTok video, of baked feta pasta with cherry tomatoes, pasta and goat cheese.

Kronick, who first started the lunch program at Inuksuk in 2017, said the meal production remains similar to how it was then.

But the menu is never routine. 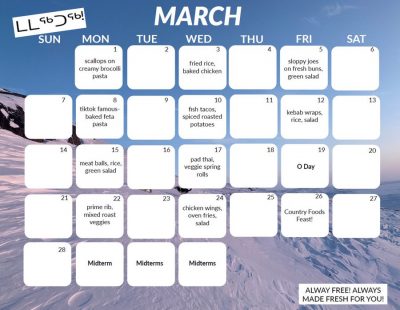 Quite a few items on the menu this month were based on student suggestions, including the kebab wraps, sloppy Joes and TikTok pasta, she said.

“[The students] are from diverse backgrounds and we try to draw on that diversity,” Kronick said, adding that’s a bonus because it allows her to get introduced to new foods.

While in class, students help with the preparation of ingredients and cleanup. They also gain experience in the kitchen by playing different roles on the cooking team, Kronick said.

While the students are measuring, chopping and mixing, Kronick said a lot of peer teaching and exchanges go on.

Along the way, Kronick serves students some “gentle nutrition education.”

Students and staff eat the lunches for free.

“We want students to look forward to coming to school, and sharing food as a community,” said Kronick.

Hunger remains a big problem in Iqaluit, including among students. Kronick said when they eat well, they learn better.

The Inuksuk lunch program is supported by a number of funders, such as the Nunavut Food Security Coalition, the Qikiqtani Inuit Association, the Nunavut Department of Health, Farm to Cafeteria Canada, President’s Choice Children’s Charity and Healthy Horizons (Northwest Co.).

“[The funding] is always kind of pieced together,” Kronick said.

Her wish? “We would really like long term, stable funding,” she said.