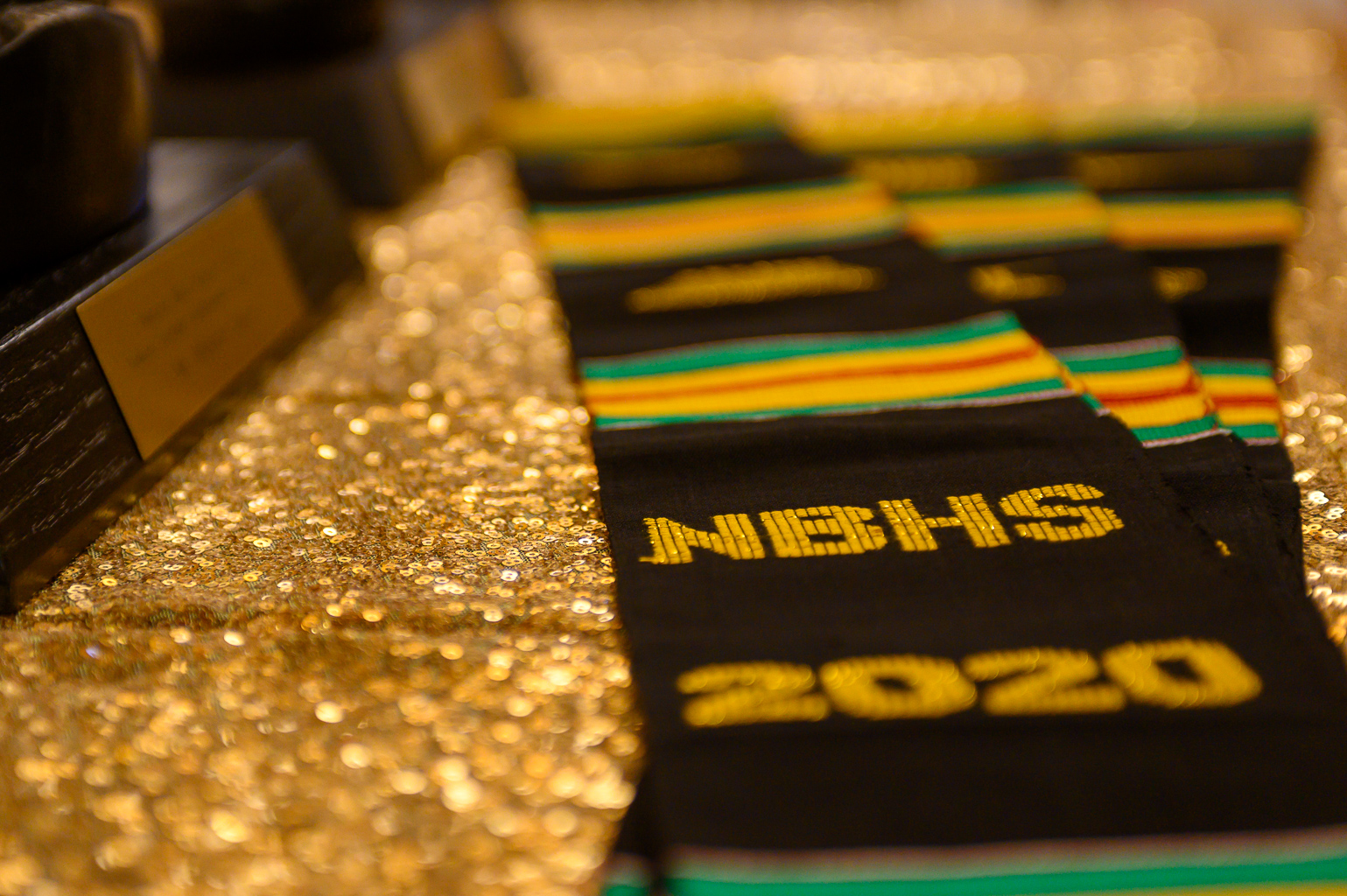 As part of the opening night festivities, the Nunavut Black History Society introduced the Sankofa awards. Open to any person of African descent, the award is given to those whom the NBHS views as having achieved excellence in one of three categories. (Photo by Dustin Patar)

“The objective is to express the reality that we all are one connected, united human family,” said Stephanie Bernard, president of the Nunavut Black History Society.

The night began with a qulliq-lighting ceremony followed by a prayer by Pastor Tim Lawal, a vocal performance by Shania Williams and opening comments from Nunavut’s minister of culture and heritage, David Joanasie.

“Black History Month is a time for Canadians to celebrate the many achievements and contributions of black Canadians who, throughout history, have done so much to make Canada the culturally diverse, compassionate and prosperous nation it is today,” said Joanasie.

“The theme is very much aligned with Inuit Qaujimajatuqangit, Inuit knowledge, brought down through the centuries, which guides us to where we are today,” said Joanasie.

The evening’s keynote address, which was given by Winston LaRose, a long-time activist in Toronto’s Jane and Finch neighbourhood, touched on everything from his storied past and a history of Black History Month in Canada to a recent documentary about his struggle to prevent his neighbourhood from being gentrified.

LaRose also took the opportunity to thank the people and Government of Nunavut for their support of Black History Month.

“I think you’re being most diligent in Nunavut, more so than the rest of the country. They have not supported the black history cause as much as they should,” said LaRose.

Towards the end of the night, the NBHS introduced their new Sankofa awards.

The word Sankofa is a sacred ancestral term from the Akan people of Ghana, in West Africa, which when translated means, “We must go back and reclaim our past so we can move forward.”

The figurines depict a mythical bird with its feet firmly planted forward and its head turned backwards.

The awards, which are open to any person of African descent, are for the following categories: lifetime achievement, volunteer achievement and the African-descent person of excellence in Nunavut award.

“I’m particularly pleased to take this back to Ontario and let them see how Nunavut does things in a big way,” said LaRose.

The night concluded with a lively performance by the Inuksuk High School hip-hop dance group, Outside Looking In.

The first Black History Month event will be a screening of “Mr. Jayne and Finch” the documentary about the work of Mr. LaRose, which will begin at 6 p.m. tonight at the Francophone Centre.

The rest of the month will include everything from a comedy show to samba lessons.

“No matter how you take it, you will be dancing and if you won’t be dancing, you’ll be balancing on one hand doing capoeira,” said Bernard.