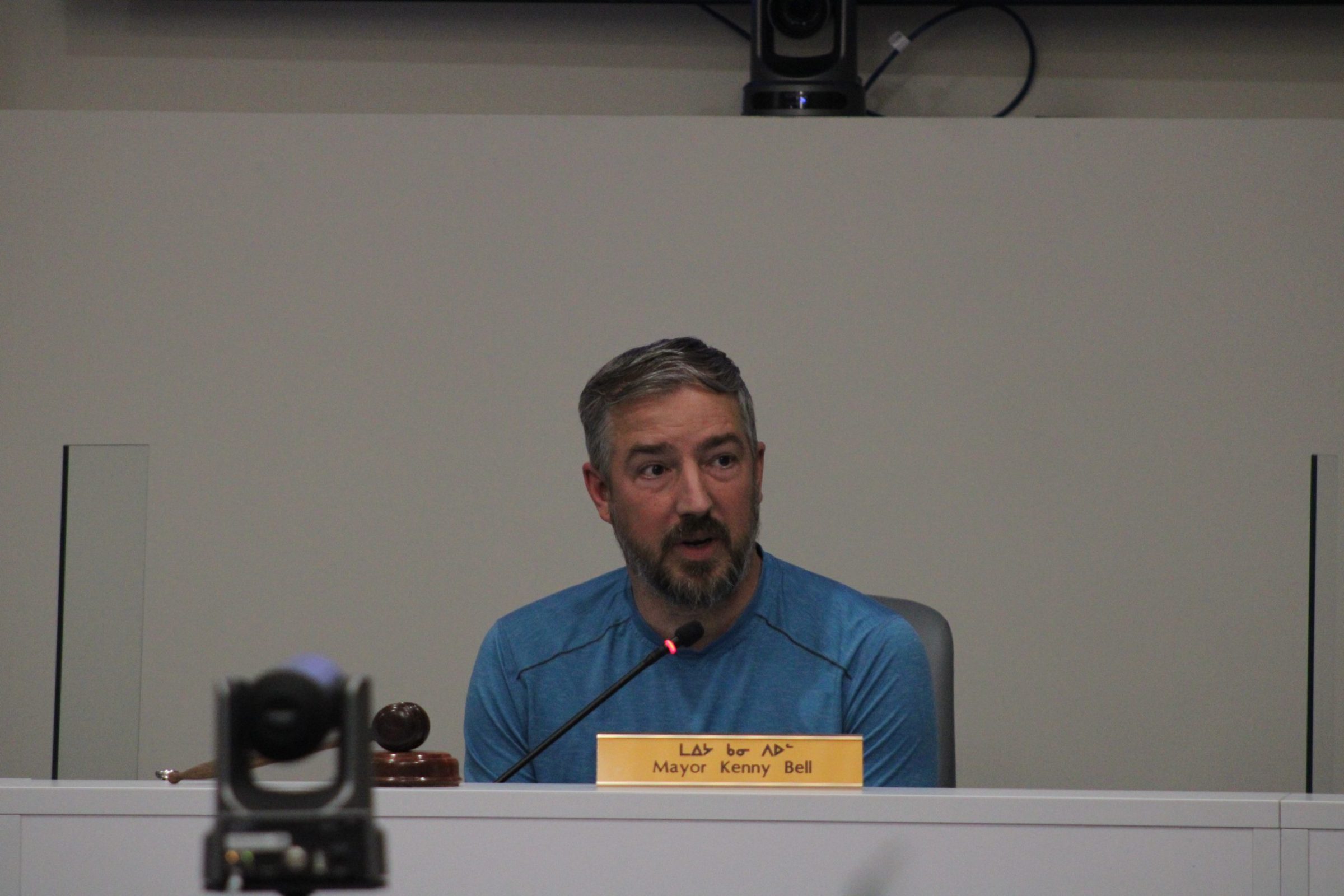 Iqaluit Mayor Kenny Bell has resigned, according to a statement he posted to Twitter on Tuesday afternoon. (File photo)

Iqaluit Mayor Kenny Bell has resigned, according to a statement he posted on Twitter Tuesday afternoon.

“After discussing with my family and friends I have made the decision to resign my position of Mayor of [Iqaluit] as of today,” Bell wrote in a tweet at about 2:30 p.m.

Later in the afternoon, the city issued a news release announcing that Bell had officially tendered his resignation “effective immediately.”

Deputy Mayor Solomon Awa will serve as mayor and Coun. Kyle Sheppard has stepped into the deputy mayor’s spot until council determines how to fill Bell’s vacancy or until the 2023 municipal election, about a year away. 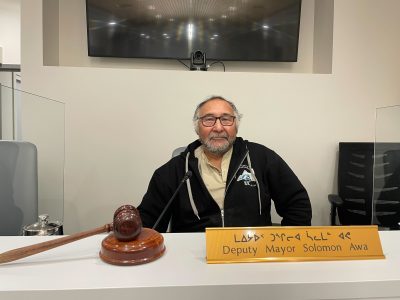 Iqaluit Deputy Mayor Solomon Awa, sits in the mayor’s chair in the city’s council chamber Tuesday, at the start of an emergency council meeting. Awa will replace Kenny Bell on an interim basis. Bell resigned as mayor “effective immediately,” according to a city news release issued Tuesday afternoon. (Photo by Emma Tranter)

Bell, who grew up in Nunavut’s capital city and previously worked for the Government of Nunavut, was elected mayor in 2019 to serve a four-year term.

“I thank our deputy mayor/s and all of our councillors past and present for the work they put in to help make our term successful, we did a lot of work under unprecedented times and we should all be very proud,” Bell wrote.

His resignation comes after the City of Iqaluit paid to send him to a conference in Iceland that he did not attend, despite travelling there on the city’s dime.

Bell did not offer a reason for his resignation and did not immediately respond to requests for comment from Nunatsiaq News.

Bell flew to Reykjavik, Iceland, last week to attend the 2022 Arctic Circle Assembly, which took place from Oct. 13 to 16.

Bell was scheduled to speak on a panel on Oct. 14 titled, “Youth in the Arctic — Creating Attractive Living Conditions,” but did not show up, confirmed Matthildur María Rafnsdóttir, Arctic Circle’s media director.

She also said Bell informed city administration Tuesday morning that he did not attend the conference “where he was to represent the City of Iqaluit as a delegate and a speaker.”

“The trip was paid for using city funds. He has not provided an explanation but has offered to repay the city for the trip expenses,” Elgersma wrote in an email.

She did not respond to questions about the cost of Bell’s trip.

Reached by Nunatsiaq News before he announced his resignation, Bell refused to comment on his attendance at Arctic Circle Assembly and said he would explain “early next week.”

“Feel free to run what you want if you are in a big hurry for a breaking story and I won’t talk next week when there is a real story,” he said in a Twitter message Tuesday.

More than 100 Canadian delegates attended the Arctic Circle Assembly last week, the largest delegation the country has ever sent.

A legal item was listed on the meeting’s agenda, issued by the city hall earlier in the afternoon.

Councillors are allowed to meet behind closed doors to discuss legal matters affecting the city but they are required to publicly report any decision they make during that meeting.

At the end of Tuesday’s 35-minute meeting, councillors moved right into a previously scheduled planning committee meeting without reporting anything from the private session, and without taking a reporter’s questions.