Iqaluit mayor to work part-time until next election, council decides 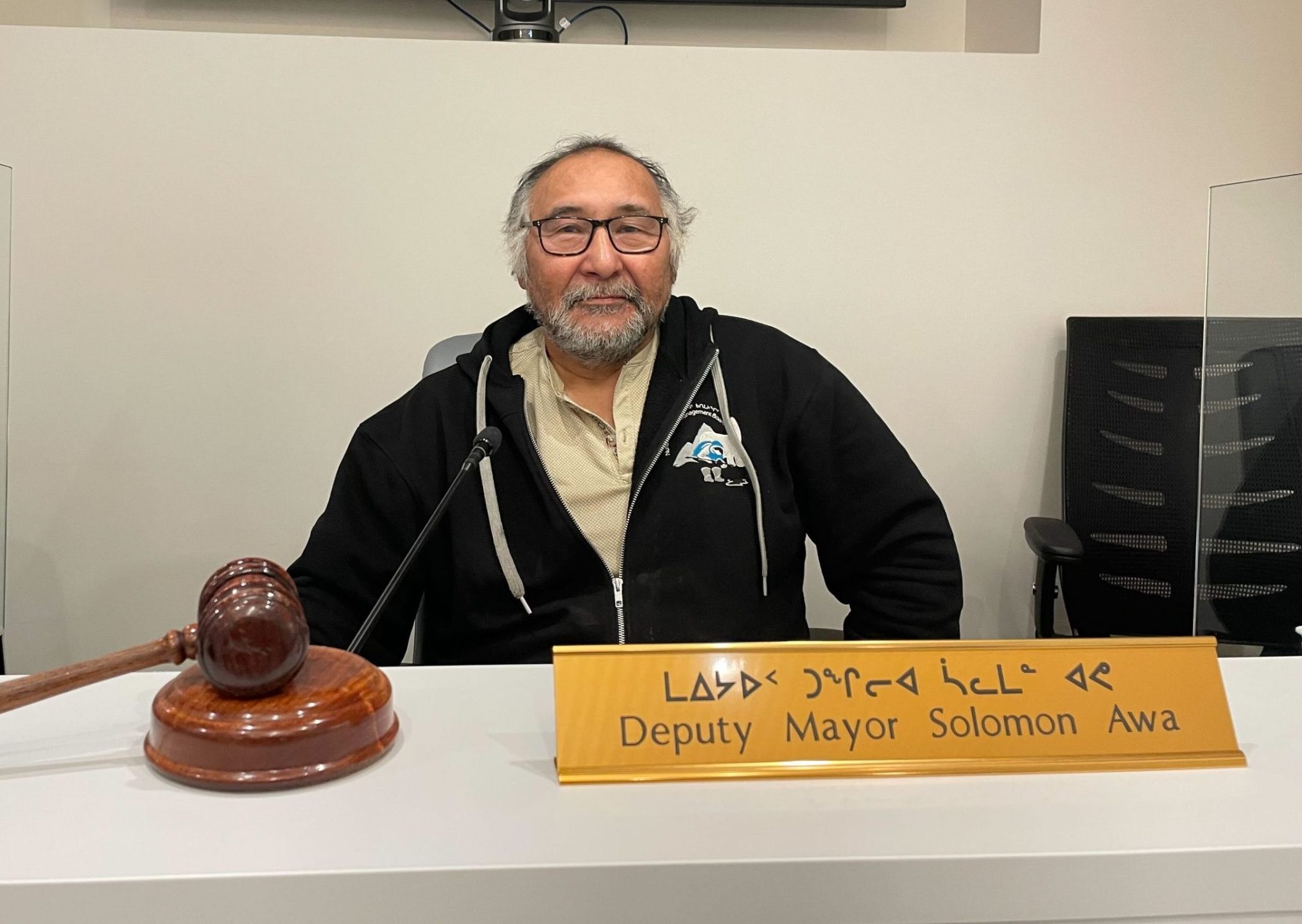 The position of Iqaluit mayor is officially a part-time role and will be until the city’s next election in October 2023. Deputy Mayor Solomon Awa is filling in as mayor until then, following the resignation last month of former mayor Kenny Bell. (File photo by Emma Tranter)

Iqaluit’s mayor will work on a part-time basis and be paid a part-time salary until the next municipal election in October 2023.

City council approved the plan at its meeting Tuesday night.

Last month, council voted to have Solomon Awa serve as mayor until the next election, replacing former mayor Kenny Bell, who resigned in mid-October with one year remaining in his four-year term.

Solomon — who until then was a city councillor and deputy mayor —  also works at the Qikiqtani Inuit Association as an Inuit Qaujimajatuqangit specialist.

Tuesday, council also voted to pay Awa a part-time salary of $5,000 per month, with no benefits or entitlements.

As for the vacant council seat, Deputy Mayor Kyle Sheppard said he was comfortable leaving that spot unfilled until next year’s election.

“I’m of the opinion that the seven [councillors] and our mayor can operate until next year,” he said.

However, Sheppard added he would like Elections Nunavut to confirm that that can be done.

The city’s chief administrative officer, Amy Elgersma, said she would check with Elections Nunavut before the next council meeting.

For other council positions, Coun. Sam Tilley — appointed to council last month after former councillor Joanasie Akumalik resigned — was nominated as vice-chairperson for the planning and lands committee, the taxi review committee, and the recreation committee.