‘Imaa, Like This’ project aims to get Inuit-specific music programming into Nunavut schools 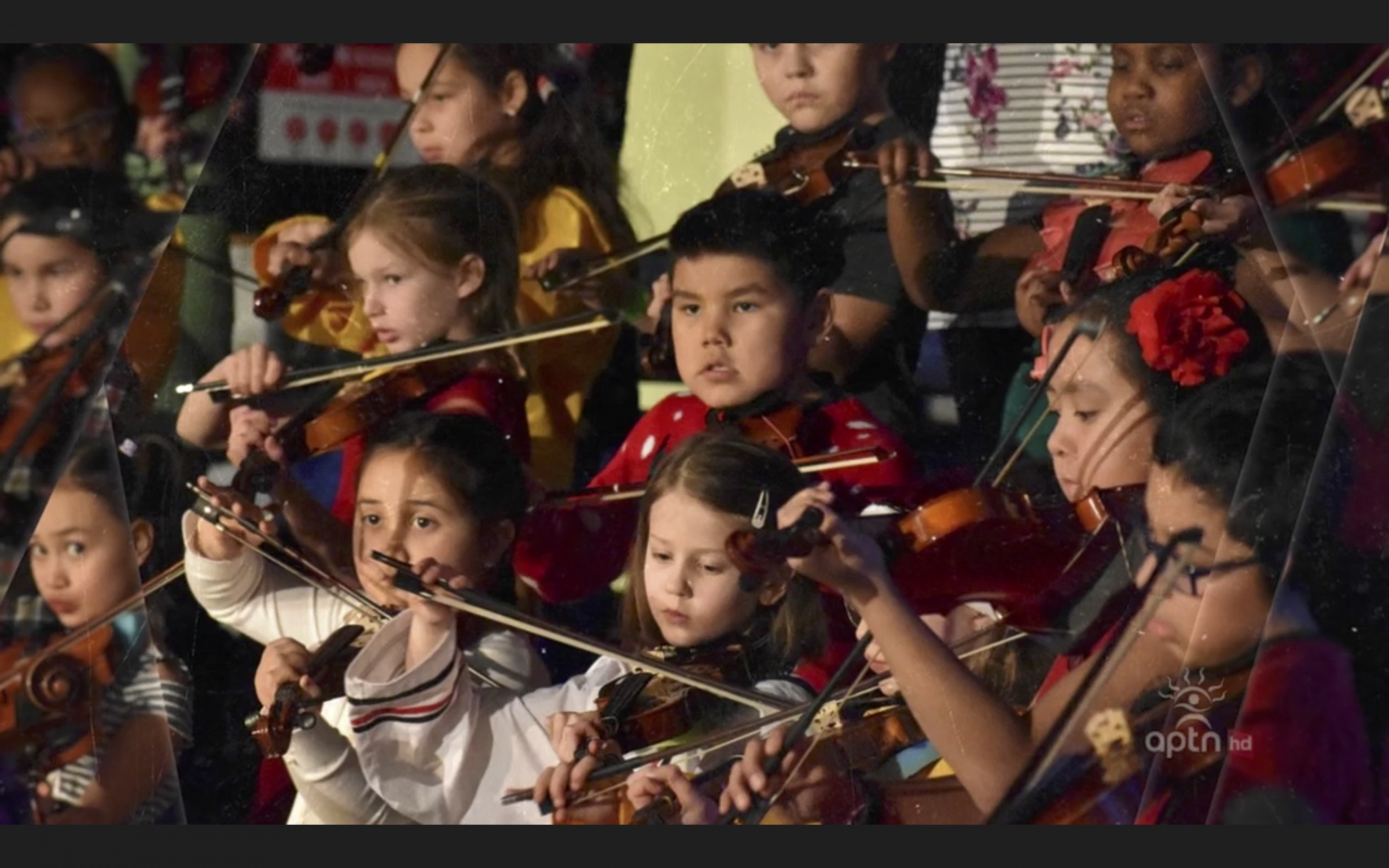 The Iqaluit Music Society took home this year’s top Arctic Inspiration Prize of $1 million for a project that aims to get Inuit-specific music programming into Nunavut schools.

The project, “Imaa, Like This,” will now be able to offer culturally relevant after-school music programs for kids, employ local music teachers and mentor youth to create their own music programs in communities across Nunavut.

“Winning the AIP is a dream come true for us all,” stated Naiome Eegeesiak and Darlene Nuqingaq, project co-leaders, in a news release on Feb. 19.

The money will allow the organization to expand more than ever before. Since non-profit organizations in Nunavut get funding year-by-year, Nuqingaq said it’s hard to plan ahead without knowing how much money is guaranteed in future years.

“We’ve done 25 years of pretty much doing the same thing because we can’t expand,” said Nuqingaq in an interview after learning the program was a finalist for the award.

She called the Arctic Inspiration Prize a “fantastic” prize.

Demand for music education is high in Nunavut. The society runs a fiddle and accordion club on the weekends, but Nuqingaq said it is at capacity.

She said over the years, some parents from other Nunavut communities have flown their kids to Iqaluit to take part in the music programs.

And with all that demand, many elementary schools in the territory don’t have music teachers at all, according to Nuqingaq.

“If we grow our own homegrown music teachers, then that builds capacity to teach music to more children,” she said.

Nuqingaq says she believes Imaa, Like This could create more jobs for Inuit musicians and teachers, and help students succeed academically, because “music has been shown to enhance numeracy and literacy.”

“Over the years, I’ve seen kids develop self-confidence and find their voice,” she said.

The music society is run by a mix of paid employees, volunteers and youth mentors, many who attended music camp as children, then went on to work with the not-for-profit themselves.

Naiome Eegeesiak, the project’s co-leader, is one of them. Nuqingaq taught her to play music as a child and she now teaches accordion.

“I don’t know where I would be if I didn’t have music in my life,” she said in a past interview, adding that there should be music in Nunavut schools the same way all schools offer sports and physical education.

This is the second time the organization has submitted a project to be considered for the Arctic Inspiration Prize.

The society made it onto the list of finalists for last year’s million-dollar prize, which was awarded to Northern Compass, a program that helps northern youth navigate the southern post-secondary education system.

The AIP is the largest annual prize in the country. The prize was founded by Canadian philanthropists Sima Sharifi and Arnold Witzig, who launched it in 2012 at the International Polar Year science conference in Montreal.

This year, more than $3 million was awarded to seven projects across the North, including $500,000, which was awarded to a Nunavik-based project that aims to educate residents about hearing loss and provide access to hearing care.

A second Nunavut-based team also won a $451,000 prize for a food sovereignty project, Niqihaqut, which means “our food” in Inuktitut, that aims to create a country food economy in Taloyoak.