Trial deployment of the devices is expected to run for nine months, beginning Nov. 30 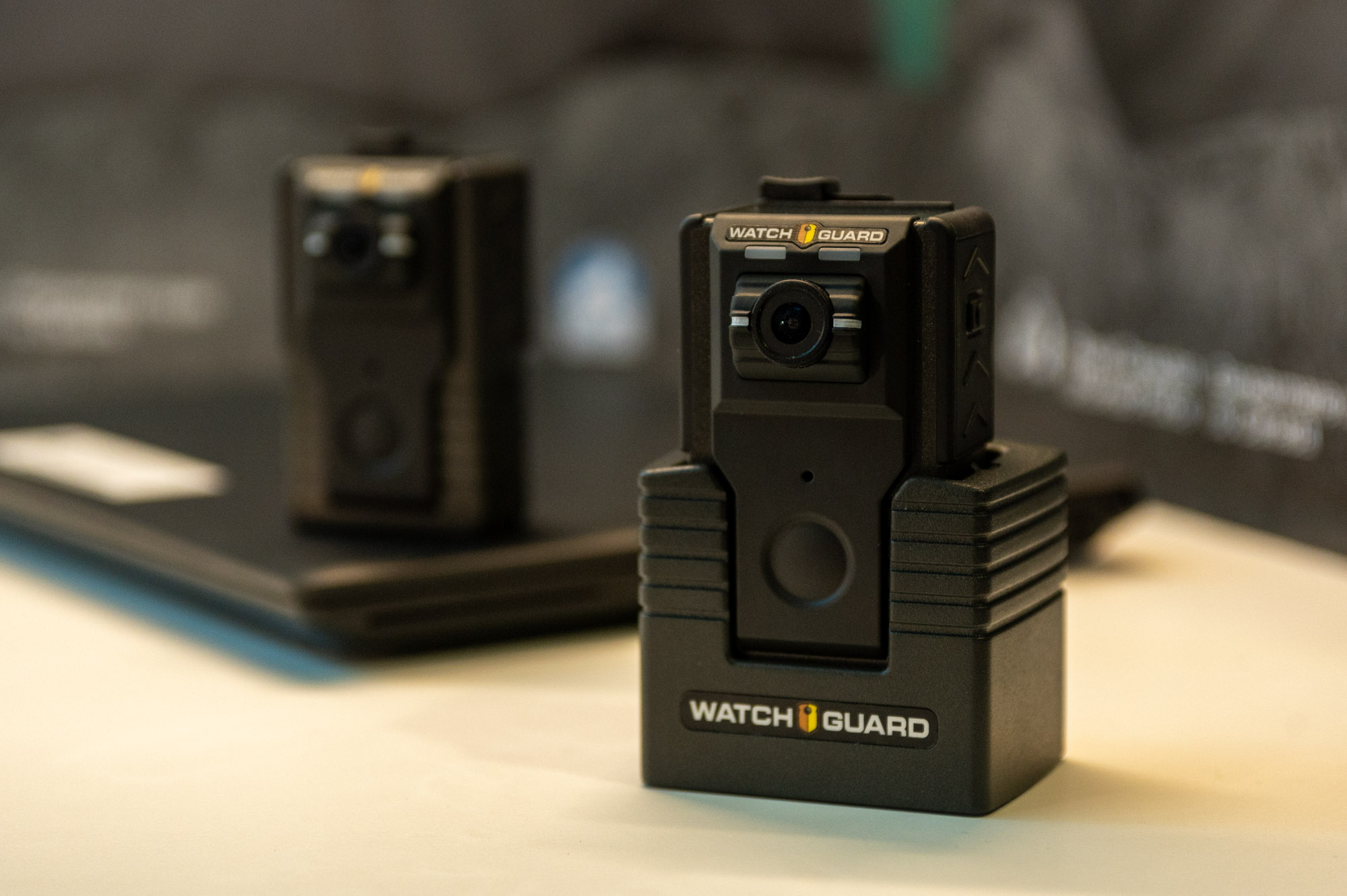 Body-worn cameras such as these will be worn by an increasing number of Iqaluit RCMP officers, starting at the end of November. The cameras are part of an RCMP pilot program expected to last nine months that could be a first step towards the use of the devices across Nunavut. (Photo by Dustin Patar)

The Iqaluit RCMP’s body-worn camera pilot project is slated to begin at the end of November. The project will consist of three phases, each with increasing levels of deployment, that are expected to last for nine months.

The announcement, which came during a news conference at V Division headquarters on Wednesday, Oct. 28, builds on last week’s news that Nunavut’s capital would be host to a pilot project that could be a first step towards the use of the devices across the territory and beyond.

“It is critically important for Nunavummiut to feel protected and respected by the police in order to enhance trust between the RCMP and the communities we serve,” said Inspector Adam Macintosh, V Division’s operations officer.

The first phase, which is set to begin by Nov. 30, involves eight officers being equipped with the cameras. This means that two cameras will be deployed per shift, as Iqaluit RCMP members work on 12-hour, four-shift rotations with six members working per shift.

Phase two, which is scheduled to begin by Jan. 11, doubles the number of officers who will be equipped with the cameras, which means that four cameras will be in use during each shift.

By phase three, which is slated to begin by Feb. 15, all six officers per shift will be using the cameras.

“The purpose of these phases is to allow the officers and support staff to adjust to the use of the cameras, the policies and our abilities to effectively manage the data,” said Macintosh.

Although the project is expected to run for nine months, that could change.

“As the pilot project continues moving forward, we will obviously make assessments in relation to whether it should be extended or reduced,” said Macintosh.

“In part that depends on what national RCMP look at doing in relation to the overall national strategy around … body-worn cameras.”

The cameras, which will be on throughout an officer’s shift, will not always be recording. Instead, it will be up to the officer to start and stop a recording.

“The objective would be is that all officers will be turning on their video cameras before they arrive at a location on a call for service,” said Macintosh, adding that there can be exceptions to this.

“For example, if they’re just going somewhere where they plan to speak with a person who wants to report [that] they’re the victim of a crime and we’re not interacting with somebody in such a way, such as we may have to arrest somebody, they may not record that.”

According to Macintosh, if officers didn’t have the ability to press record or not, the logistics of managing the data would be “nearly impossible” and not providing that ability might also have privacy implications.

“We want to allow officers to recognize, while they interact with the community, what’s appropriate and what’s not appropriate and it all comes down to what is respectful, what is reasonable in the circumstances and respecting individuals’ rights to privacy.”

When asked whether the policy that governs the use of the cameras would be available to the public, Macintosh indicated that it had already been shared with a number of government agencies, MLAs and other groups within the territory, but added that the RCMP is looking at making it available.

Between June and October, the RCMP participated in a series of roundtable discussions involving various levels of government and other key stakeholders.

“The consideration for us is that it’s a bit of a fluid document and there are things in there that may just simply not work and we have to adjust them based on our own feedback and then community feedback,” said Macintosh.

“Our objective is to be as open and transparent as possible with respect to how we want to roll this out. The more we can do that, the more effective we think the program is going to be.”

Aside from Wednesday’s news conference, the RCMP’s first public outreach steps will consist of placing informational posters about the cameras throughout the city.

According to Macintosh, these posters will contain details of the pilot project along with frequently asked questions and links to resources that will explain how to make a public complaint and file an access to information request.

Although the website that will host those resources, which will be available in Inuktitut, French and English, is currently being built, it is expected to go live before the cameras are deployed later in November.

For those unable to access the internet, the RCMP will also provide pamphlets in all three languages.

Macintosh also mentioned that they intend to have a member speak on the radio, use social media to further spread awareness and provide a public email address that can be used by residents to submit questions or request further information.

“We recognize that body-worn cameras are not the be all [and] end all in the sense that they’re going to solve every problem that exists in relation to communities and the police interactions, this is but one piece,” said Mcintosh.

“We know that there are many other things that we’re working towards to support our relations with the community.”