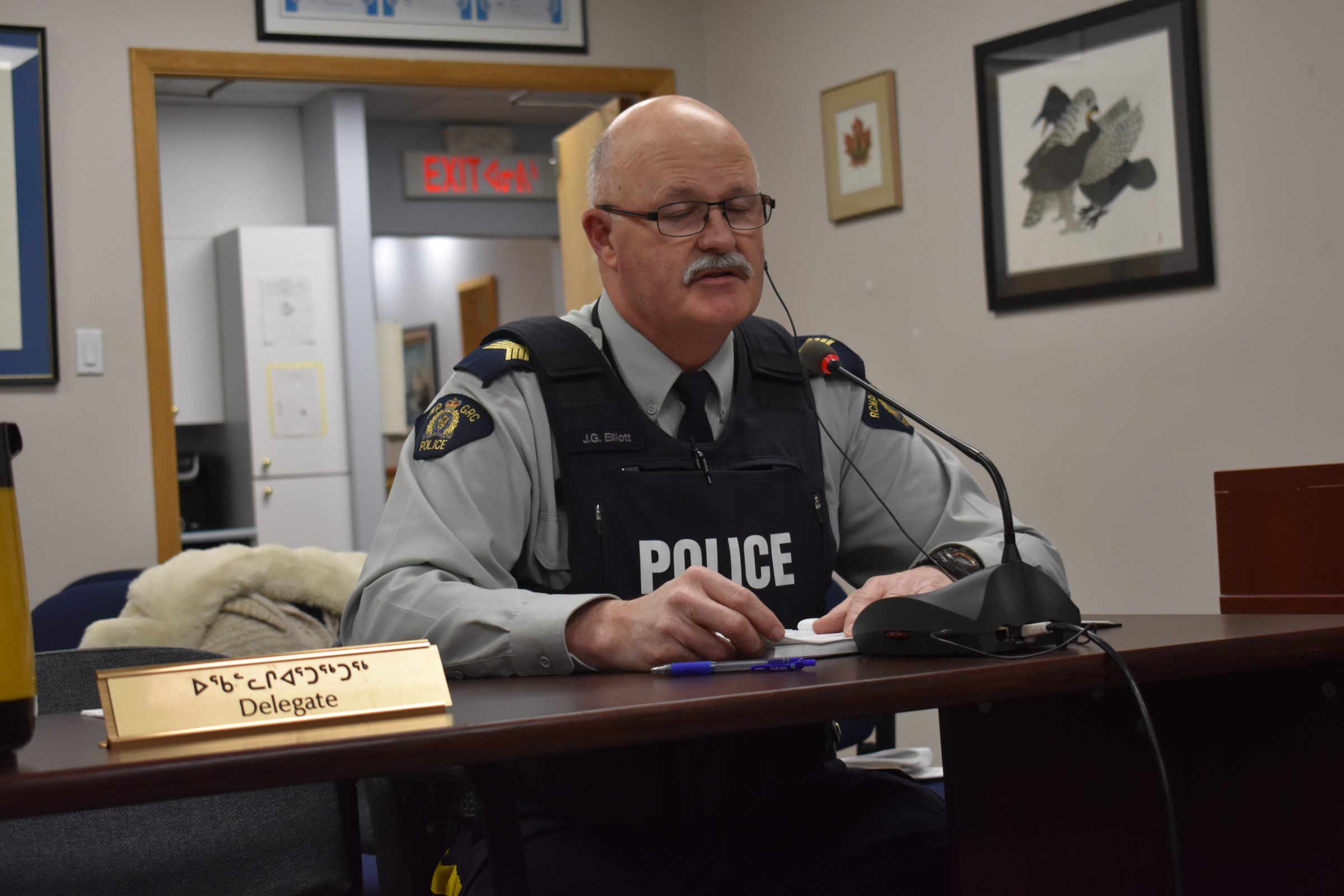 Nunavut RCMP are asking the territorial government for more staff to help cope with the growing number of violent crimes in the territory’s capital.

“A proposal will be put forth to the government for some additional resources for our detachment,” Staff Sgt. Garfield Elliott told Iqaluit city council on Tuesday, March 26.

“Last year we put in a request for additional resources—we were denied.”

Violent crimes have increased over the last two years in Iqaluit.

The city’s RCMP detachment is also currently bracing for a big turnover. It will need 13 new employees in the next few months, due to 11 contracts ending and two officers needing to leave town due to an investigation into an officer who opened fire on a man who had allegedly shot at RCMP first in December.

That shooting incident put one man in a temporary coma and resulted in him and another man being arrested and charged with firearms offences.

Violent crimes still on the rise in Iqaluit

Elliott gave an update on crime statistics on Tuesday night, covering the period between Jan. 1 and Feb. 28.

While two months is only a snapshot in crime statistics, it appears the trend of an increase in reported assaults and firearms offences is continuing.

In 2018, there were almost twice as many reported assaults in Iqaluit than in 2016.

This year, in January and February alone, Elliott said there have been 178 reported assaults.

If that rate continues every two months for the rest of the year, it would bring the total to about the same as last year. But Elliott said more violent crimes tend to happen in the shoulder seasons of spring and fall, when people cannot snowmobile on the land or take boats out on the water.

So far, for two months this year, there have been six reported firearms offences.

If that rate continues every two months for the next year, it will be at least 36 by Dec. 30.

Alcohol a factor—but maybe not the beer and wine store

As before, Elliott would not say whether Iqaluit’s beer and wine store, which opened in late 2017, is causing an increase in crime.

But alcohol is often a factor, he said.

“With the alcohol, we are seeing more aggressive people when we are doing the arrest, but whether that is attributed to the liquor store I cannot say,” Elliott said.

Alcohol has been in the community long before the beer and wine store opened, he said, and there was more illicit alcohol.

“But we do find there is more aggression when they are drinking and not passing out,” Elliott said.

Mayor Madeleine Redfern asked Elliott if the increases in violent crimes over the last few years indicate to his detachment that they may need more officers to keep up. He agreed.

A new crime-reduction supervisor, Cpl. Cory Abbott, started on March 11, and some other replacements are lined up. But Elliott says the staffing department is still working on filling the other positions that will be empty soon.

“When we do find ourselves with these unforeseen shortages, senior staff does provide some relief,” Elliott said.

And even when the detachment is fully staffed, he said, there is only so much that can be done when someone is set on committing crimes.

Elliott reminded city council about the night last November when Northmart’s warehouse was set on fire and four other fires were allegedly set by the same youth around the city afterward.

She is in custody and the charges she faces have not been proven in court.

“That particular night there were 11 (RCMP officers) on patrol after the first fire and we still had four more fires,” Elliott said.

“If you have the will to terrorize, there could be 40 members out there and it wouldn’t stop you.”