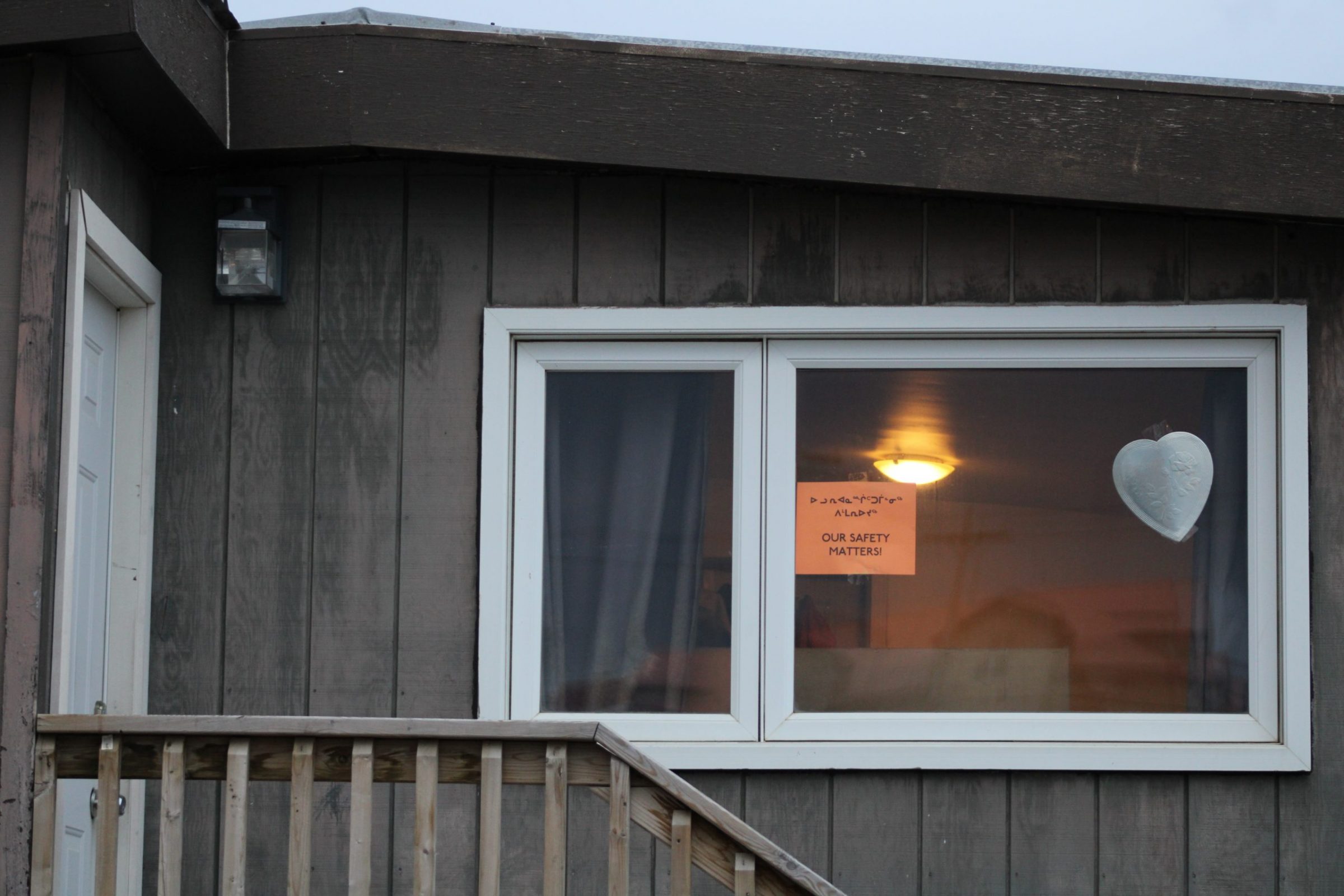 A sign is displayed in the window of a home in Lower Base. Residents have taken to posting the signs to draw attention to their public safety concerns during the territorial election. (Photo by David Venn)

This past summer has been the most unsafe in the past three years in Lower Base, a neighbourhood near downtown Iqaluit, says a business owner in the area, and more needs to be done to address the root causes of violence and substance use.

Jennifer Lindell, owner of the Jenn87 Hairstyling salon, spoke at the city’s public safety committee meeting Monday about the neighbourhood’s experience next to the IOL Beach, where people are often seen intoxicated in public and causing disturbances.

“In our area, what we’re doing is trying to keep the kids safe and let them live at least a half-normal life, even though normal to them is running in when they see a drunk person approach them,” she said.

The IOL Beach, owned by the Qikiqtani Inuit Association, has had its problems over the years, often involving public drunkenness.

“We need to help these people get better,” Lindell said.

Mayor Kenny Bell, the safety committee’s chairperson, said residents have complained to the city about general violence, people having sex on the beach, defecating in public and trying to break into people’s homes.

The complaints have spurred QIA and RCMP to have officers and staff members patrolling the area on foot in the summer.

The RCMP did an extra 36 hours of patrolling between August and September and had a mental health professional join a few patrols, Bell said.

But Lindell said that more policing can’t be the only fix.

“The violence that we see is people with problems, people with trauma, and we need to get to the root cause of that,” Lindell said.

“These people that are partying down there are our most marginalized citizens, unfortunately,” Bell said in an interview, adding that there must be better housing and mental health supports available.

Deputy Mayor Solomon Awa agreed, saying he recently spoke with an elder about the situation, who said the problems on the beach are a product of people not taking care of their children and the community not having the capacity to help them.

Later, committee members discussed potential solutions, such as requesting that the beer and wine store post signs asking people not to drink in public, having brighter street lights near the beach area, involving more mental health workers during foot patrols and opening a safe consumption site or sobering centre.

Flaherty said the Government of Nunavut also has a role to play because it owns and operates the beer and wine store.

“There’s a sentiment … that the beer and wine store has a causal effect on the ugliness that happens in this area,” she said.

Lindell suggested that governments use on-the-land programs to help struggling with alcohol abuse.

“As we all know, a lot of us spend our time on the land, and the land is healing,” Lindell said. 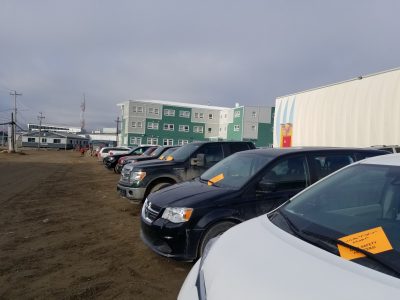 “Our safety matters” signs were placed beneath the windshield wipers of cars parked next to the firehall on the National Day for Truth and Reconciliation. Downtown residents have taken to posting the signs to draw attention to their public safety concerns during the territorial election.
(Photo by David Venn)

The meeting happened after orange “our safety matters” signs cropped up in homes, businesses, cars and on poles in Iqaluit, from Lower Base to the Upper Plateau.

Similarly, a crate with “safety 1st” spray-painted on it was recently dropped at the city’s Four Corners. Bell said that he asked city staff to remove it because it was ugly and distracted residents from territorial election campaign signs nearby.

Flaherty, who is one of the residents with a sign on her home, said the campaign aims to make the neighbourhood’s public safety concerns an issue in the territorial election.