“It’s about finding how you can be strong yourself. I’ve learned to rely on myself here” 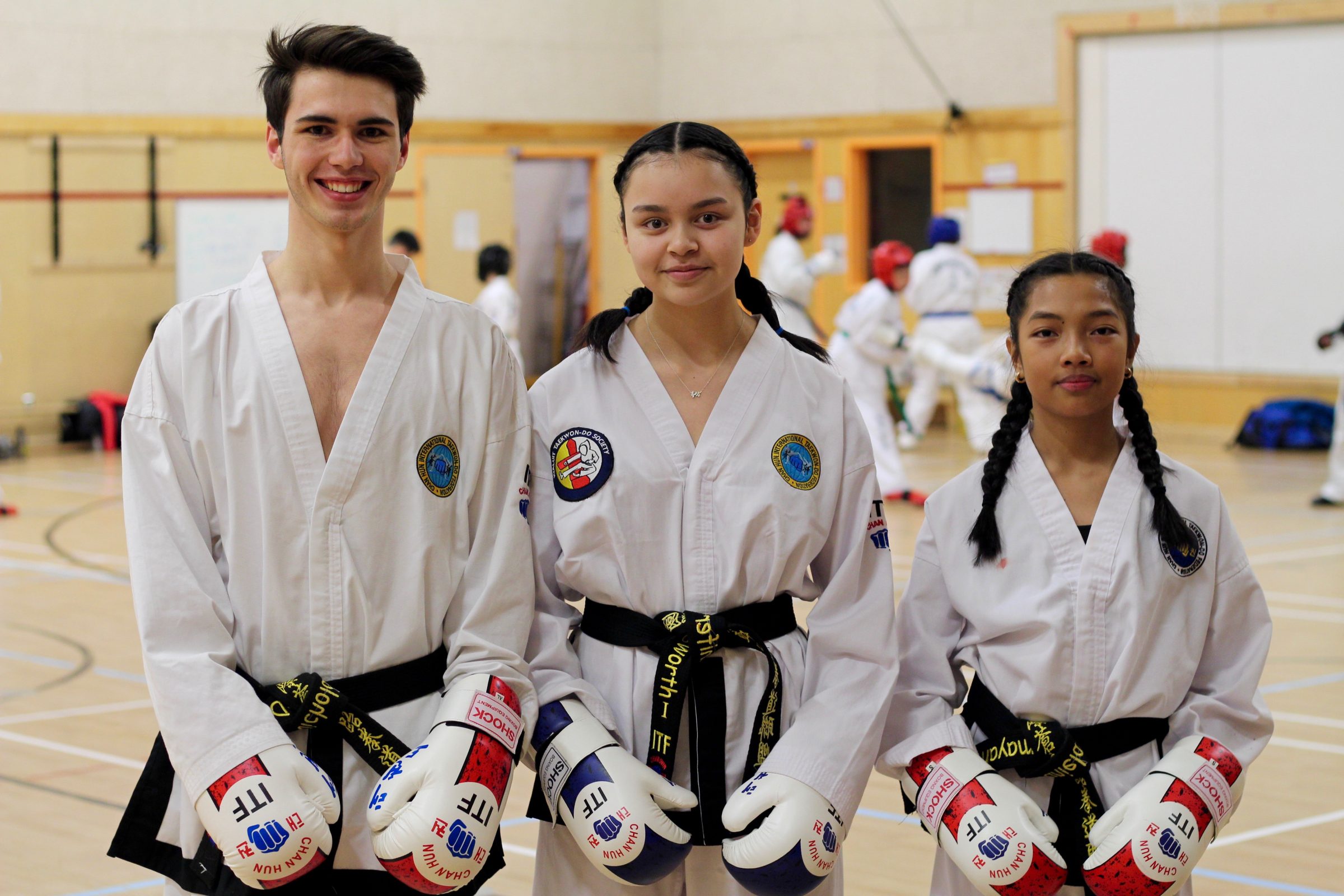 Next month, the 15-year-old Iqaluit martial artist is taking that belt to Melbourne, Australia, where she—along with seven of her colleagues from the Iqaluit Taekwondo Society—will represent Canada at an international tournament of the Chan Hun International TaeKwon-Do Federation.

“Taekwondo became my lifestyle,” said Ellsworth, who also acts as a junior instructor at the society, which has members meet at the Aqsarniit Middle School Gymnasium to train three times each week.

The group of eight delegates heading to join Team Canada in Australia for the March 8–10 tournament are also training on their own time, working on cardio and building muscle.

“Each of the competitors is undergoing two hours of physical activity every day,” said fighting coach Matthew Smallacombe. They’re “really trying to build their cardiovascular and physical strength up,” he said.

More than 23 countries will be represented at the Australia tournament, and 42 Canadian athletes are planning to compete.

“I’m really happy to represent Canada and Nunavut because it’s such a small territory,” said Ellsworth, who, in the lead-up to the tournament, is looking to grow her thresholds for perseverance and dedication.

“I need to stay motivated,” she said.

To help the students train for their trip, the society brought in an expert trainer near the end of January. As a many-time gold medallist and son of a senior grand taekwondo master, Sabum Curtis Lu had lots of insight to share with members of the Iqaluit society, young and old.

Students can start learning taekwondo in Iqaluit at age seven, and right now the group’s oldest member is 71. The society members heading to Australia range from age 15 to 51.

Nicholas McDermott, 15, was paying close attention to sparring skills that Lu shared on Jan. 30 when Nunatsiaq News visited the society. McDermott also acted as a partner for Lu’s training demonstrations.

“I need to work on my sparring,” said McDermott, who was out of breath from doing just that.

Also a first-degree black belt, McDermott is getting ready to join Alberta athletes for Team Canada for sparring competitions.

At taekwondo tournaments, athletes compete in sparring competitions, and also in pattern competitions, where they demonstrate defence patterns that would be used against an attacker.

But taekwondo isn’t only about fighting, said lead instructor of the Iqaluit Taekwondo Society Maryse Mahy.

“We’re not just here to kick and punch,” she said. “We’re here to develop our mind, and develop the tenets of taekwondo—courtesy, integrity, self-control and an indomitable spirit.”

The martial artists start off each of their training sessions by repeating these tenets.

“We explain taekwondo isn’t to hurt people. We use it here to exercise for fun and then to use if we have to for self-defence,” Mahy said.

When the athletes compete in tournaments, especially the youth, they gain a lot of confidence, she said. “Their willingness to put effort into it and work hard increases.”

Daniela Calamayan—a third 15-year-old Iqaluit black belt getting ready to head to the tournament in Australia—has been using taekwondo to build up her confidence and self-reliance since she was in Grade 6.

“A strength that we’ll bring is the fact that we’re from up North,” she said. “We’re going there to represent Canada, to represent Nunavut. I think having that behind us is going to push us.”

Now in Grade 10, she is prepping for the coming competition by working on her cardio, and by remembering that she doesn’t need to compare herself to the other international athletes.

“Taekwondo, it’s an individual sport. It teaches us discipline, how to rely on yourself,” she said. “It’s about finding how you can be strong yourself. I’ve learned to rely on myself here.”

Competitions aren’t new for the Iqaluit Taekwondo Society, but this is the first time members have travelled so far for an international tournament, said society president Patrick McDermott. As part of the trip, the group will take part in seminars led by world-renowned black belt martial artists.

“They’ll be learning how to refine their techniques at their black belt level,” he said.

“It’s such a diverse martial art. You don’t only focus on fighting—it’s self-defence, theory, philosophy,” she said. “You learn to connect with other people. It’s especially good in a small community like this because you may feel isolated, or you want to be a role model for other youth.”