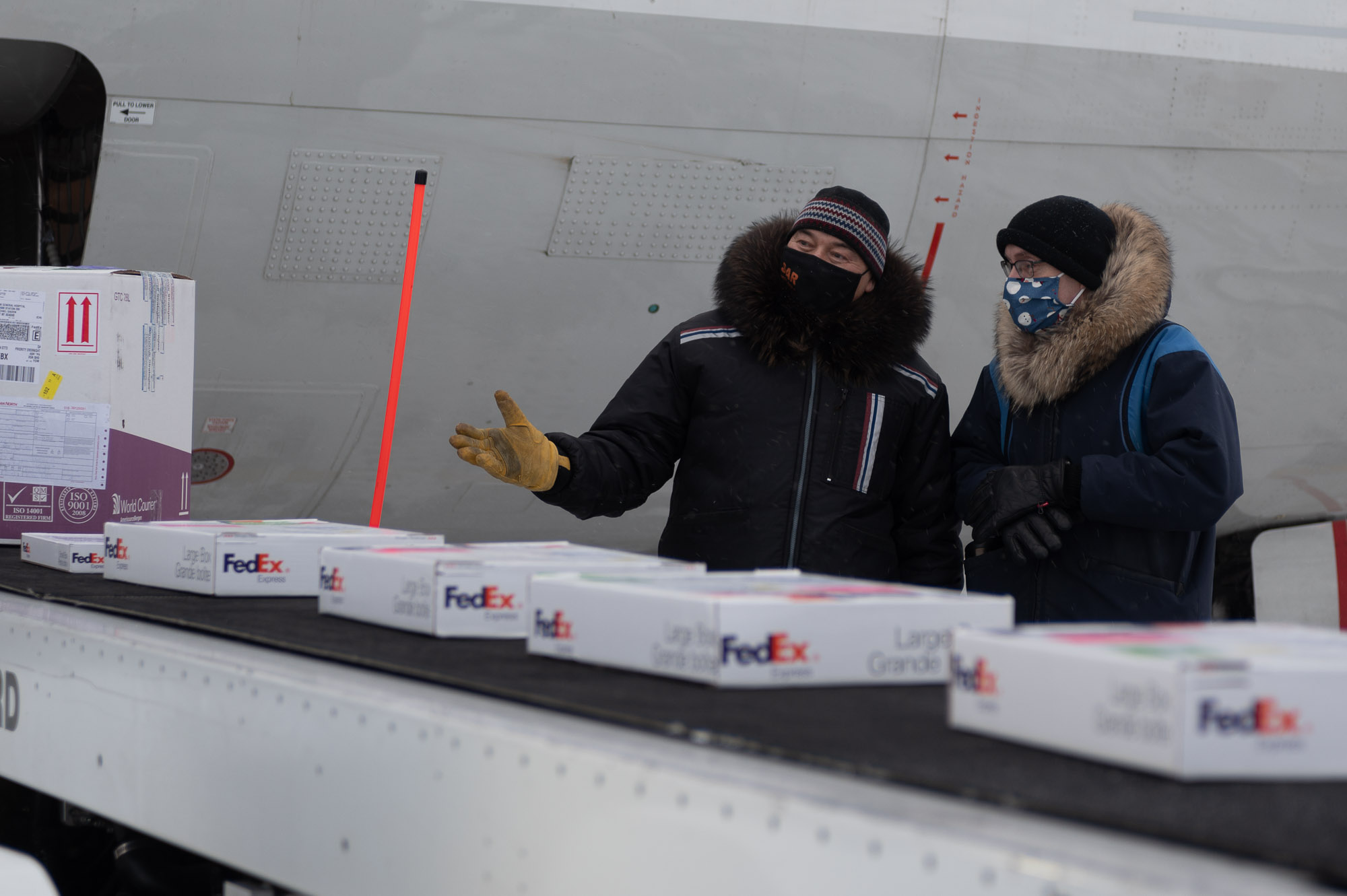 News that most people in Iqaluit will have to wait for COVID-19 vaccinations while the government concentrates on the city’s vulnerable population was met with “sadness” from the area’s MLA and a plea from the mayor to reverse the decision.

Iqaluit-Manirajak MLA Adam Arreak Lightstone said it was “with sadness” that he shared the image of an email he says he received from the Nunavut government, stating that possible shipping delays of the Moderna vaccine were forcing the government to prioritize vaccines for the city’s “vulnerable populations.”

It says, due to vaccine shortages, the government will conduct community-wide vaccination clinics in every community except for Iqaluit, “which with its size and demographics will be done based on vulnerability categories and on quantity of available doses.”

…chosen to do community wide vaccines in all of Nunavut communities except for Iqaluit which with its size and demographics will be done based on vulnerability categories and on quantity of available doses. pic.twitter.com/kRuydlDHQA

It prompted Mayor Kenny Bell to write a letter to Nunavut’s health minister that calls on him to overturn the decision.

“This is completely irresponsible of our government,” states the mayor’s letter, which Lightstone also shared on social media.

“Iqaluit is the largest community in Nunavut and as a major hub, most travelers in Nunavut have to travel through our community for essential purposes and this decision is putting our citizens at further unnecessary risk,” Bell said.

Bell added he is disappointed the city was not consulted in the decision.

I invite all to join our campaign to reverse this decision

Vaccinations in Iqaluit have so far focused on elders’ homes, shelters and frontline workers, as well as people over 60, according to the government email.

Lightstone, Bell and the Health Department did not immediately respond to interview requests late Friday afternoon.

Despite the shipping delays of Moderna’s COVID-19 vaccine, Premier Joe Savikataaq says that he has the federal government’s assurance that the doses promised to the territory will come.

Prime Minister Justin Trudeau held a conference call with Savikataaq and other premiers on Thursday to discuss their response to the COVID-19 pandemic.

On the call, the premier did not get details on amounts or timing for the Moderna vaccine doses arriving in February, Cate Mcleod, the premier’s press secretary confirmed.

“We have the federal government’s assurances and we are very hopeful that we’re still on track,” she said in an email, referring to the Health Department’s goal of inoculating 75 per cent of the territory’s adult population by the end of March.

Speaking to reporters outside Rideau Cottage in Ottawa on Friday, Trudeau assured Canadians the country would receive the two million doses contracted from Moderna and four million from Pfizer by the end of March, as planned.

“We are very much on track to getting those six million doses,” he said, adding that small delays were to be expected in a worldwide vaccine rollout.

As of Friday, 5,649 people have received the vaccine in Nunavut, according to the Health Department’s online tracker.

There are currently 14 active cases in Nunavut in total, all in Arviat.

Restrictions in the community are now stricter, while communities in the Kitikmeot and Qikiqtani regions saw schools reopen full-time Thursday.

The outbreak in Whale Cove was officially declared over that day.