Iqaluit walk planned for Tuesday to oppose violence against women 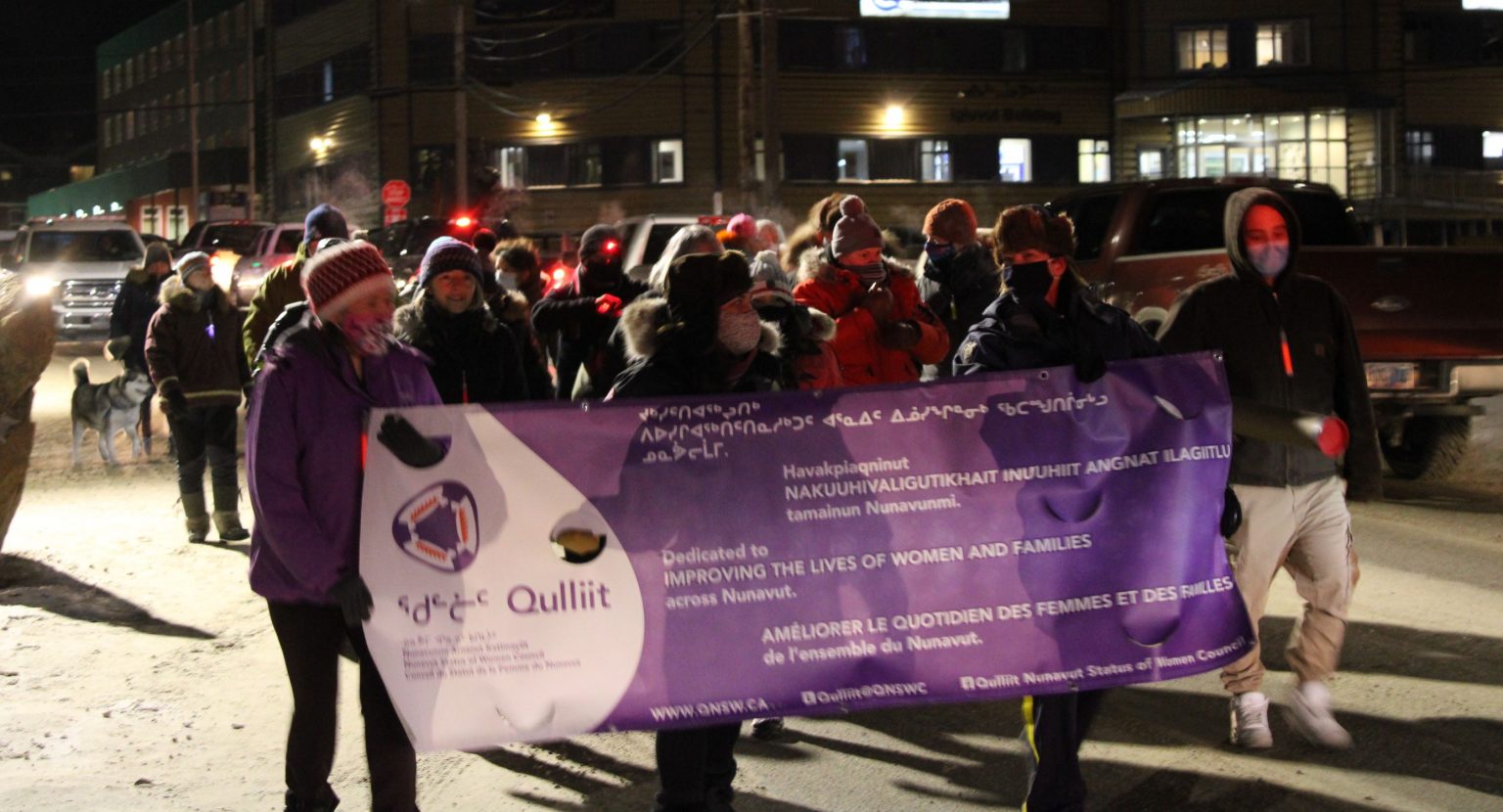 About 25 people march from Iqaluit’s Igluvut Building down Queen Elizabeth Way for the National Day of Remembrance and Action on Violence Against Women and Girls on Dec. 7, 2021. (Photo by David Lochead)

People in Iqaluit can join a walk Tuesday evening to show their opposition to violence against women, while honouring victims and spreading awareness on the issue.

Dec. 6 is the National Day of Remembrance and Action on Violence Against Women.

The walk in Iqaluit starts at the four corners at 5:45 p.m. It’s hosted by the Qulliit Nunavut Status of Women Council, Government of Nunavut, Nunavut Law Society and the RCMP.

Qulliit is encouraging those attending the walk to wear purple or a white ribbon.

The walk will end at the Nunatta Sunakkutaangit Museum at about 6 p.m. and be followed by a remembrance event.

As well, people can observe a moment of silence at 11 a.m. and “create safe spaces to hold conversations” regarding sexism, violence against women, girls, female-identifying and gender non-conforming people, and the LGBTQ community, according to a news release from the council.

Informally called White Ribbon Day, Dec. 6 marks the anniversary of the École Polytechnique massacre in Montreal in 1989. On that date, a male gunman killed 13 female students and one female staff member.

It is also part of the 16 Days of Activism Against Gender-based Violence, an annual international campaign that begins Nov. 25, the International Day for the Elimination of Violence Against Women, and ends Dec. 10, which is World Human Rights Day.