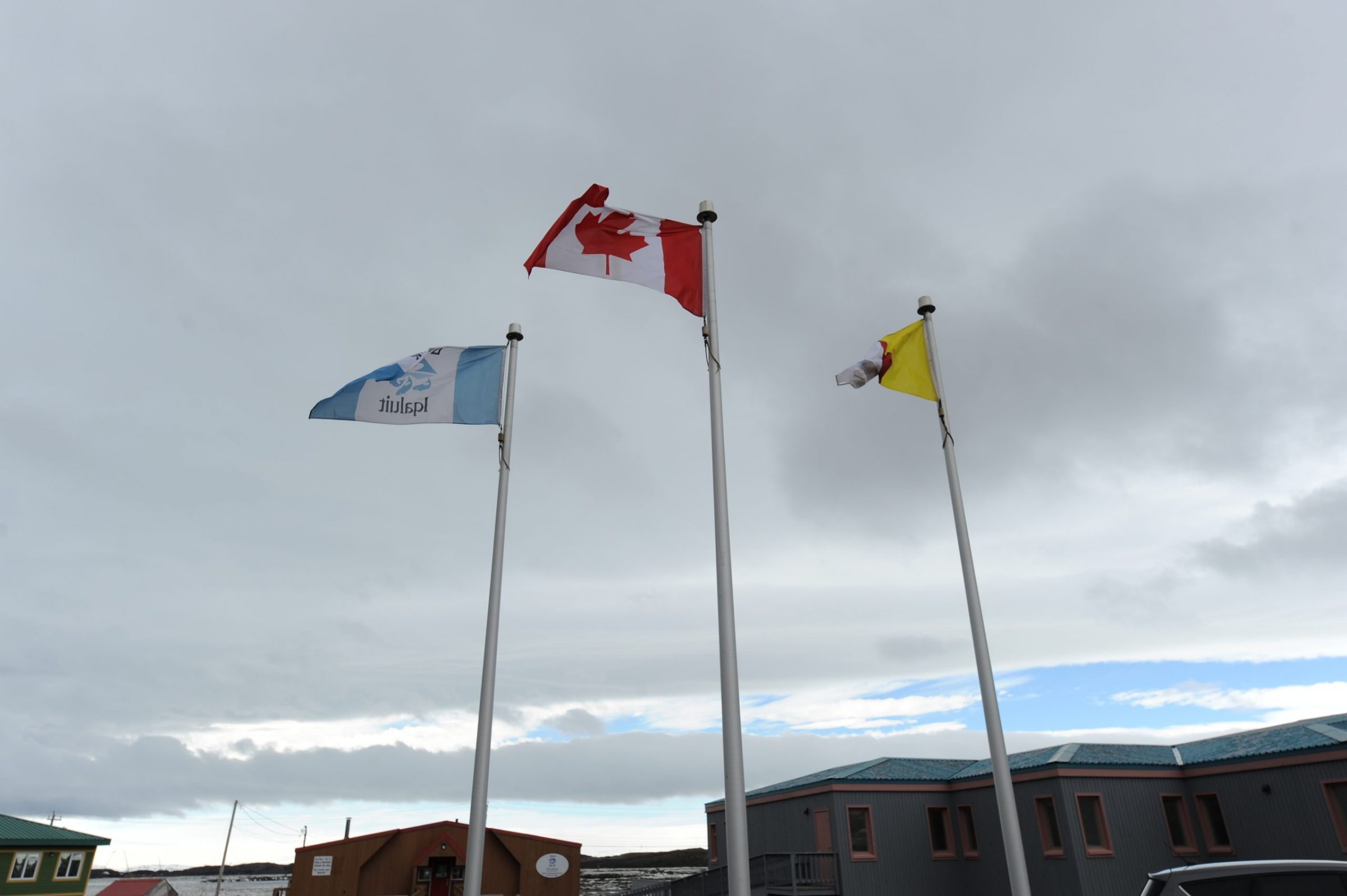 Iqaluit city council voted Tuesday evening to carry on with this year’s Canada Day celebrations, but with alternative activities that promote self-reflection and education about the country’s mistreatment of Indigenous Peoples. (Photo by David Venn)

Iqaluit city council voted Tuesday evening to celebrate Canada Day differently this year, with activities such as memorials or vigils that “allow for more personal reflection, celebration, education and engagement” about the country’s mistreatment of Indigenous Peoples.

They voted on an item brought forward by the city’s recreation department director, Stephanie Clark, asking council for guidance on how to proceed with marking the holiday this year.

During the discussion, the councillors acknowledged the suffering Indigenous Peoples have experienced due to colonialism, and more specifically, the pain felt after the discovery of the remains of 215 children on the grounds of a former residential school in Kamloops, B.C., in late May.

Victoria, B.C., and several other western cities have announced their own plans to cancel fireworks displays and other Canada Day festivities this year, saying those activities would be a setback to reconciliation efforts.

The majority of Iqaluit city councillors, meanwhile, voted to keep some celebrations in place.

“I don’t feel much like celebrating Canada this year, but I do think it’s a good idea to have more intimate opportunities, especially for children,” said Coun. Sheila Flaherty.

Flaherty shared how residential schools have affected her life.

“My late mom was taken at the age of six and she was abused,” Flaherty said. “At face value she succeeded in life, but yet she was forever affected by the abuse that she endured and my life has been impacted.”

Deputy Mayor Janet Pitsiulaaq Brewster called this year’s holiday an opportunity to celebrate Indigenous people who have been able to reclaim family ties in spite of the residential school system.

She also spoke of how residential schools affected her and her loved ones.

“[My father] was labelled as a survivor of residential schools and would be 71 today if he hadn’t taken his own life at 51 because of … the impact of the trauma that he felt … due to the abuse that he suffered in residential schools,” Brewster said.

“I think that this is an opportunity for us to acknowledge that this country has far to go in decolonizing.”

Councillors Joanasie Akumalik and Simon Nattaq said they were indifferent to cancelling the holiday’s events or changing them.

Akumalik said he wanted council to provide a written statement to the federal and territorial government on why it made whatever decision it decided to make.

“I will always be a Canadian, no one will change my citizenship as a Canadian,” Akumalik said. “It is in my heart.”

The city received $35,000 from the federal government’s Celebrate Canada fund, which is to be used for National Indigenous Peoples Day, Saint-Jean-Baptiste Day and Canada Day activities, said city spokesperson Lisa Milosavljevic in an email to Nunatsiaq News.

If necessary, the city will give some of that money back, Mayor Kenny Bell said.