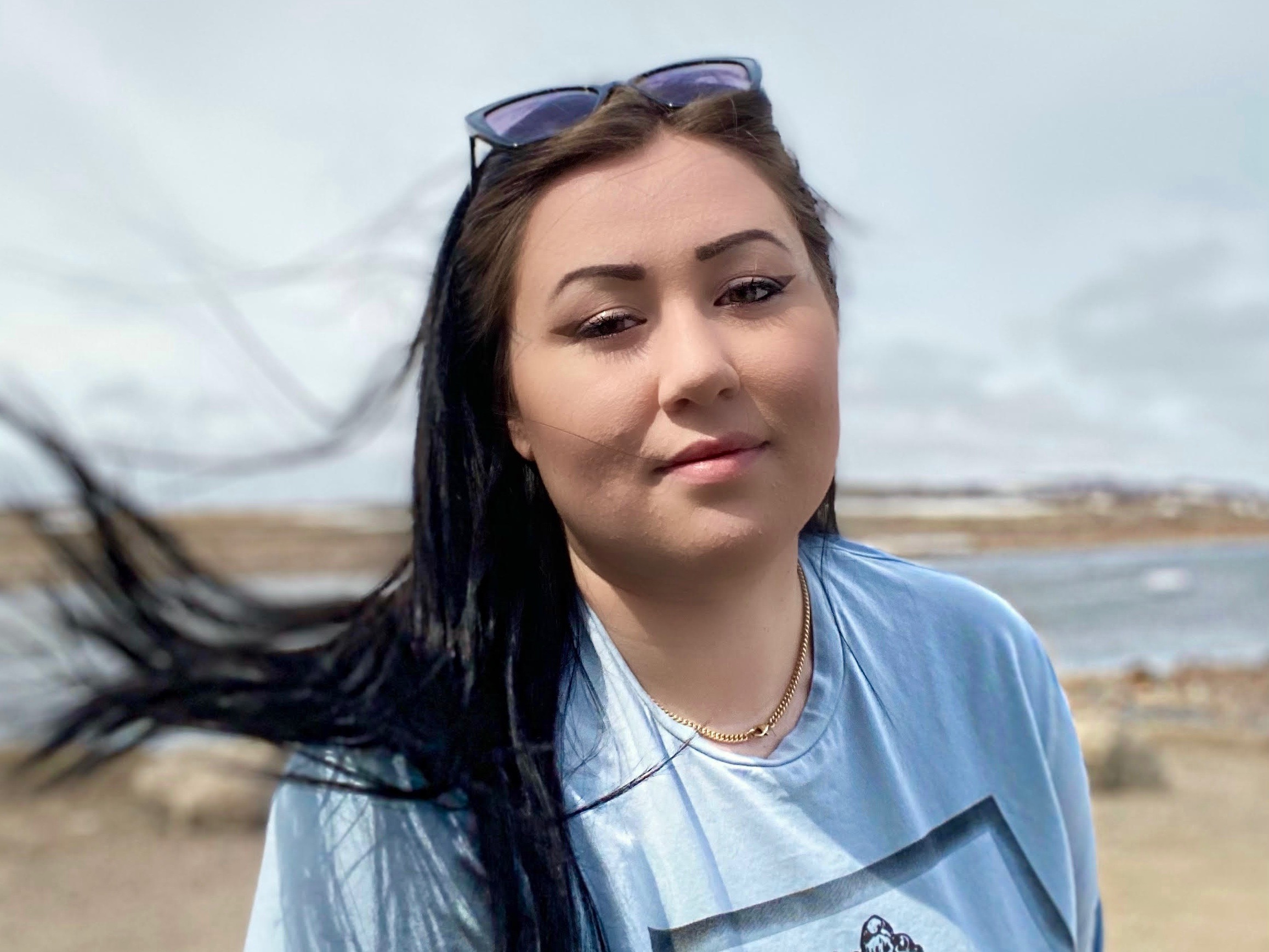 Kyra Flaherty has harnessed the power of TikTok to show her nearly 25,000 followers how much food costs in Nunavut.

And her followers are listening. Managing her online platform now comes with the task of distributing the hundreds of boxes of food, toiletries and other items her followers have sent to her Iqaluit mailbox in an effort to help.

“During the summer it was on average 40 to 50 boxes per week,” said the nursing student and mother of three. “It’s amazing, I really wasn’t expecting it.”

With her husband’s help, the mailed items get re-packaged and distributed to families around town.

Now that she’s busy in her first year of nursing school at Nunavut Arctic College, Flaherty still receives about 10 boxes per week and has been recommending followers donate or volunteer at food banks if they want to help.

Flaherty said she originally created her account when her daughters told her about the app. She started by posting videos about her culture and life in Nunavut’s capital.

She also has used it to answer questions on topics like the Nutrition North program, the northern living allowance and rent prices.

When a follower left a comment asking her to show grocery prices in stores near her, Flaherty’s content started getting hundreds of thousands of views.

“The desire to learn more and hear the truth from someone from Nunavut was a big one for people,” she said.

Canned soup is priced at $7.29. (Screenshot/TikToko)

Since May, Flaherty has posted over a dozen videos showcasing unaffordable food and home items in Iqaluit and in other communities.

By gathering photos from friends and followers across Nunavut, she’s been able to show the spectrum of the problem, including $67 diapers in Rankin Inlet.

The prices in Grise Fiord, the northernmost community in the territory, surprised even herself, Flaherty said.

Her video shows a dozen eggs selling for $11, saltine crackers going for $18, and honey priced at $30.

“That one was very shocking to me, it’s very eye-opening,” she said.

On top of teaching people about Inuit culture, answering questions on the North, and shutting down stereotypes, Flaherty said creating videos gives her the chance to learn as well.

“People will ask me [questions] and I won’t be entirely sure myself, so I’ll go ask people who know the answer or research it,” said Flaherty.

For example, when a follower asked about the subsidies the federal government provides through the Nutrition North program, Flaherty got the information to explain how the funding doesn’t always appear to get to the consumer.

On Tuesday, Flaherty launched her next project, an online fundraiserto buy winter boots for community members.

“I actually had a dream about it last night,” she said with a laugh.

“When I woke up, I figured that’s a really good idea, and I think my followers on TikTok, and friends in Iqaluit would be able to help me with that.”

Between her full-time studies, being a mother, creating Nunavut and makeup-related content on TikTok, and distributing the food and care packages, Flaherty said she has about one per cent “me time” left at the end of the day.

But “my mind’s been wrapped around how I can help the community for a long time now,” she said.