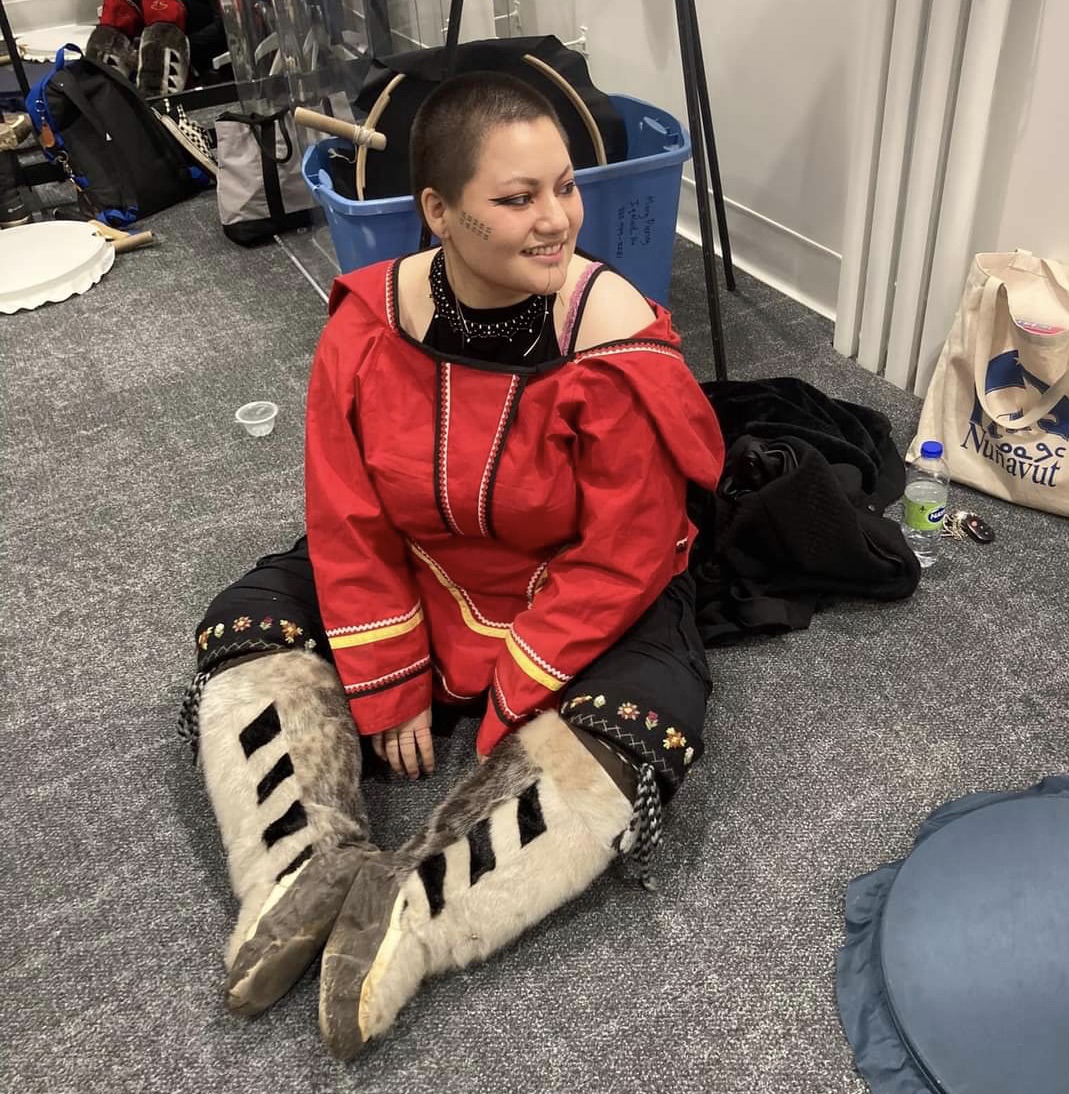 Olivia Chislett, a teacher and artist in Iqaluit, is the illustrator and writer of an original 12-page comic book called “Stopping by Woods,” published by northern printing press Hecate Press. (Photo courtesy of Olivia Chislett)

When Olivia Chislett watches a horror film, she often finds herself identifying with the monster.

“Growing up, I identified with a lot of the villains of the movie or the creatures for being different, whether it was they acted different or they looked different,” she said.

During the day, Chislett, 24, works as a substitute teacher, foundations skills assessment teacher and as a throat-singing instructor at Inuksuk High School in Iqaluit, where she herself was once a student.

But when she’s not teaching, Chislett is a burgeoning comic book artist.

She is the illustrator and writer of Stopping by Woods, an original 12-page comic set to be released in June. The title is derived from the famous Robert Frost poem, Stopping by Woods on a Snowy Evening.

The comic is the result of a collaboration with Hecate Press, a micro printing press based out of Dawson City, Yukon.

In 2021, Chislett, a graduate of Seneca College’s art fundamentals program in Toronto, contributed to a comics anthology called Northern Gaze, a project by nine northern artists made for a northern audience, and published by Hecate.

Following the success of that project, she said, Hecate approached her again about creating her own solo comic book.

“I’ve been working on these characters for a long time and always said that I was going to do a comic or something with them,” she said.

“I just never got around to it, but when Hecate contacted me, I was like, ‘Oh, this is what I can do for it. I already have a story ready.’”

Chislett, who is also a throat singer and designer of fur garments and who describes herself as being of mixed Inuit and white heritage, said the story revolves around two First Nations characters travelling through the woods when one of them gets hurt.

“To save his friend, the [other] character has to reveal a secret and change his friend’s life completely for his friend to live,” Chislett said.

An illustration from Olivia Chislett’s comic book Stopping by Woods. When creating images for her work, Chislett said she likes to start first with sketches, then adds colour digitally on the computer. (Image courtesy of Olivia Chislett)

The story may be short, but Chislett said it draws on her affinity for darker characters.

“There are some stories where these creatures sound overly malicious, but some of them sound fairly benign or even helpful to the people that they interact with, or maybe they have a different sense of morality.

“I always found that really interesting — what we saw from their point of view, instead of just being scared right away.”

Chislett said she often tries to interpret a story from the supposed villain’s perspective, like Inuit tales of the Qallupilluit (or Qalupalik), creatures that live under the ice and take children.

“They were scary, but I always thought that there was always a possibility that they were lonely and they wanted kids. They wanted to raise a family,” Chislett said.

The comic made its debut in May at the Vancouver Comic Arts Festival, and Hecate Press will make a small number of copies available for purchase later this summer.