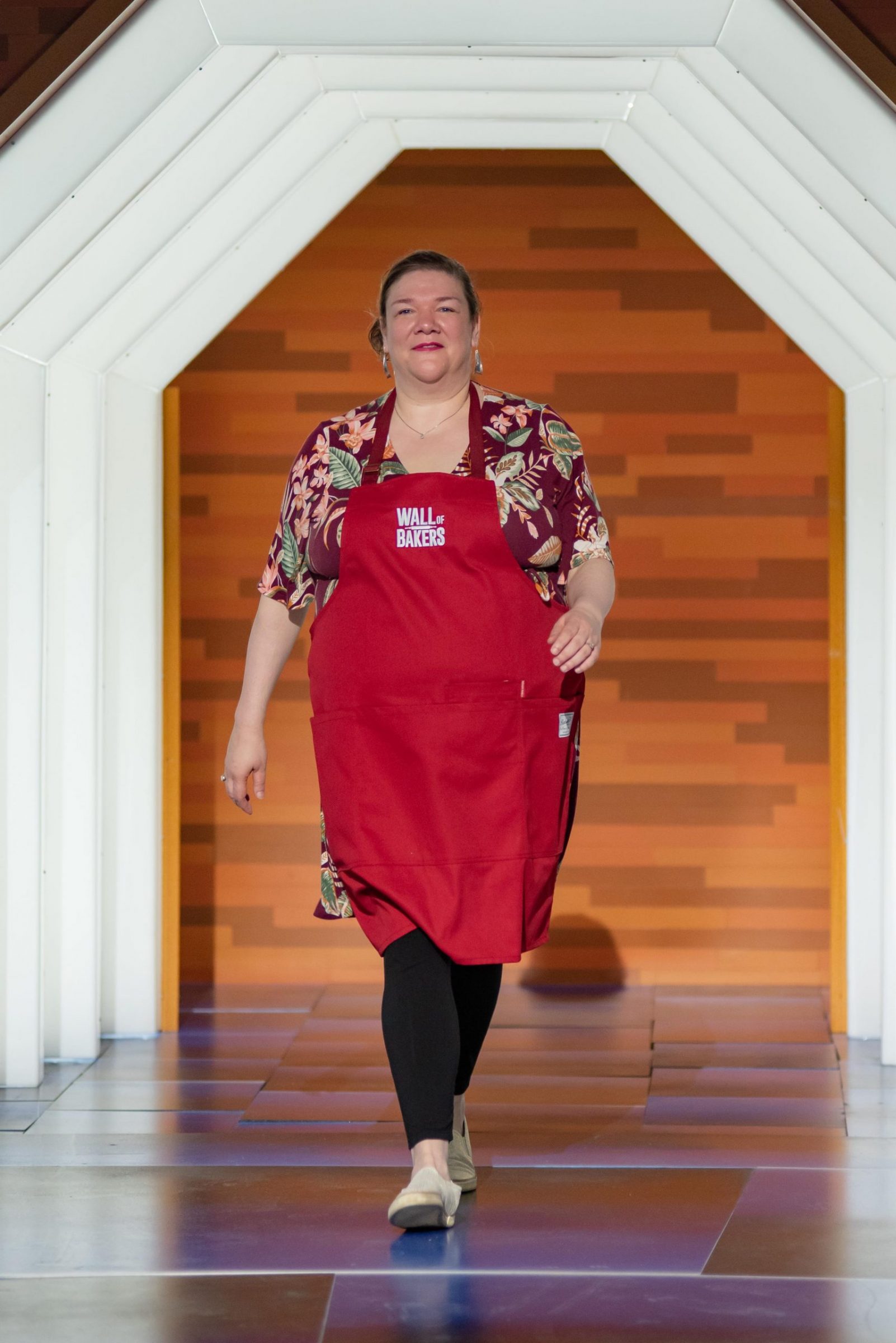 Iqaluit woman whips up a win on TV baking contest

Nicole Giles had to keep the final results secret, as she and her friends gathered in her Iqaluit home this week to watch her bake in a TV show competition.

She competed on Food Network Canada’s Wall of Bakers show last July, and since then she had to keep the outcome to herself.

But on Monday night, Wall of Bakers aired. By the time the winner was announced, her friends were screaming and Giles joined in the excitement.

The network’s new reality baking show was based on another of its shows, called Wall of Chefs.

Forty amateur bakers auditioned, and Giles was one of the four chosen to compete for a $10,000 prize.

Giles said a friend told her she may be one of the first Nunavummiut to go on a reality show and win.

For Giles, the process started in December 2020 when she auditioned for Wall of Chefs. She had a lifelong love of cooking, then worked to add baking skills to her repertoire in time for the show.

After gushing during her interview about a book on baking by well-known TV chef Anna Olsen, Giles was recommended to audition.

She was successful, and headed to Toronto for the show last July.

The entire competition was completed in one day, she said, with two practice rounds early in the morning followed by three rounds where a baker was eliminated in each round.

But the day didn’t start triumphantly for Giles; she said she failed miserably in the first practice round.

“I gave the poor women raw food,” she said.

But after a strong second practice round, Giles said, her nerves settled and the baking got easier.

The first round was the only one where contestants knew what they were baking. Giles whipped up a dish she makes around Christmas, a savoury sausage and cheddar bread pudding.

She finished third out of four in the round, and advanced.

In the second round, bakers were given two mystery ingredients — revealed to be maple sugar and dried cranberries — then given five minutes to decide what to bake.

She ended up making a Dutch baby pancake with an apple cranberry sauce and maple whipped cream, which placed her first in the round.

For the final round, the two remaining contestants had to bake using layers as a theme.

Giles didn’t want to bake a cake, the standard layered dessert. Instead, she chose a strawberry biscuit layered with strawberry sauce and lemon curd on top.

And it was that dessert that won her the competition.

“I was jacked,” she said. “I couldn’t sleep for days after, let alone that night.”

While winning is good, winning as woman from Nunavut was also important to Giles.

Originally from St. John’s, NL, she has called Nunavut home for more than 15 years after falling in love with the land and the people.

She said what she loves as a cook in Nunavut is the practice of cooking from materials off the land.

“When I won, everybody won as far as I’m concerned,” Giles said.