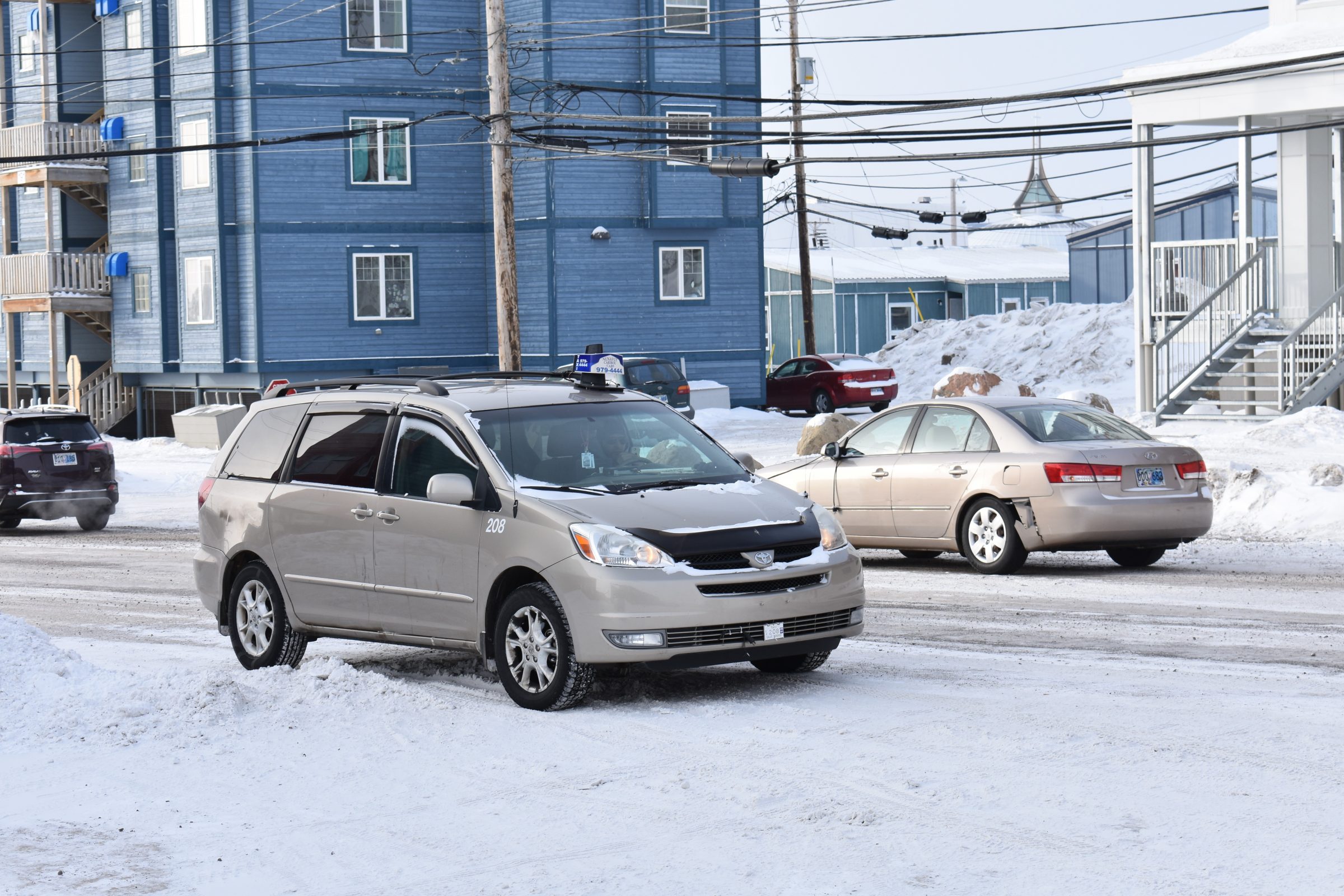 Last week, the biggest taxi company in Iqaluit got even bigger when Caribou Cabs acquired Pai-Pa Taxi—a deal that had been discussed by the two owners of the two businesses for years but only became official on March 20.

“We want to expand our capacity to provide a bigger range of transportation in Iqaluit.”

Omar said the price is still being negotiated. It won’t be finalized until the beginning of April.

However, by the end of this week, Caribou Cabs expects to be fully moved into what used to be Pai-Pa’s office.

This means there are now around 60 drivers in total within the merged company, Omar said.

On a Friday night, the busiest time for taxis in Iqaluit, almost all of them are out picking up passengers at any given time.

Now that the Pai-Pa calls are being rerouted to the Caribou Cabs phone line, the phone does not stop ringing.

For the next week, before they can get more dispatch lines, some calls just cannot go through.

This first transition week has been a challenge when it comes to calls for services, Omar said.

Soon they will have six lines between two stations.

While Caribou tried to outsource calls to an Ottawa call centre back in October 2018 as a trial, the experiment ultimately failed after a week or two.

“It was a project we tried but we have to listen to our customers, and our customers were not happy,” Omar said.

Now, all calls stay in Iqaluit, and will remain that way into the foreseeable future.

The takeover also means more Iqaluit taxis will be equipped with tablet-like devices that show the locations of vehicles and customers. Caribou Cabs has used this digital dispatch system since last fall.

As well, over the next few years Caribou Cabs plans to test new vehicles that are “stronger” than the current fleet, said Omar.

Now that they have taken over their biggest competitor, it will be easier to identify drivers and cars when customers have complaints, Omar said.

This had been a challenge in the past. People would make complaints about services but not know the name of the driver, the vehicle number or if it was even a Caribou or Pai-Pa cab.

With the two companies combined together in the dispatch system it will mean that each ride is more easily tracked.

And if disciplinary action or terminating an employee for negligence or poor service needs to happen, now it will be much clearer to identify and investigate.

“Our main goal is to provide a good customer service— to know that you are the only one that people enjoy,” Omar said.

“Safety and security is our number one priority.”