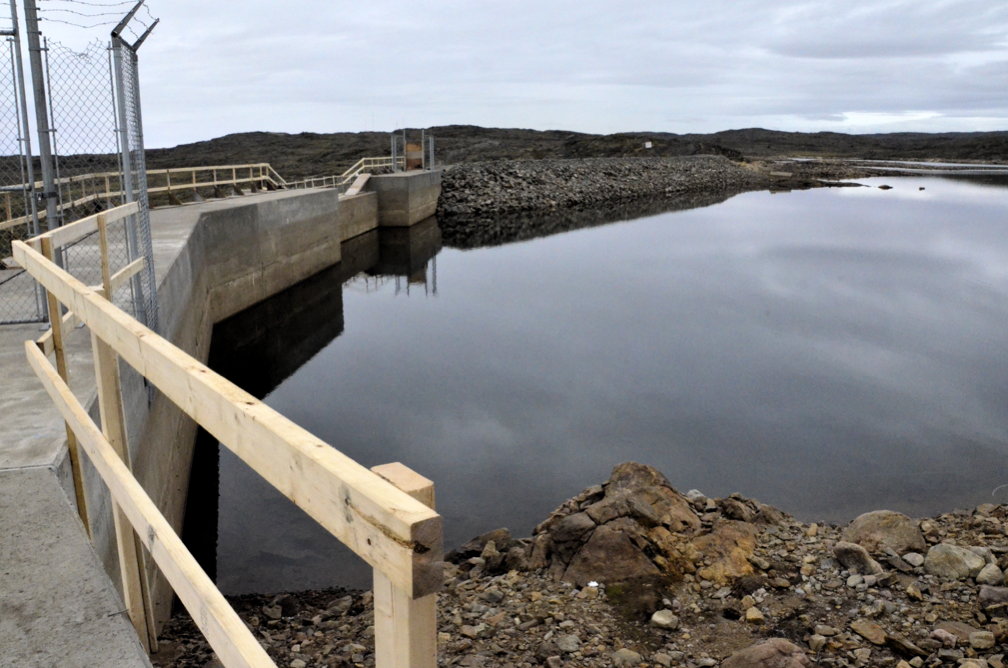 Lake Geraldine, pictured here, is expected to be full before the City of Iqaluit’s Oct. 15 deadline, but city council has decided to extend its ban on car washing until next June as a precaution. (File photo)

If Iqaluit residents were hoping to wash their cars before winter, they’ll need to get creative.

On Tuesday night, city council voted unanimously to uphold the car wash ban that has been in place since last summer, extending the ban until June of next year when it will be reviewed again. 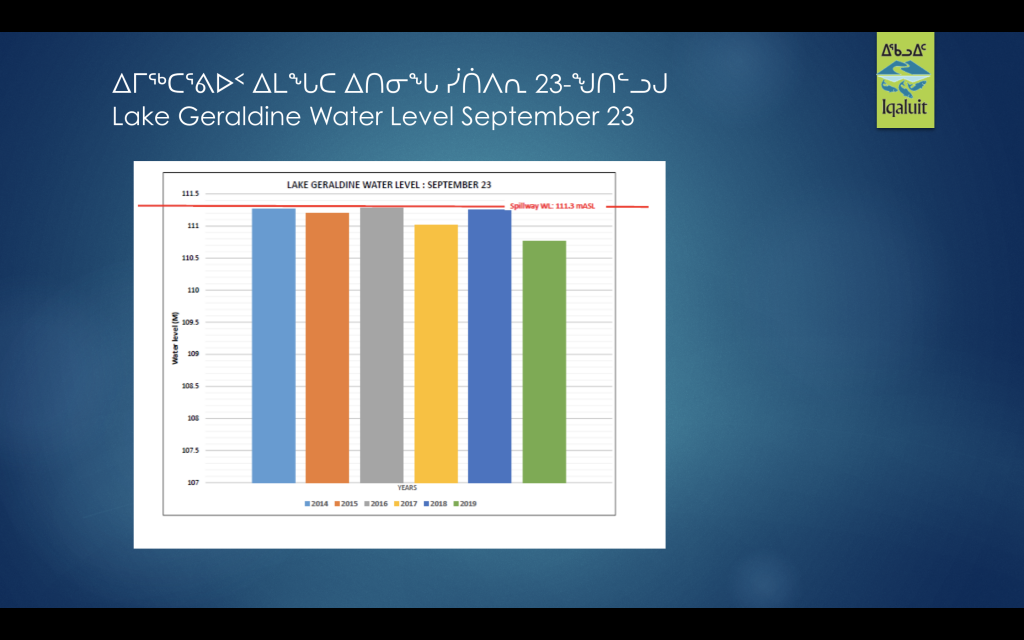 Graph of current Lake Geraldine water levels compared to the last five years. (Image courtesy of the City of Iqaluit)

As of Sept. 24, Lake Geraldine water levels were still lower than they had been at the same time in the last five years, but due to increased conservation, September rainfall and the ongoing emergency pumping, the reservoir is catching up.

According to chief administrative officer Amy Elgersma, the city is on track to fill the lake ahead of the Oct. 15 deadline.

Despite the good news, the council isn’t taking any chances.

“I don’t think that there’s any point where we’re going to support someone putting the water source of the city in jeopardy,” said deputy mayor Romeyn Stevenson.

In August, an unusually dry summer forced the city into declaring another water emergency, the second in two years.

Unlike last year, the solution of only pumping water directly from the Apex River to Lake Geraldine wasn’t enough. Lack of rain over the summer meant river levels were at historic lows and water would need to be pumped out of Unnamed Lake into the Apex River, then into the reservoir.

To date, the emergency pumping has cost the city $1.2 million, in addition to the budgeted funds from the semi-permanent Apex River pumping project. 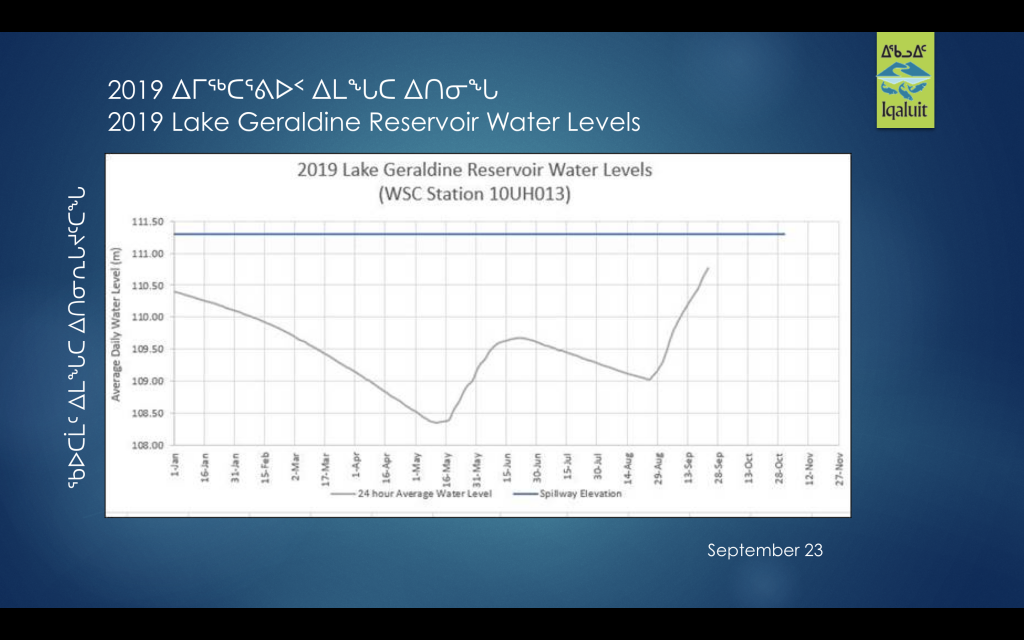 Graph of Lake Geraldine water levels from Jan. to Sept. 23. (Image courtesy of the City of Iqaluit)

While the emergency pumping has been successful, it’s not a permanent solution.

Once the reservoir is full, the hoses, pumps and equipment at Unnamed Lake will be removed. Any additional pumping from the lake would require another emergency amendment.

In a presentation during the council meeting, Elgersma noted that the city will need to pump again from the Apex River during the spring melt and potentially once again next fall.

But it isn’t just the emergency pumping that has helped with the water shortage.

According to a city council staff report, between infrastructure repairs and city-wide conservation efforts, water use was down 12 per cent over the summer. That trend continued into September.

“Normally we expect water use to increase once school starts again and everyone’s back from holidays,” said Elgersma on Tuesday night.

But water usage this month was down five per cent from August, which, according to Elgersma, is good news.

Although the ban prohibiting the use of city-treated water for the washing of vehicles was extended, it doesn’t mean a clean car is out of the question.

“I had my truck washed for the first time in two-and-a-half years on Sunday,” said Coun. Kyle Sheppard.

“Anyone who really wants to put the effort into going through the process of drawing water from other sources, there are options out there.”