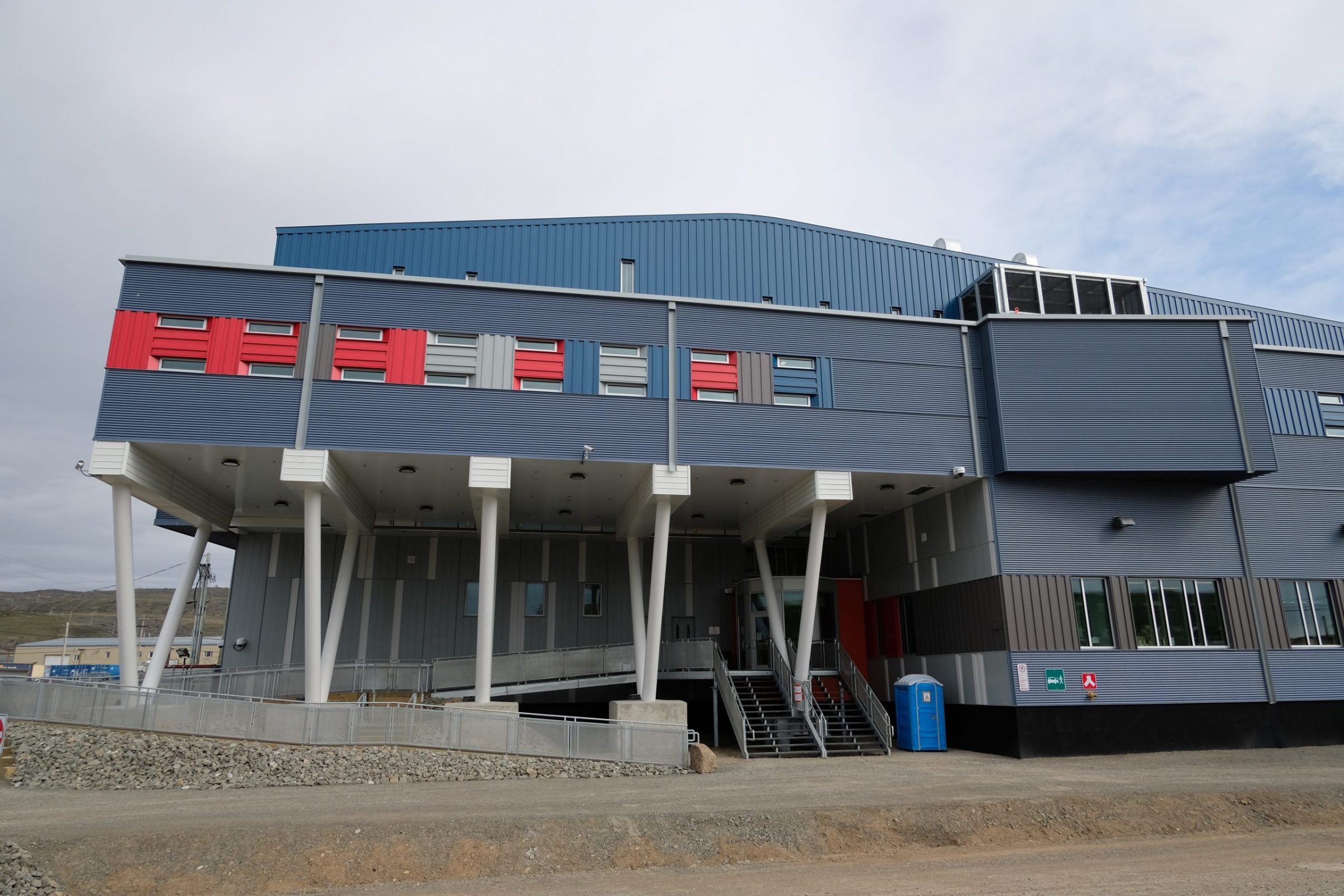 The new $90-million, 96-bed Aaqqigiarvik Correctional Healing Facility is set to have its opening ceremony in early September, said Mickey McLeod, as he gave reporters a tour of the facility on Thursday.

“The existing BCC [Baffin Correction Centre] is not a very healthy place.… It’s got low ceilings, it’s darker, it doesn’t have a lot of natural light coming in — so that building doesn’t really help us do our job to try to help the clients,” he said.

“Even though they know it’s a more secure building, they’re excited to come in.”

A 2015 report from the Office of the Auditor General spurred the department to begin planning the new jail, which is located behind BCC.

The auditor general found that the old jail was unsafe, rife with contraband, and that the inmates were subjected to unsanitary conditions, a lack of culturally appropriate programs and, ultimately, had their rights infringed upon.

The new facility was designed to solve those problems, McLeod said.

“We really built it with a healing lens. We don’t want it to feel like a jail everywhere in the building,” he said. “It has more of a campus-feel in a lot of the areas, and that’s the kind of feeling that we’re trying to create.” 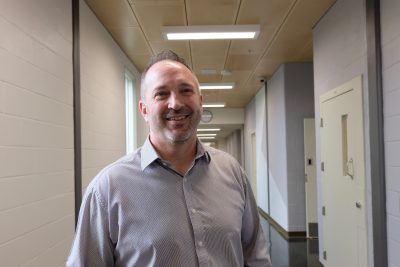 Nunavut’s acting director of corrections, Mickey McLeod, says the new jail “has more of a campus-feel in a lot of the areas, and that’s the kind of feeling that we’re trying to create.” (Photo by Mélanie Ritchot)

The Department of Justice worked with an elder advisory committee to work in cultural details throughout the facility.

As a result, the jail uses Inuktitut terms for rooms and spaces, McLeod said. “There won’t be any English on the doors. It’ll be Inuktitut and syllabics,” he said.

The medium security unit, for example, is called makigiarvik, meaning in progress or moving forward. The library is called uqalimaagaqarvik, the kitchen is kuuqarvik and the calming units are saimasarvik.

The building’s name, Aaqqigiarvik, means “place for help to make progress in life.”

“We’ve actually done some PowerPoints for our staff, to teach them, because I’m not gonna let them use English to describe the area,” McLeod said.

To help stem the flow of contraband into the building, visitors remain outside the secure part of the building, separated from inmates by Plexiglas during visits. A full body scanner, meanwhile, will help reduce the need for frisking, which is intrusive for inmates and staff, McLeod said.

“There’s very low risk of any sort of contraband being brought into the facility,” he said. 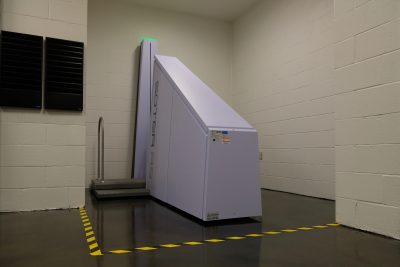 Aaqqigiarvik Correctional Facility’s full body scanner will be used to help stop the flow of contraband into the facility. (Photo by Mélanie Ritchot)

The new jail features a garage for ambulances and sheriff’s vehicles to pick up and drop off inmates.

At the old jail, inmates are dropped off outside of the building, where there was always a chance for them to slip and fall or to try to run, McLeod said.

Each security unit is mostly separated from the others, which, McLeod said, is safer than transferring inmates through different units to access food, prescriptions or programs.

The waiting area in the medical space alone is bigger than the entire medical space in BCC, and there are two negative-pressure treatment rooms for people with infectious diseases like tuberculosis, or COVID-10, he said.

There are wooden doors for cells instead of steel ones in the lower security areas, there is natural lighting in all of the cells and many common areas and the inmates have access to a video calling system to see their families.

“We want it to be secure and solid, like a correctional facility, so that they can’t breach or so that they can’t do anything when stuff goes wrong, but all in all, we’re trying to create a very positive environment for them,” McLeod said.