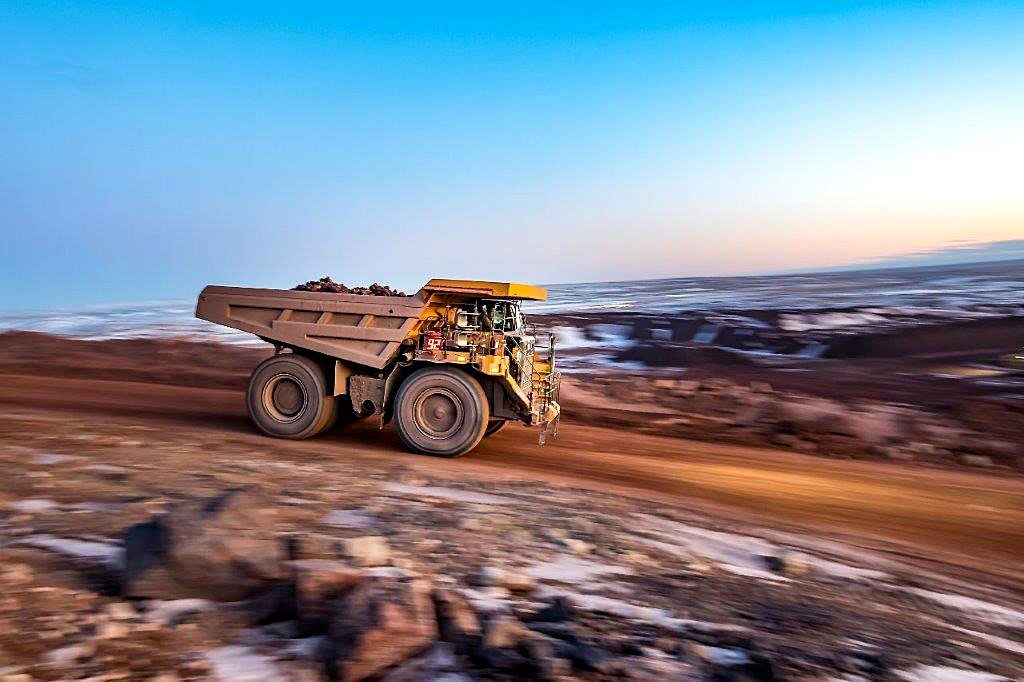 A haul truck carries iron ore extracted from the Mary River mine on north Baffin Island. Under the phase-two expansion plan put forward by Baffinland Iron Mines Corp., the company would use a railway instead of haul trucks to carry ore to its port at Milne Inlet. (File photo)

By Gary Vivian
President, N.W.T. and Nunavut Chamber of Mines

The N.W.T. and Nunavut Chamber of Mines was created over 50 years ago, and our vision is to work for “a strong minerals industry that benefits the peoples of the North.”

From that perspective, we would like to offer the following thoughts and observations on the Mary River mining project.

The Mary River project is a game-changing opportunity for Nunavut and Nunavummiut. It provides an opportunity for longer term training, employment and sustained revenues for Inuit, Inuit associations and governments.

In 1962, two flying prospectors discovered the high quality but remote Mary River iron ore deposits on northern Baffin Island. Despite being found to be of better quality than most deposits being mined around the world, their remote location and the low iron ore prices in a very competitive marketplace dashed any hopes of ever mining them economically.

Thus, the iron ore deposits would remain as interesting oddities for another 50 years.

A quick Google of 30-year iron ore prices, for example, indexmundi.com, shows why Mary River had no chance of becoming a mine at historically flat and low prices.

However, with an almost 500 per cent jump in prices, briefly in 2008, and then again, from 2010 to 2013, market optimism suggested mining at Mary River might be possible.

With rising iron ore prices and a positive outlook, Baffinland Iron Mines made the decision in 2008 to unlock the Mary River iron ore opportunity.

They were joined by partner ArcelorMittal who, besides being the world’s biggest steel maker, operates an iron ore mine in remote northeastern Quebec, from which it ships ore on its own privately funded 420-kilometre railway to Port-Cartier, Canada’s largest private port. Their experience was a good fit to make Mary River mining work.

Unfortunately, by the end of 2015, iron ore prices had fallen to abysmal levels, similar to the previous 30 years. While prices have turned around, it’s been less than dramatic.

While Mary River is arguably the best iron ore deposit in the world, it is also in the worst location to be mined profitably, and all on its own without infrastructure support.

It needs a much better iron ore price, or much larger production levels, in order to achieve the economies of scale required to be sustainable in a highly competitive market and ultimately be profitable.

To be profitable, bigger is better in the iron ore business as bigger production reduces the costs per tonne of mining.

Mary River, even as proposed, is not a big iron ore mine. A good comparison might be that, even with expanded production, the Mary River mine in the iron ore business is like an Arctic hare compared to a muskox.

Thus, it is no surprise that Mary River must be mined at higher production levels to be economic, certainly at these market prices.

It’s important that people understand that governments around the world—both public and Indigenous—invite mining companies to come and invest in order to do what those governments themselves cannot do: that is to convert rock into training, into jobs, into business opportunities and to generate revenues that can help benefit governments’ constituencies and beneficiaries.

When they invite companies in to invest, governments also expect those companies to take on even more responsibilities by bringing their required expertise, bringing in huge investment dollars, and also having the courage and capacity to take on what can be significant and unpredictable market risk.

Governments, in turn, can provide companies with regulatory process certainty, an able labour force, and in many cases, they assist by helping with supporting transportation and power infrastructure.

For example, in Alaska, government funding provided the port and road for the Red Dog mine, which is owned by the Inupiat and operated by Teck. The company pays off that road and port over time with annual payments.

The Mary River iron ore mine appears to be at an unfortunate and dangerous impasse at the moment. All parties—company, Inuit, and government—have much to lose.

Our members watching the process are expressing concern over potential effects of this impasse on future projects.

We would respectfully provide the regulators and all the parties, including the company, with the following recommendations, which are the usual recipes for mining success:

• Move with speed. Don’t let the impasse drag on. Markets (and iron ore markets especially) are very competitive and prices are fickle. Too many projects have failed due to process slowness while the markets changed. A good case in point is the Mackenzie Gas Project, which became uneconomic when new gas supply decimated the market. Unfortunately, the Aboriginal Pipeline Group, which was going to have equity participation in the project, was also the loser because of the snail-paced environmental assessment process.

• Work together quickly to resolve concerns. Mary River has been described as a multi-generational mining opportunity. The deposit currently being mined is just one of many that can sustain operations and benefits for many future generations. Build the landowner-company foundation with strength and trust, so that it lasts.

• Of course, be diligent to ensure the work being proposed is done with due care for the environment. The Nunavut Impact Review Board process is a good one to provide those assurances. Know too that companies and their investors understand and support environmental diligence.

The outcomes of the phase-two assessment process are being closely watched by many current and potential Nunavut investors, who are looking for a successful resolution to bolster their confidence in the territory.

We urge the parties to sit down quickly and find creative solutions to address and resolve the current impasse and support responsible advancement of the mine. We very much believe that a solution exists.