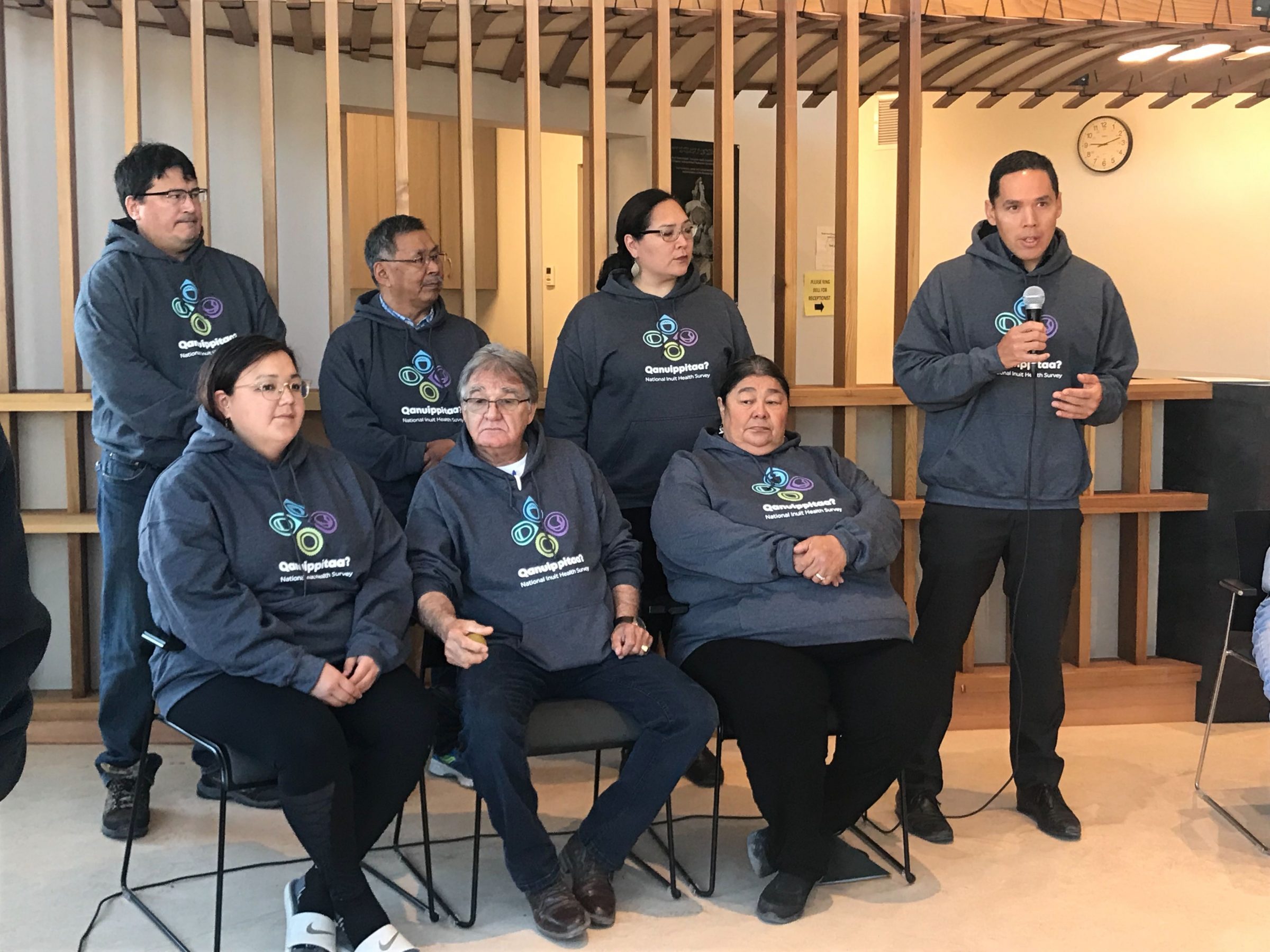 The survey will be developed and led by a working group made up of the four Inuit regional organizations, Inuvialuit Regional Corporation, Nunavut Tunngavik Incorporated, Makivik Corporation, the Nunatsiavut Government, Inuit Circumpolar Council Canada, Pauktuutit Inuit Women of Canada and the National Inuit Youth Council, ITK said in a news release.

“That gives me a huge hope that we are going to be able to now talk more definitively about our social conditions than we ever have been before,” said ITK president Natan Obed during the announcement.

“That allows us then to work on policy change in a much more specific way because it gives us more information that we can rely on.”

A previous Inuit health survey took place more than 10 years ago, in 2007-2008. It was developed by representatives from southern universities in partnership with organizations like the Nunatsiavut government, Nunavut Tunngavik Inc., the Inuvialuit Regional Corp. and the Nunavut Association of Municipalities.

The 2007-2008 survey, called Qanuippitali and funded with $10.6 million through the International Polar Year, was conducted from aboard the Coast Guard’s research vessel, the Amundsen, which called at nearly every Inuit community in Nunavut, Labrador and the Northwest Territories.

A similar Inuit health survey was done from the Amundsen in Nunavik in 2004, and again in 2017.

But this survey will be permanent and will cover all four regions of Inuit Nunangat at the same time. It’s funded by a 2018 federal budget allocation of $82 million over 10 years, with about $6 million a year after that.

The survey will take place every five years, in every community in Inuit Nunangat. Data will be collected by Inuit and reflect Inuit priorities, ITK said.

It will also include Inuit of all ages from all four regions and all 51 communities, Obed said.

“This is a large undertaking. We have taken a cautious approach all the way through…. 2021 was a cautious marker right from the beginning because we got the money in 2018. So for a lot of people, waiting three years to start a survey might be too long, but for us, we had to start this from scratch, and we want to do this right,” Obed said.

The survey is still in its development phase, which includes creating questionnaires and establishing community connections before the project begins, ITK said.

“And then we have often had to use that information to talk about the Inuit condition, whether it’s the rate of cancer or our mental health.”

Another goal of the survey is to train Inuit to conduct the surveys on an ongoing basis.

“This will help to ensure Inuit have greater control over research, while also providing survey and research-related expertise and jobs that will stay in Inuit communities,” said the release.

One problem with the previous ship-borne surveys is that people who were unable to board, such as elders or pregnant women, were often unable to participate.

The new survey will be conducted in-person, with surveyors flying in to each community, ITK said.

ITK’s annual general meeting wraps up this afternoon at the Mary Our Mother Church in Rankin Inlet.

The first national Inuit health survey was developed by representatives from southern universities in partnership with the Nunatsiavut government, Nunavut Tunngavik Inc., and the Inuvialuit Regional Corp., the Nunavut Association of Municipalities and other organizations. An earlier version of this story incorrectly stated that it was operated by ITK.